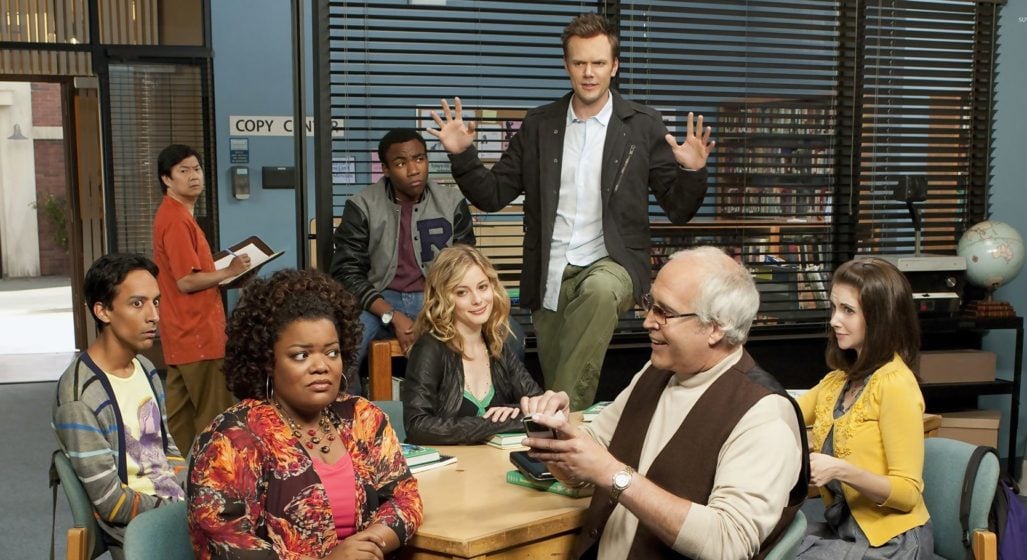 The cast of the cult hit series Community reunited to record a virtual table read – something that has generated a tremendous amount of hype given the recent resurgence of the show’s popularity on Netflix. As well as the promise of Donald Glover actually being present.

The world’s favourite (and most meta) study group came together to raise money for a charity dedicated to feeding first responders on the frontline of COVID-19. And encourage us dunces to stay home. And – if you let me put my tinfoil hat on for just a moment – to goose even more hype for the impending, though still unconfirmed, Community movie.

The virtual table read was for S05E04 “Cooperative Polygraphy” – the episode where the study group mourns the death of Pierce (portrayed by Chevy Chase), and must endure a will reading which also happens to involve a polygraph test.

True to the Pierce character, there’s an element of manipulation and revealing hard truths. The will pits each member against one another and, given the whole inescapability of a lie detector test, stretches the limits of their friendship.

Of course, this simply wouldn’t be a legitimate Community reunion without the man responsible for the show itself; to the point where you can practically trace his DNA in every punchline (but not in a gross way). Which is why creator Dan Harmon is also present to once again run this comedic vessel.

Watch the Community table read below – and hit the link here to view the after-show Q&A.

[NOTE: 25:24 is around where Pedro Pascal starts breaking character several times because of the bottles of sperm jokes.]