Fast & Furious 9 Will Take The Family… To Outer Space 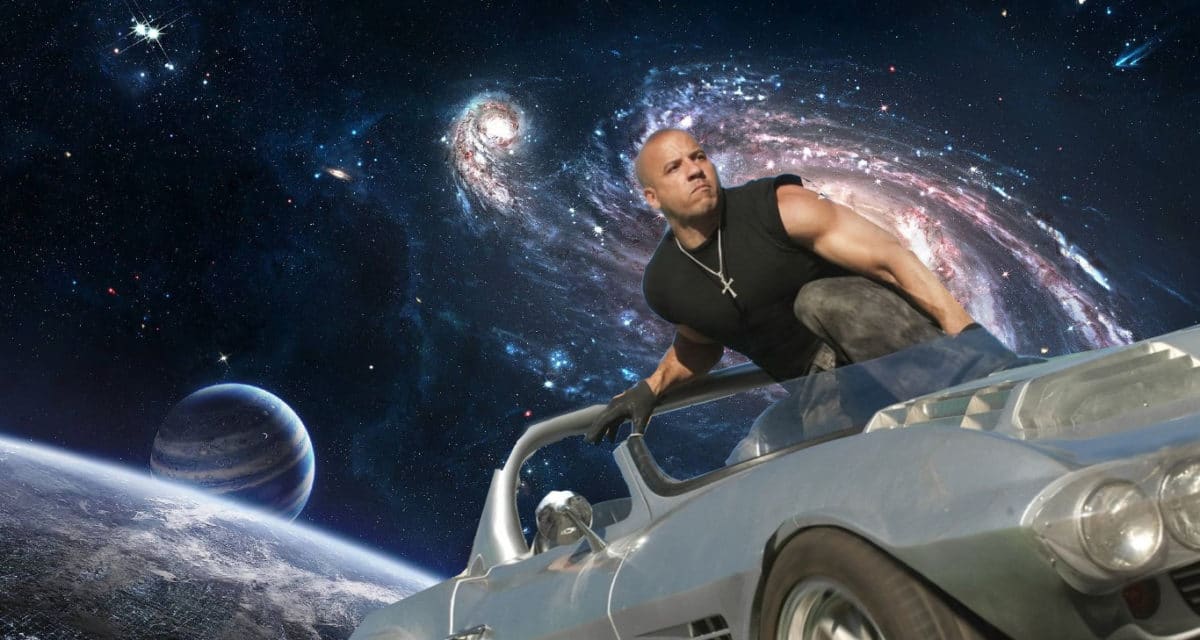 I had to ask. I just had to ask. I made my little jokes, thinking we’d found a definite ceiling after that whole nuclear submarine car chase. But now, Fast & Furious 9 will see Dominic Toretto and family take their NoS-fuelled antics to outer space. Eat it, Tom Cruise.

The prospect of Fast & Furious 9 shooting beyond the stratosphere was first hinted by Ludacris a few months prior. Appearing on SiriusXM recently, Michelle Rodriguez confirmed the rumours:

“Oh, no way. How did you guys find that out? See what happens? People start talking behind the scenes, man. When a movie doesn’t come out and forget about it, things get out. Nobody was supposed to know that…Oh, well, no, I’m not, I’m not, I’m not lucky enough to hit space, but we did get a female writer and showed a lot of love, I think, on this one. Thanks to Justin Lin. We were able to, to find a little bit more attention and love for the girls in the movie. And so I’m really hopeful that that, that shows through in the final product.

It would appear that only a select few characters will be leaving the planet. In what kind of vehicle is anyone’s guess. At this point, I’m just hoping they double down on the silly and use a Dodge Charger that’s just modded to fuck.

Alongside Vin Diesel, Rodriguez, and Ludacris, Fast & Furious 9 will see the return of Tyrese Gibbson, Jordana Brewster, Lucas Black, Charlize Theron, and Sung Kang as Han (back from the “dead”). John Cena will be introduced to the universe as Dom’s master thief/assassin/performance driver brother – yes, really – with Cardi B and UFC’s Francis Ngannou also cast in undisclosed roles.

Justin Lin has reprised his directorial position for this one. And my hopes that Lin would – direct quote from an article I published in February 1st – “bring the story slightly back to Earth” has effectively been dashed. I think on some level, I could smell the silliness from 4 x quarter-miles away.

Fast & Furious 9 was originally scheduled for international release on May 20th this year. That date has since been revised to April 2nd of 2021.