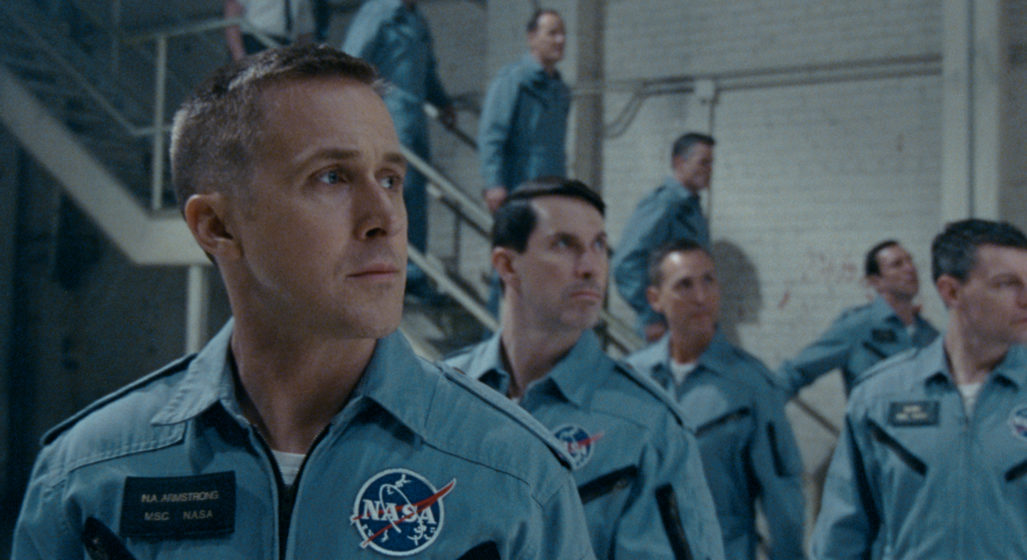 Ryan Gosling has reunited with La La Land and Whiplash writer/director, Damien Chazelle. The project? Lets just say it’s one small step for the box office and one giant leap for a potential Academy Award, as Gosling is set to play Neil Armstrong in First Man.

By the looks of the trailer, the film will centre more towards the lead up to mankind’s historic space voyage to the moon in 1969 than the actual landing itself. And while a piece of cinema such as this would usually reek of Oscar-bait, the tonality and gravitas of the drama hints that it may in fact elevate itself above the strata of all that jazz into something more compelling. Something more bearably entertaining.

In terms of supporting cast, the lineup is stacked with talent. Everyone from The Crown‘s leading lady and The Girl In The Spider’s Web talent, Claire Foy, to Jason Clarke (Zero Dark Thirty, Serenity), and even Kyle Chandler (Wolf of Wall Street, Manchester by the Sea).