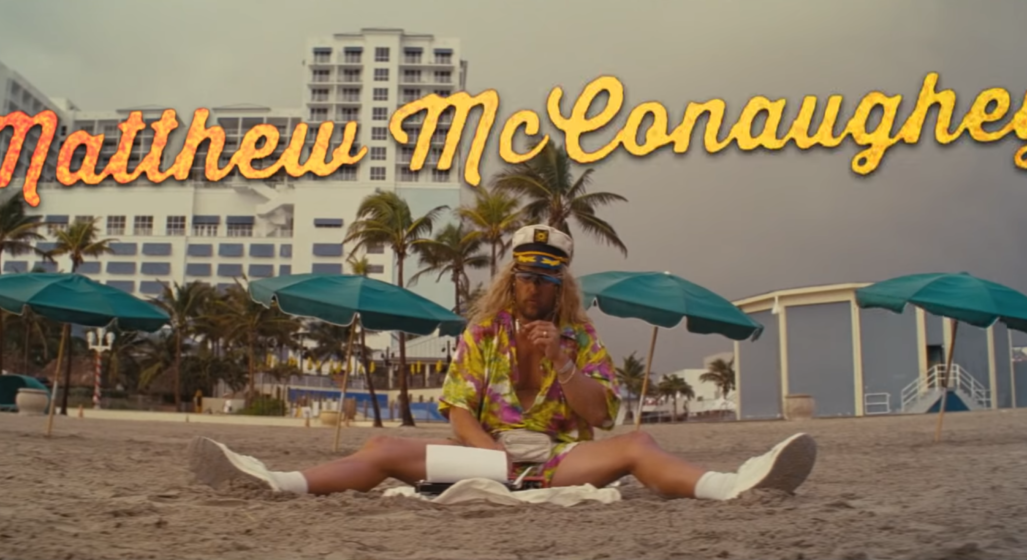 When Matthew McConaughey gets weird, we all win. That being said, a massive victory is in sight with the first trailer for The Beach Bum, an LSD and charm fueled romp brought to you by Spring Breakers director, Harmony Korine.

The trailer shows McConaughey stumbling from scene to scene intoxicated and, quite frankly, fucking hilarious as lead protagonist, “Moondog”. “Moondog” seems to represent a lovable burnout we’ve all grown up with, or at the very least encountered tangentially. In terms of on-screen representation, he’s everything described in The Joker by the Steve Miller Band:

And in the words of Isla Fisher’s character, he’s from another dimension.

Joining McConaughey and Fisher is a stacked cast list of Zac Efron, Jonah Hill, and even Snoop Dogg. This should be a good ‘un.

The Beach Bum is set to hit theatres on March 22nd next year.