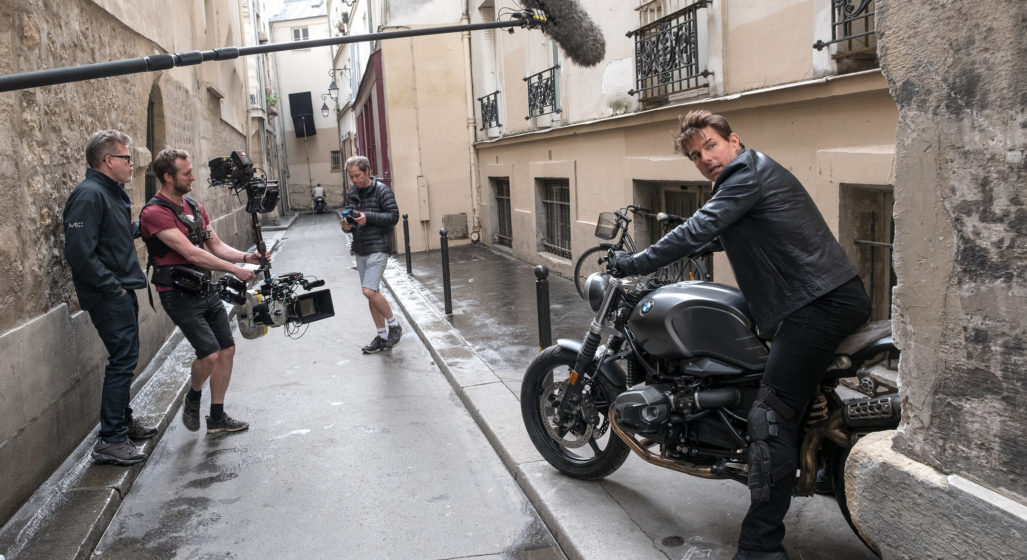 Tom Cruise has hardly aged a day, which is surprising considering the man’s probably the most overworked stuntman (moonlighting as an actor, producer and director) in Hollywood right now. After the incredible lengths he went to for Mission: Impossible – Fallout, and with a brief stint pulling 8Gs for Top Gun: Maverick, the cinematic hero is back at the helm of Mission Impossible 7 an incredible 25 years since his debut as IMF agent Ethan Hunt. Yep, he’s not done yet. The seventh kickass blockbuster in the franchise is well and truly in development, so here’s everything we know so far about MI7.

It sure is, and while we know it’s coming to our screens as soon as 2021, it’s still unclear what the theatrical title of the film will be. MI7 be the third instalment of the franchise since Rogue Nation for which Tom Cruise will once again pair up with director Christopher McQuarrie.

Originally reported as being filmed back-to-back with an eighth sequel, Mission Impossible 7 was scheduled to commence filming in Venice, Italy, back in March of this year. Just hours before the cameras rolled, however, the cast and crew were put on ice by Paramount Pictures as the coronavirus pandemic took hold of Europe.

As a guest of Empire Podcast’s 400th episode, McQuarrie discussed his rather fast and loose approach to writing and directing the Mission films, joking that he only finished the plotlines for Mission Impossible 7 a month before the cameras were set to roll.

“I figured out the story about four weeks ago,” he revealed during the live podcast back in February. “I moved one essential piece of the puzzle, and suddenly I was able to outline the entire movie in eight minutes.”

What that entire movie looks like, though, is still anyone’s guess. The next two films have clearly become quite dependent on elaborate sequences – i.e. mind-blowing stunts and choreography, such as the previous film’s ‘HALO’ sequence. McQuarrie and Cruise prefer to flesh out these bigger scenes before deciding how they link together, with McQuarrie admitting he sometimes moves these set pieces between films entirely, pushing them back to the following sequel if he feels it doesn’t fit the next one.

One thing’s for sure though, and that is Tom Cruise isn’t going to space – at least not for MI7. It has since been revealed that SpaceX and NASA are working with Cruise separately for that project, which still sounds as crazy as you’d expect it to be.

Simon Pegg expressed his excitement to The Independent in finally receiving an individual character arc for his role as Benji, and suggests that all other supporting characters will soon be getting theirs, too. How Cruise and McQuarrie expect to fit all of these in-between their hair-raising stunts, though, is anyone’s guess.

If it ain’t broke, don’t fix it, right? Showrunners likely assumed the same when calling back staple Mission castmembers including Ving Rhames, Simon Pegg, Rebecca Ferguson and Vanessa Kirby. Interestingly, and to much fan excitement, Henry Czerny will reprise his role as the enigmatic ‘Kittridge’ from the franchise’s very first film in 1996.

Prior to the onset of the global pandemic, Mission Impossible 7 was scheduled for a July 2021 release date with the eighth instalment to follow almost exactly a year after. MI7 has since been provisionally pushed to November 19, 2021, with the untitled sequel also moved to November 2022.

This may change in the coming months depending on how strung out these delays might be, so we’ll be sure to keep this updated accordingly with any news.