If You Liked ‘Lord Of The Rings’, You’ll Love Amazon’s ‘Wheel Of Time’

Over two years since HBO’s seminal Game of Thrones concluded in disappointing fashion, just about every subsequent fantasy series – and even certain sci-fi dramas – have bent over backwards to market themselves as “the next Game of Thrones.” And unsurprisingly, the vast majority have failed to accomplish the same level of cultural impact. Amazon Prime Video’s The Wheel of Time, on the other hand, is more than happy to distinguish itself from the crowd. Not only is it actually far more comparable to another beloved fantasy franchise penned by JRR Tolkien, it’s also bravely striking out on its own beyond the gaping hole left by HBO – which ironically positions it as a likely successor to GoT.

Based on the high fantasy novels authored by Robert Jordan with Brandon Sanderson as co-author of the final three instalments after the former’s untimely passing, while you might not have been familiar with The Wheel of Time prior to opening this article, there’s more than a few interested parties. In fact, as of 2021, the books have sold over 90 million copies worldwide – making it the best-selling epic fantasy series since JRR Tolkien’s The Lord of the Rings.

Complete with richly detailed world-building, it’s set in an unnamed realm that’s simultaneously the distant past and the distant future Earth due to some cyclical time fuckery, hence the name. In terms of the Amazon series, global audiences will follow Moiraine (portrayed by Rosamund Pike) – a member of the Aes Sedai, which is a powerful, all-female organisation of magic users. Moiraine takes a group of five young individuals on a journey across the lands, believing one of them might be the Dragon Reborn. For reference, that’s a powerful individual prophesied to either save humanity or destroy it.

Rosamund Pike is joined by Josha Stradowski as “The Chosen One” Rand al’Thor, Marcus Rutherford as Perrin Aybara, Zoë Robins as Nynaeve al’Meara, Barney Harris as Mat Cauthon (who is set to be replaced by Dónal Finn for season 2), Madeleine Madden as Egwene al’Vere, Daniel Henney as al’Lan Mandragoran, Michael McElhatton as Tam al’Thor, and Álvaro Morte as Logain Ablar.

This adaptation has been developed by Rafe Judkins, the screenwriter and showrunner best known for working on such shows as Chuck, Hemlock Grove, Marvel’s Agents of SHIELD, and oddly enough, a contestant on Survivor season 11. The early episodes of The Wheel of Time season 1 have been directed by Altered Carbon, Westworld, and Stranger Things alum Uta Briesewitz.

Amazon Prime Video‘s The Wheel of Time will arrive with its first three episodes on November 19th (tonight), with weekly episodes thereafter until the season finale scheduled for December 24th – watch the first trailer above and the latest trailer below.

Side note: If Amazon manages to pull this off, it’ll be an extremely positive sign for its upcoming and much-hyped Lord of the Rings adaptation (on track to become the world’s most expensive television show). 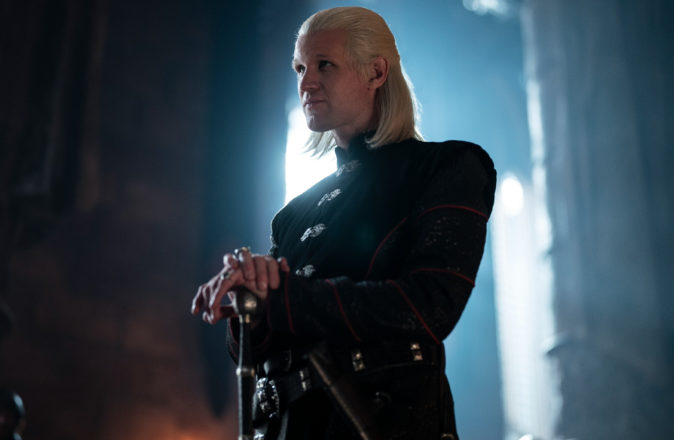 ‘House Of The Dragon’ Is Better Than ‘Game Of Thrones’, According To Critics