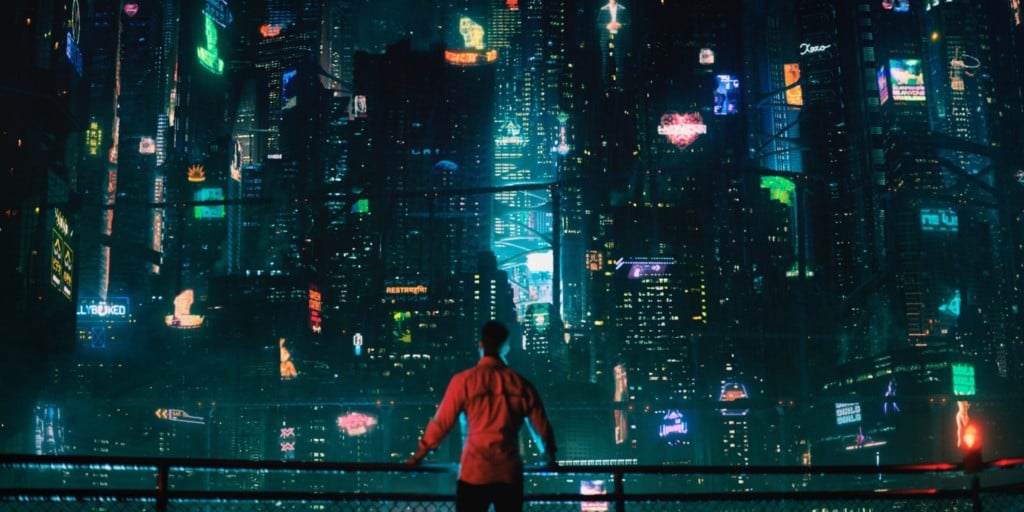 We’ve reached a point in the year where there’s a lull of things to binge. Releases have either already been consumed, or remain in the pipes. To fill the inevitable void left by the likes of Stranger Things, Netflix has just premiered the trailer for a new sci-fi series entitled Altered Carbon. And it’s deliciously dystopic.

The premise of the show is based on Richard K, Morgan’s 2002 novel of the same name, and entails human singularity. Due to the rapid progression of technology, human consciousness can now be converted to a digital form and downloaded into a “cortical stack”. This is then transferred into a fresh body. Essentially, death has well and truly been cheated. And science spits on the face of God.

Altered Carbon will star Joel Kinnaman, who portrayed Takeshi Kovacs, an “Envoy soldier”. Kovacs has supposedly been revived centuries after his original death as to investigate the attempted murder of Earth’s wealthiest man. In the preview, we’re left with an ominous quote from Kocacs. “The danger of living too many times… you forget to fear death.” Suffice it to say, this is a Blade Runner-esque storyline dripping in an awesome neon aesthetic to match.

This is set to be an addictive watch, and an entertaining run of affairs, scheduled to debut on Netflix on February 2nd 2018. And you can check out the trailer in the link below.