‘The Defenders’: A Good Idea Executed Through A Series Of Bad Ones 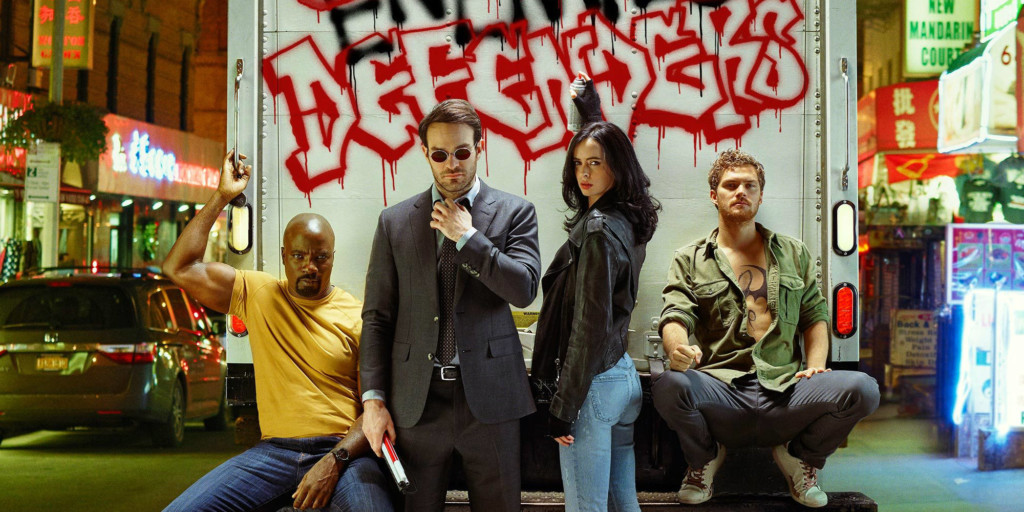 With all the hype that comes attached to any Marvel property these days, it’s no surprise that Marvel’s The Defenders series on Netflix was a thing of great anticipation. It was ostensibly the small screen response to The Avengers, a slow built culmination towards fleshing out more of the film/television universe. And for a moment, it seemed like something that was surely going to be pulled off. I for one was excited to see this cross-series collaboration of street level heroes, from the moment the trailer dropped with that sweet, sweet, use of Nirvana’s Come As You Are… until I actually started watching it.

This debut season started off slow. And no, I don’t mean a controlled build up, with marked points of tension, rises, and falls. I’m talking pre-Al Gore glacially slow. Like paddling on a life raft in the middle of the Pacific ocean, with no clear indication of where you’re going 100km in any direction. Granted, there was a requirement to lay down a foundation for those who didn’t watch each respective series, but the motivations of the characters on the entire spectrum of good/evil were either painfully contrived, or simply confused. We all know where it eventually leads to, we’ve watched movies before. Obstacles and dilemmas were drawn out to milk every last ounce of already dry drama. It was as if the writers were counting on the audience to commit on the goodwill of past deeds, and slug it through. But I was willing to forgive that– it wasn’t even the most major issue at hand.

On the subject of characters, there was little that could be considered redeeming about them. For starters, it’s always a bad sign when you find the supporting characters annoying and in the way. Thankfully, they dynamic was unbalanced enough that they were underutilized which I’d normally complain about, but not in this case. Now as much as that may be their actual function in the plot to slow things down a notch and ground the high flyers, you never really empathise with their cause. They were more props than people in their own right. The leading characters were no different, some more specifically than the others. Chalk it up to a shaky start in his own show, or maybe even the fact that no one sounds cool repeating “I’m the immortal Iron Fist” a thousand fucking times over like it’s supposed to mean something to ordinary people, but watching Danny Rand function as a cog in that machine was like watching an alien act in a play about humans, having never met one themselves.

There was a clear veneer of artifice and pantomime both in and out of the writing. You never got the feeling that you understand the motives as logical. And then later on learning his existence was a literal plot device, my comments about characters being props don’t seem so far fetched. The same can be said about Matt Murdoch/Daredevil. It’s clear what’s driving his actions (because of the in-your-face-exposition), but it’s always two steps left of centre from being something you’re fully invested in.

The villains were as two-dimensional, if not more so. We’re never shown how they’re cunning, calculating, or even really that dangerous. We’re just constantly told they are, with traits and personalities copy pasted from the idea of what a villain should be, and expected to take their word for it. I swear there were moments when they were one second away from twirling a cartoon mustache and disappearing in a billowing cape. There’s never a real sense of anything at stake, despite an entire city on the brink of being removed from its very existence. And that’s the crux of The Defender’s entire shortcoming. You just don’t care; about anything that’s said, done, or felt. You just don’t care.

Perhaps this is just an overly harsh response to a first season meant for set-ups. Perhaps this is just an overly harsh response as a result of highly inflated expectations, riding on the lofty precedents of spectacular past works. Perhaps this is just superhero fatigue. All I know is, The Defenders as a self-contained series so far is still very much half baked. There is a learning curve with new serialised undertakings, even ones with such established elements as this, and we can only hope that the growing pains, the blunders, and all the kinks involved come to be resolved for the better in the coming seasons. For now, shuffle back from the edge of your seat, and don’t hold your breath. This one isn’t going anywhere fast anytime soon.