If You Liked ‘John Wick’ & ‘Taken’, You’ll Love This Series About A Retired CIA Agent

In terms of entertainment factor, it’s tough to beat the whole “villains mess with retired badass harbouring a dark past” trope. It’s partially why we’re convinced upcoming FX drama series The Old Man will be yet another binge-worthy addition to its already-stellar lineup. The other reason? It stars heavyweight dramatic talents Jeff Bridges and John Lithgow.

Based on a cracking 2017 thriller novel of the same name penned by Thomas Perry, The Old Man follows Bridges’ Dan Chase – a former CIA operative who’s spent decades living off the grid to evade the agency. But when an assassination attempts forces the grizzled veteran out of hiding, Chase finds himself on the run from Lithgow’s Harold Harper – the FBI Assistant Director for Counterintelligence with whom Chase shares a complicated history. Gunshots are exchanged. Buried secrets resurface. A high-stakes game of cat ‘n’ mouse ensues.

Jeff Bridges and John Lithgow are joined by:

The Old Man has been developed for television and written by Jon Steinberg and Robert Levine, who were behind the Starz historical adventure series Black Sails. The due has executive produced the show alongside Jeff Bridges himself, Warren Littlefield, Dan Shotz, David Schiff, and MCU Spider-Man trilogy director Jon Watts. Watts has helmed the first two episodes of the series.

As for where and when you can view it, The Old Man has a scheduled release date of June 16th via FX before hitting Hulu (Disney+). Assuming it hasn’t been snapped up by Australia’s Binge, you should be able to stream it on Disney+ around the same time.

Check out The Old Man trailer above. 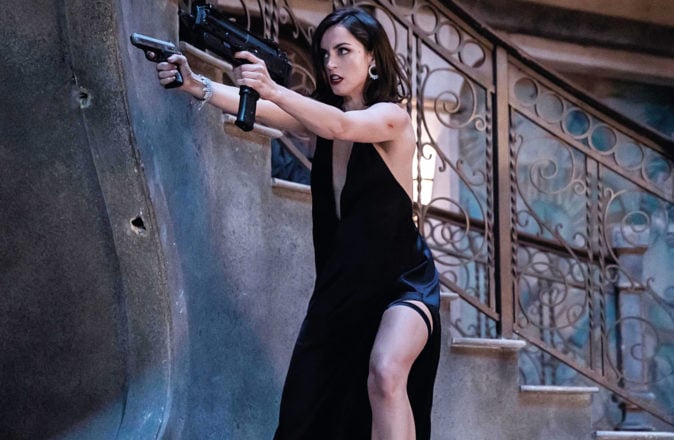