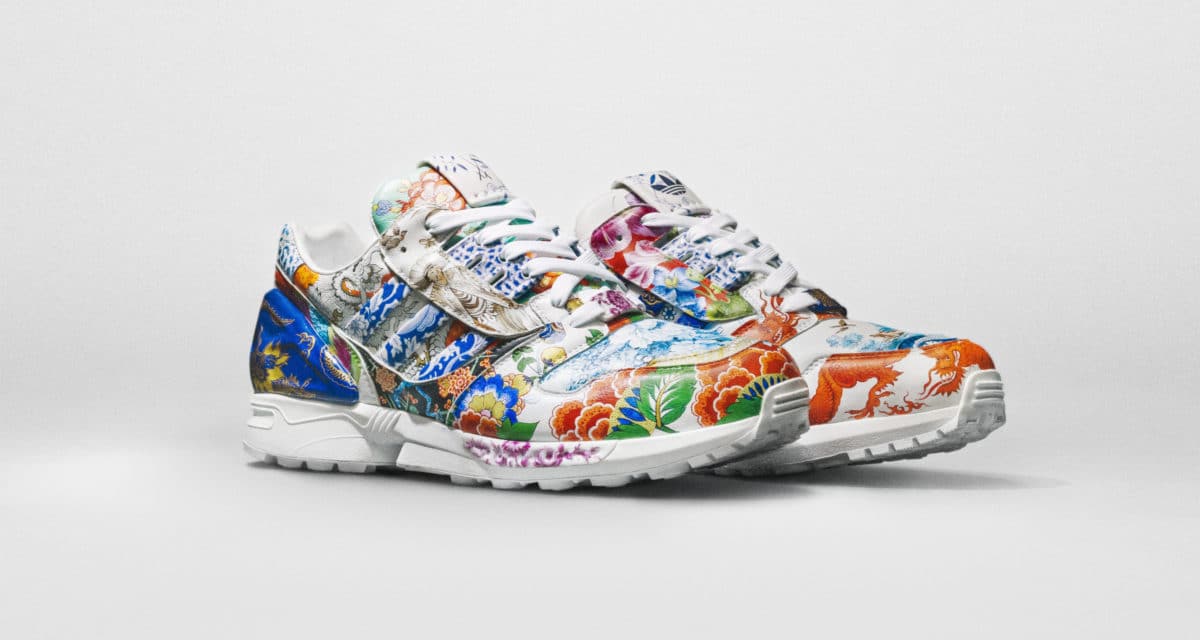 In the last decade, high-end sneakers have become less about wearable fashion and more about being viewed as works of conventional artistry. Collaborating with internationally renowned craftsmen and Europe’s oldest porcelain maker Meissen, Adidas have produced such a high-end sneaker – a one-of-one iteration of its ZX8000 sneaker featuring premium hand-painted leather porcelain overlays, which is predicted to fetch a pretty penny when it hits the auction block.

Meticulously assembled over a 6-month period – exceedingly necessary for something that’s both hand-painted and hand-made – the Adidas x Meissen Porcelain ZX8000 showcases 15 of the 130 possible Meissen patterns from its historic Krater Vase and weighs a total of 950 grams on the dot. A little heftier than your usual kicks, sure, but keep in mind that these weren’t exactly created to be worn on the daily – if ever.

“Meissen carries so much heritage and know-how, inspiring collectors around the world,” says Till Jagla, Adidas Global Head of Energy.

“The manufacturing process to create the first porcelain sneaker ever has been very complex and took us more than a year to finish the product. The team has been obsessed with creating the perfect piece of art. When I think about this project, what I liked most is the love, the passion, and the dedication, which have led to an overwhelming result.”

The one-of-one Adidas x Meissen Porcelain ZX8000 sneakers are scheduled to be auctioned online via Sotheby’s from December 7th to December 16th. All proceeds will be donated to the Brooklyn Museum to improve access to arts and education for underprivileged youth in New York City.

For those of you who are interested in something similar without the US$1 million price tag (AU$1.35 million), there’s good news. Adidas and Meissen plan on dropping a commercially available ZX10000 inspired by the Porcelain ZX8000 sneakers by the year’s end.