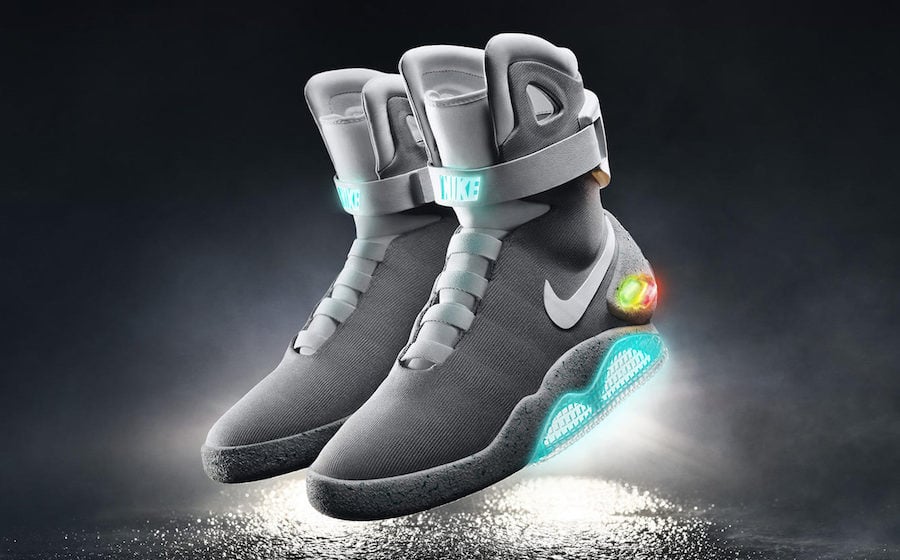 After a day that Back to the Future posts flooded about 95% of Facebook, the most exciting news of all has been unveiled. Nike has officially announced their Nike MAG with power laces after Michael J. Fox tweeted a video of him putting on the groundbreaking pair of kicks.

While not as dramatically mechanical as the pair in the film, they still look pretty damn cool. Fox is on tonight’s episode of Jimmy Kimmel where we’ll no doubt be treated to a full on demonstration of the kicks.

Mark Parker, CEO of Nike, wrote about the MAG on the Nike website, saying; “We started creating something for fiction and we turned it into fact, inventing a new technology that will benefit all athletes.”

The shoe will officially be released in the Spring of 2016 at auction, with all proceeds going to the Michael J. Fox Foundation.