Everyone has made choices during their adolescent years they’ve since come to regret like Warren Buffett’s youngest son, Peter. At the age of 19, Peter Buffett sold Berkshire Hathaway stocks that would have ultimately yielded a return exceeding 250,000%.

In 1977, Peter inherited US$90,000 (AU$123,500) from the sale of his grandfather’s farm. His father, in typical fashion, converted the sum into Berkshire Hathaway stocks. Peter opted to liquidate his holdings, drop out of Stanford University, and use the proceeds to discover his “sound.” Had he taken a page out of daddy dearest and Ben Graham’s book of long term investing, the payoff would have amounted to more than $200 million (AU$275 million) in present day.

Peter would go on to become a professional musician and a fairly successful one at that. In the years since his decision, the youngest Buffett son has released over a dozen studio albums of new-age and ambient music, as well as having contributed to the score of Academy Award-winning Kevin Costner film, Dances With Wolves. And despite being drastically smaller than what it could’ve been, it was that initial bit of cash that helped make his dream come true.

Naturally, regret isn’t exactly a component in this entire equation, with Peter citing the “work ethic ≠ wealth ethic” mentality instilled by his father early on as a key influence; a mentality that motivated him to pursue the career he was truly passionate about as opposed to chasing cheques. In the words of Warren Buffett himself:

“Take the job you would take if you were independently wealthy.”

While this sentiment is easy to disregard, especially coming from the Oracle of Omaha whose passion for investing has made him a motzah, it rings true for our main man Peter. He struck out on his own, relying on his own resources and connections in an experience he deems more fulfilling than what he witnessed observing his two older siblings.

Now that you’ve read about the time Peter Buffett sold his Berkshire Hathaway stocks at age 19, read about the tech reporter who traded $300,000 worth of Bitcoin for a sushi dinner here. 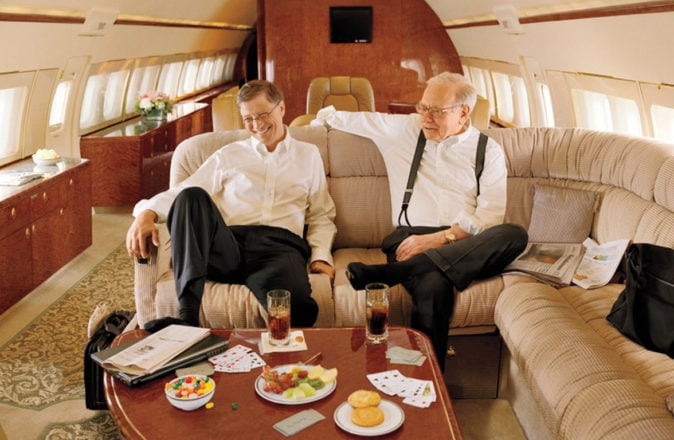