Chef Ravi Presser On Mastering Of Your Craft 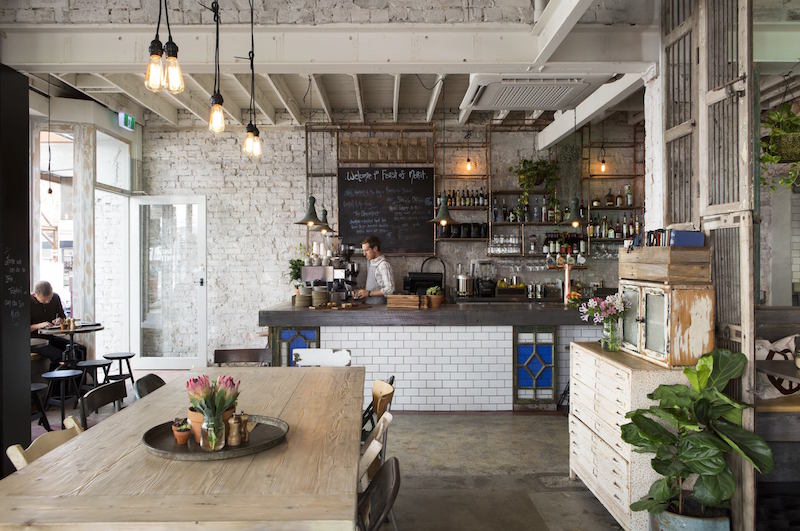 In his book Outliers, Malcolm Gladwell posits that it takes roughly 10,000 hours of practice to become a master of your craft. For many, chasing ‘mastery’ seems like an impossible task, following an intangible future with no guarantee of success. For others, the chase is a passion and achieving mastery is simply a given.

We recently had the opportunity to chat with Ravi Presser, Head Chef of socially conscious Melbourne restaurant Feast of Merit and a man at the top of his game with over 12 years experience working in some of the world’s leading restaurants.

Here are 5 pieces of advice for those looking to become a master of their craft.

There’s no doubt that the number one most important virtue you must possess in order to achieve success and master is hard work. Presser did his hard yards working his way up as an apprentice, “It was a hard slog, four months in the pot wash, washing dishes with no end in sight.”

But Presser is quick to point out that working hard in the initial stages of a career is absolutely vital, “it really gave me that drive and energy, and taught me a lot about organisation. I think that initial stage is so important.”

2. Be inspired by those around you and absorb everything they say.

Nobody has ever become a master of their craft on their own. From sportsmen like Rory McIlroy to musicians like Elton John, the fact of the matter is, it’s simply not possible to get there by yourself and yourself alone. To improve in any facet of life you have to take the advice of those around you.

Presser has had a whole range of mentors throughout his career, from Head Chefs at the top of their game, “I had this amazing Head Chef working with me called Andrew Neilson who really took me under his wing. He looked out for me a little bit, which was great”, to young chefs in the trenches with him, “my peers [whilst an apprentice] have gone on to do some amazing stuff and taught me so much [during that time].”

Learning however, doesn’t always have to come from the more traditional sources like books and academia. Life experiences and travel are just as important. People are the most valuable source of information, so don’t get trapped in your in-group, explore the world and learn from it.

“Travel is a great passion [of mine] and food is a universally recognised language that opens a lot of doors,” says Presser. One strong influence on his career was a French chef by the name of Freud Michelle who taught him the finer details of French cuisine, “technically for me having the opportunity learn about French cooking and the origins of food from someone who’s at the top of their game was just amazing.”

4. Self-motivation is a hurdle you must overcome.

How do you motivate yourself to get up every morning and go to work, knowing you have to be there all day, day in day out, slowly but surely refining your craft?

For a rare few it’s such a deep seeded passion that no day ever feels like work and there are simply never enough hours in a day. For most of us however, we need to identify one or more things that help drive us to be self-motivated. It could your family, your will to be remembered, your dream of being on television.

For Ravi Presser, it’s the people. “We’re very strong on relationships both with our employees and with our suppliers. Our suppliers are paramount. That’s one of the things that got me through any hard time – reconnecting with all those amazing suppliers and producers who we are lucky enough to use.”

Whatever it is that motivates you, learn to embrace it and you will thrive.

For those who reach the top of their game it’s often work-life balance that is a huge problem. How do you juggle the five balls that are work, family, friends, health and other hobbies? It’s a constant battle but one that must always be considered before you drop one of those balls.

No doubt, to become a master of your craft you’re going to need to sacrifice. For Presser, as a chef working weekends, an active social life has been hard to maintain, “I don’t get invited to much stuff, and that’s just because for the past 14 years everyone has known that I work on Friday and Saturday night. That’s the reality of it.”

Sacrifice certainly isn’t a bad thing however, as he notes, “that reality has got me to where I am today. My junior chefs sometimes become all encompassed by work, but I try to lead by example. I love having friends over, I love cooking for them, and I love entertaining. And, you know, it usually finishes up with a bit of dancing, a bit of late night action. For me, being able to spend quality time with friends and family – having them over and having a quality meal.”

Sometimes on the way to the top, you have to be willing to step back and taste what you’ve been cooking.