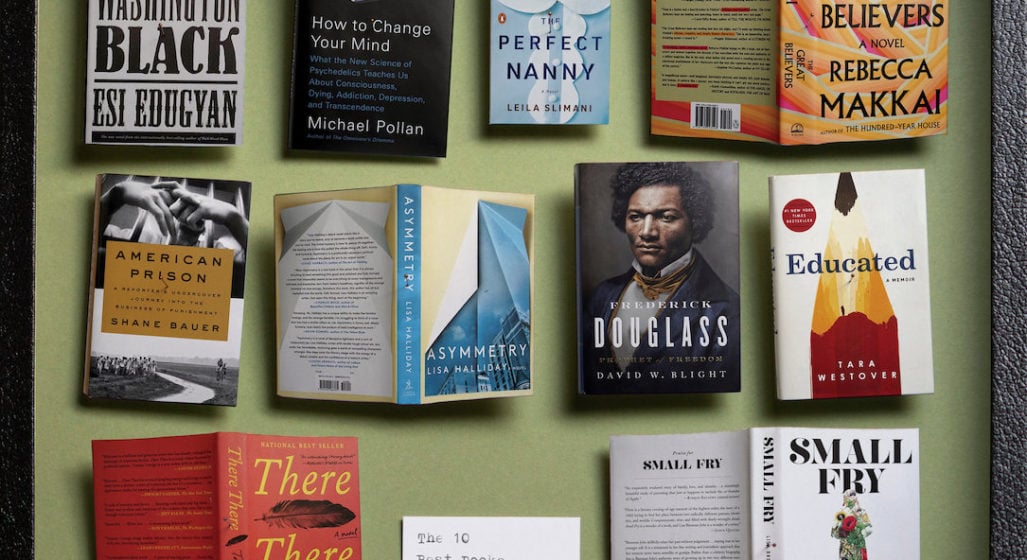 It’s that time of year when top 10 lists start doing the rounds and on this occasion, The New York Times has gotten on board early and selected the 10 best books of 2018. Chosen by the editors of The Times Book Review, the collection boasts a diverse range of fiction and non-fiction titles that will challenge and inspire. From a harrowing look at the American prison system to an exploration of psychedelics and a heartbreaking tale set against the backdrop of the AIDS epidemic, there’s something for everyone in this fantastic list.

Winner of the Goncourt Prize, The Perfect Nanny will hit home for anyone who has young children. Compared to thriller Gone Girl the book centres around a nanny who is charged with killing the two children she’s been looking after. Dealing with themes of class, racism, motherhood and loneliness, The Perfect Nanny will have you on the edge of your seat until the final shocking pages.

Tara Westover has lived an extraordinary life. One of seven children, she grew up in a survivalist family who lived off the grid in country Idaho. She spent most of her youth stewing herbs for her mother, an unlicensed midwife, and salvaging for her paranoid father’s scrapyard. Self-educated (her main reading materials at home were the Bible and the Book of Mormon) Westover’s first venture into schooling was at the age of 17. After learning about the Holocaust and civil rights movement she gained a thirst for knowledge leading to her achieving a Ph.D. in History at Cambridge. This is a remarkable story of one woman’s quest for knowledge while juggling her loyalty to her family who were against her path in life.

The debut novel from freelance editor and translator Lisa Halliday, Asymmetry is split into three unique overlapping stories set during the early days of the Iraq War. “Folly” focuses on young American editor Alice as she embarks on a relationship with the famous and older writer Ezra Blazer and is contrasted by “Madness,” about Iraqi-American Amar who is detained by immigration officers and spends the last weekend of 2008 in a holding room in Heathrow airport. The two seemingly unrelated stories converge during the final stanza of this stunningly original work.

If you want to find out more about Steve Jobs the family man look no further than this excellent memoir from Jobs’ daughter Lisa Brennan-Jobs. While the Apple CEO was absent for much of her childhood, which she spent with her hippie artist mum, he took an interest in her as she entered her teenage years and introduced her to a world of luxury. Brennan-Jobs does commendably humanising her father – who was often see as cold and calculating – while also discussing how fame and fortune don’t make up for an absent father.

Historical figure Frederick Douglas was an important man in the abolishment movement and this biography of the former slave is a testament to everything he achieved during his awe-inspiring life. This book details Douglas’ days as a slave before escaping and becoming one of the most important people of the early civil rights movement. Author David W. Blight had access to previously unread information and not only describes Douglas’ social and political career but looks at his two marriages and complex relationship with religion.

A heartbreaking piece of literature set against the backdrop of the AIDS epidemic. The Great Believers will have you reaching for the tissues. Set during 1980’s Chicago and modern-day Paris, this engaging story looks at the gay community and the effect of AIDS in the decade and the relationship between a mother and daughter trying to reconnect after a devastating terrorist attack. The Great Believers is a winding epic about friends, death and the horrible destruction AIDS has caused.

There There – Tommy Orange

Part road trip, part family drama, There There follows a group of loosely connected Native American’s living in Oakland, California, as they travel to a powwow. Tommy Orange’s debut novel is full of short chapters focusing on the 12 main characters who each have their own secrets they carry with them to the gathering. A meditation on the trials and tribulations of America’s original people and their complex history with the modern world, There There will have you thinking long after you’ve finished reading.

It’s common knowledge that the American prison system is fucked but this expose from journalist Shane Bauer will leave you with a bad taste in your mouth. Going undercover as a guard at the private Winn Correctional Center Bauer lasted four months before being exposed. In that short time managed to document the heinous crimes and acts of violence happening behind the prison walls. American Prison details the history of prison punishment and how the atrocities of civil war prisoners reflects the treatment of current inmates. Not for the faint-hearted.

When 11-year-old slave Washington Black is chosen as the manservant of his master’s eccentric brother, Christopher Wild, he’s filled with terror at what horror is to come. But Wild is not like other men and takes Black on his many adventures as the two form a bond and Black discovers humanity exists. Things take a turn for the worse when Black is wanted for murder and Wild journeys across America towards Africa to save the boy from death. This is a thrilling tale of friendship, love and freedom told through Edugyan’s wonderful manipulation of the English language.

How To Change Your Mind – Micheal Pollan

Dropping acid for research purposes is all part and parcel of acclaimed author Micheal Pollan’s latest book How To Change Your Mind. Delving into the history and science of psychedelics, Pollan explores the pros and cons of the banned drug while looking at its impact on society and the potential it has as a drug that could improve the human condition. This is both a history lesson and a personal tale that positions psychedelics as a possible medicinal alternative. 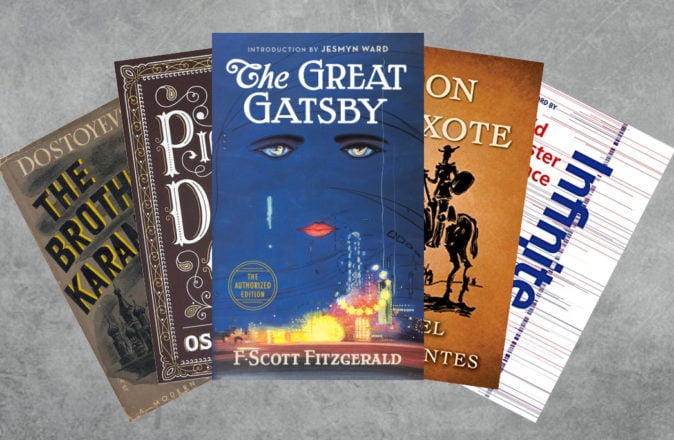 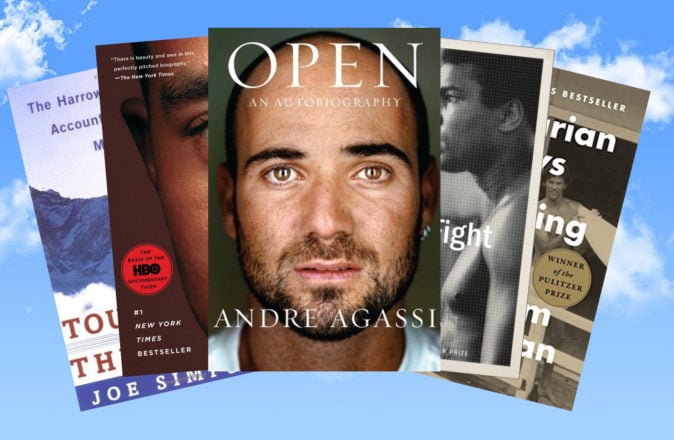