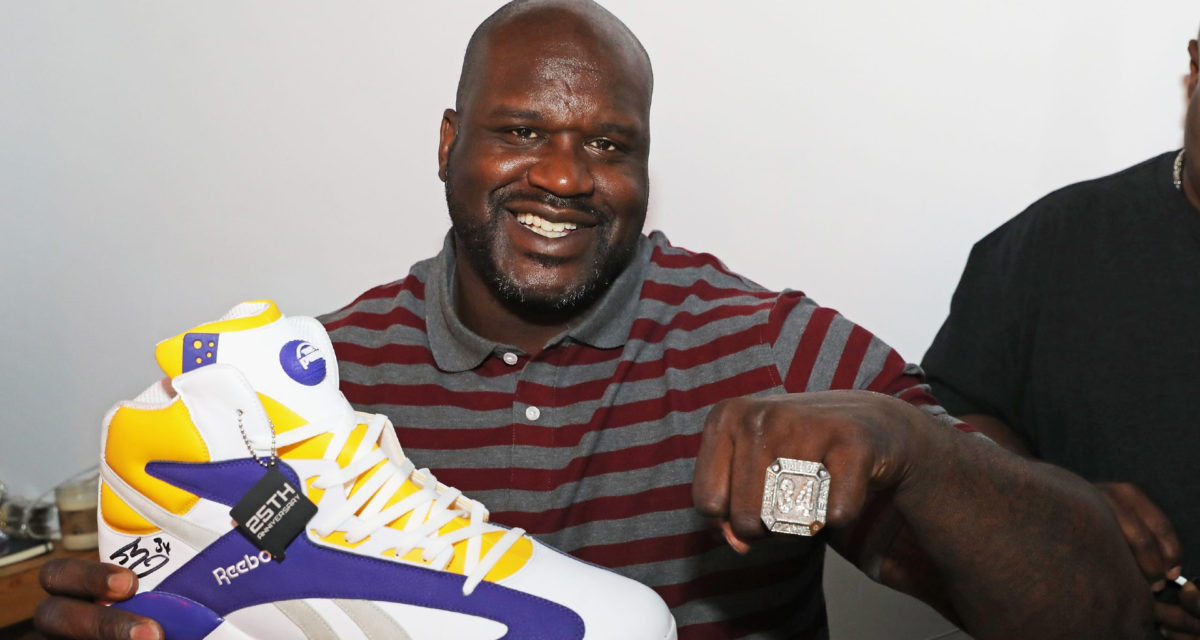 When it comes to NBA sneaker deals, Michael Jordan and Nike have a monopoly on the conversation – and as close as you can get to a monopoly when it comes to NBA sneaker dollars. It only stands to reason that history’s richest instance of athlete endorsement slash the reason why MJ’s a billionaire is common knowledge. The lesser-known US$40 million / AU$54 million sneaker deal between Shaq and Reebok, however, (or more appropriately its cancellation) deserves just as much attention for an entirely different reason.

Appearing on the Full Send podcast earlier this year, the four-time NBA champion and legendary Los Angeles Laker recounted the day he decided to walk away from the sports apparel brand for the sake of his younger fans who simply couldn’t afford Reebok prices.

“I had a Reebok deal: $40 million for five years. And I’m leaving the arena one day and this lady, she’s ripping me a new asshole: ‘You motherfuckers, charging these babies all this money for shoes,” says Shaquille O’Neal.

RELATED: How Shaq “Accidentally” Spent $1 Million In A Single Day

“That day, I cut ties with Reebok and started my own brand… I told ’em, ‘Keep the money, this ain’t right. I don’t want to make it no fight. I’ll still wear the shoes that I wear during the season, but I’ll be looking to do my own thing.'”

“So I started the Shaq Brand.”

The decision was fairly consistent with Superman’s entrepreneurial and philanthropic spirit. Even before establishing the Shaq Brand, he’d been an active bond investor all throughout the early 90s, while continuing to “wade into stocks” and make investments in various familiar entities such as General Electric, Apple, Pepsi; on top of his real estate side hustle which aimed to assist Orlando homeowners facing foreclosure by snapping up the mortgages of those who’d fallen on hard times and sell the homes back under extremely affordable terms.

“I went to my favourite store, Walmart, and we did a deal. I was in all stores and my price point for the shoes was $29 to $19. And since then we sold over 400 million pairs. Because I realise with kids, right? It’s not that kids don’t want to wear $20 shoes, they don’t want to wear shoes that look like they cost $20.”

“So the designers they had at Reebok, I said, ‘Y’all coming with me now and we’re going to design some shoes. I don’t give a shit about how much money I lose. Make these kids look good and feel good.'”

“Even though they’re $20 shoes, you can still feel good about them because “Shaq” – not the best in the world but he’s not the worst. He’s up in that Top 5 category when it comes to, you know, bad mofos that play the game. Kids can get away with wearing my stuff.”

Shaq might be humble enough to have placed himself somewhere in the Top 5 of active pro ballers, but he’s certainly earned the #1 spot in the Good Bloke Rankings for putting his personal beliefs before an easy paycheque courtesy of a Reebok deal.