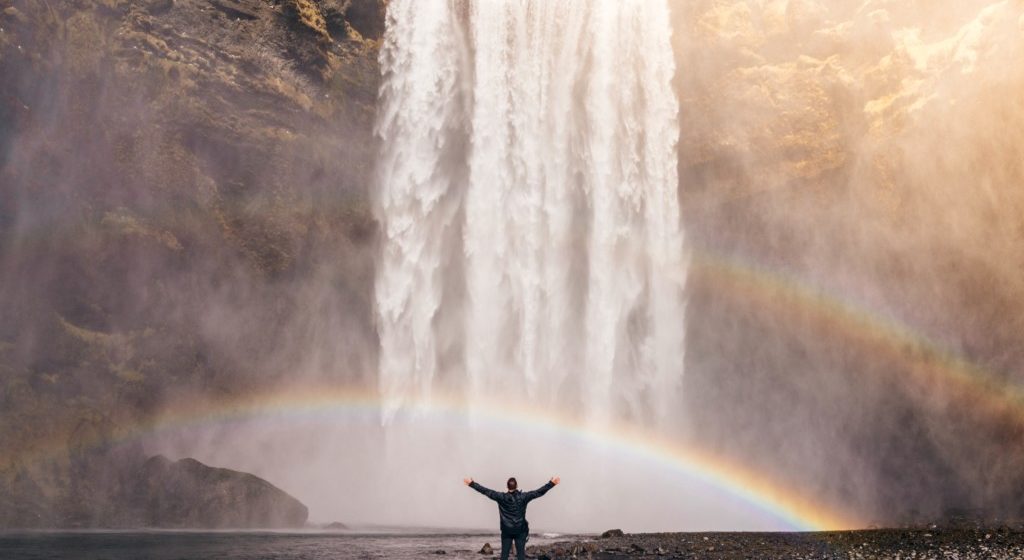 We caught up with one of Sydney’s successful property entrepreneurs, fitness champions, and human behaviour specialists, Byron Sakha. The man’s a machine. Even with all the projects he’s working on at the moment, he still takes the time to personally reply to each message he receives through his social channels (website and Facebook).

“I hope everybody could get rich and famous and will have everything they ever dreamed of, so they will know that it’s not the answer”. This quote by Jim Carrey seemed to be bouncing around in my mind after I met this guy, Byron.

We’re entering an age where vast amounts of information can be shared with ever-growing ease and rapidity. We are literally in the best time in history to be alive. Any knowledge you wish to acquire can be done at the palm of your hand, at the rate you desire. Yet on the other hand, with the growth of information sharing has also come a new-age epidemic – comparing oneself to others. It is one of the leading contributors to modern-day stress and depression.

Now, have you ever felt like you have potential that you don’t know how to tap into? Or feel burdened by certain pressures trying to live up to what other people expect of you? Do you often find yourself comparing yourself to other people you feel are more successful than you?

If you answered yes to any of the above, chances are you’re human.

I met a guy. An extremely fascinating, humble and inspiring guy. His name is Byron Sakha. He’s obsessed with growth, facing challenges, learning and helping people. In his early twenties, Byron started his own property business in a fiercely competitive and somewhat saturated Australian market, and crushed it. Although it came with some victories, it did also came with occasionally crippling and stressful experiences.

With a deep curiosity of the human anatomy and physical health, he set his next stretch goal to be a Fitness champion. And, with seriously optimised learning, intense and efficient training, he soon became a cover model for Australia’s leading Health, Fitness & Lifestyle Magazine, ‘Australian Natural Bodz’ and known for one of the fittest physiques in Australia, crowning him the Musclemania Physique Champion in 2014 and Asia-Pacific Champion in 2015. All whilst running his business and maintaining a healthy, balanced life.

Byron originally thought that money was the answer. But even after he made a successful company, he didn’t quite feel fulfilled. He then thought having an amazing body and attracting hot birds was the answer… but it wasn’t. Over the last few years, Byron has dramatically changed the trajectory of his career, giving up the pursuit of financial gain. He’s been on an inward journey to uncover the fundamental truths of what leads to an inspired and empowered life, not only for himself, but for others too. He’s had to start from scratch, putting his property business on hold as he set mission to learn from the best in the world, spending numerous weeks with masters like Dr. John Demartini and exploring all the disciplines he could get his hands on from Meditation, Neuroscience, Emotional Intelligence, Personal Training, Coaching, Counselling, NLP, Meta Dynamics, Behaviour Profiling – you name it. This isn’t an ‘it worked for that guy, now it’ll work for you’ story. It’s something deeper. As he collates and synthesises the principles gathered from the ancient to the modern, he’s applied them not only to himself, but in recent years has been passing on his learnings to others seeking them. He has since founded The Sakha Institute, dedicated to exploring and expanding human potential.

We sat down with him to uncover his secret formula for success. Here’s a glimpse of two key principles he’s finding are most effective in reducing stress, unlocking your potential and living a more fulfilling life, for himself and others.

Everybody has the potential to achieve and live an extraordinary life

‘One of the biggest things that holds people back is the idea that someone or something outside of them is responsible for where they are at. But the truth is that we, and we alone, are responsible for achieving the results we are experiencing.

There is a simple formula that I’d like to share, which has made all the difference in my own life. The formula is EVENT + RESPONSE = OUTCOME. So, the basic idea here is that every outcome you experience in life, whether it be a success or a setback, is the result of how you have responded to an earlier event in your life. Throughout history we’ve seen countless examples of this where people have achieved great success despite going through tragic events, so we know it’s never the event alone that leads to the ultimate outcome.

So if you don’t like the outcomes you are currently getting, then there are three things we need to do:

So long as we choose to blame, make excuses, or complain about the things in our life we aren’t happy with, nothing will change except making us feel more helpless, frustrated and disempowered with our life.

By taking responsibility for our results, we shift from focusing on the problems, to focusing on possible solutions. We develop the habit of asking better questions where, instead of asking disempowering ones such as “Why me? Why is life so hard? Why can’t I seem to get ahead?”, we can start asking more empowering questions such as “How could I respond differently to this situation? What new skills do I need to learn? Who has the results I’m looking for that I could get guidance from?”

Everybody has the potential to achieve and live an extraordinary life, and it begins by stepping into the driver’s seat of your own life, and no longer being a passenger in it.’

Give Up False Comparisons

This is the second point Byron wanted to emphasise. What exactly does he mean by this and why is it important?

‘The minute we compare ourselves to others we perceive to be more successful than us, unless we are using them as a source of healthy inspiration or we are making a holistic comparison across all areas of life, then we are paving the path for inner turmoil, feelings of inadequacy and dissatisfaction with our life. Too often I see this as one of the leading causes of stress, anxiety and overwhelm when people compare their success to the success of others.

Here’s the thing, everybody is trying to fulfill their own highest values – the things they deem as most important and meaningful to them. If you compare your life to someone who has a different set of values to you, then you are not comparing apples with apples. More often than not I see this in the area of financial wealth, where one person who is ambitious and wants to be successful, ends up feeling inadequate because their financial status isn’t as good as someone else’s. Yet it may not be a realistic comparison if one person is more inspired by travel, adventure and socialising, all which involve spending money and, to them, success is about living life to the fullest, creating unforgettable memories with their friends and loved ones along the way. It wouldn’t be realistic to expect them to have the same degree of financial wealth as someone who is inspired by saving, investing, and studying business and isn’t as phased by socialising, travelling or seeking adventure, and content with making the sacrifices necessary to achieve great financial wealth. Wealth is not measured by our level of financial success alone, it is measured by the quality of life and fulfillment one experiences by pursuing and living true to their values.

This is why it’s imperative we uncover and live by our highest values because that is the path to living our most authentic, meaningful and inspired life. It can be really powerful to uncover your true highest values because when they become clear on what these are, you can then retire from subordinating to whoever’s shadow you’ve unconsciously been living in, and shift to consciously taking charge of your own life.’

These are just two points that helped Byron live a more fulfilling and rewarding life. You may find it useful, you may not. We implore you to not take these learnings as gospel, but to interrogate them, poke holes in them, and find out whether they have substance in your own life.