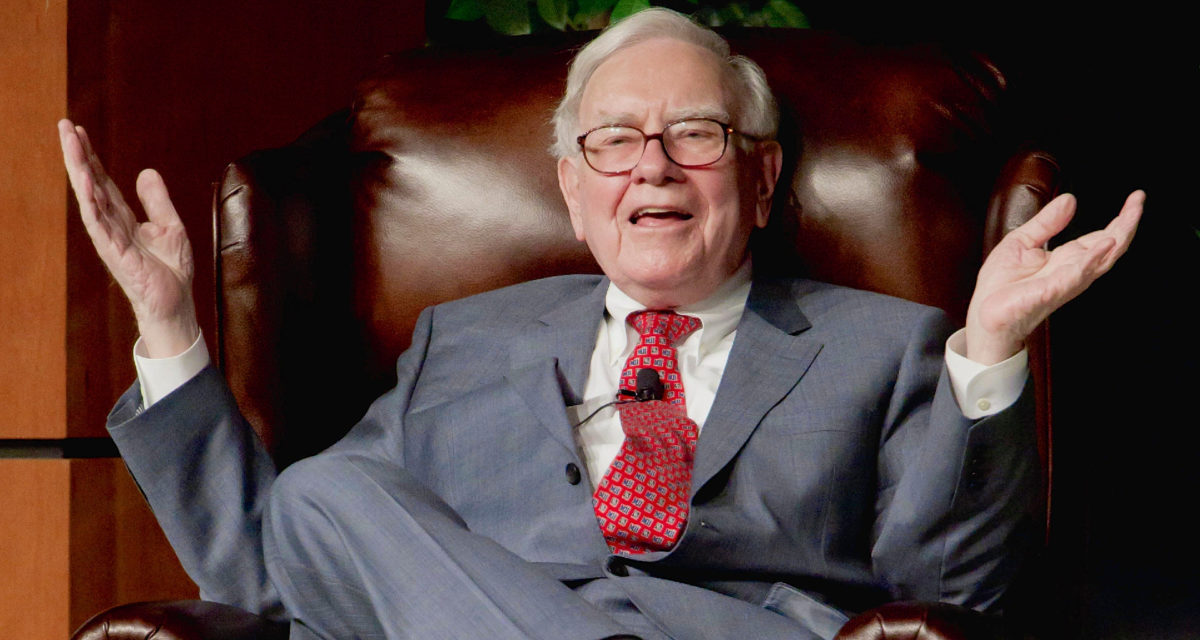 The bloodbath of a mass sell-off has been felt by investors from all walks of life this past month. As prices plunged during the recent stock market rout, valuations were revised, and fortunes were wiped. And according to the Bloomberg Billionaires Index, the world’s 10 richest individuals sustained a combined loss of US$158 billion / AU$223.5 billion. That is with the exception of a certain investor renowned for his long-term mindset and penchant for intrinsic value.

While everyone else was reeling from the impact, Warren Buffett prospered in the way of US$2.6 billion / AU$3.7 billion. The gains, which were the direct result of a 2% rise in Berkshire Hathaway shares, effectively pushed his total net worth to over US$112 billion / AU$158.5 billion. But how exactly did the legendary Oracle of Omaha manage to stay afloat when others were scrambling for lifejackets? As Theron Mohamed of Business Insider explains:

“Buffett has weathered the stock market downturn better than his billionaire peers because of an ongoing shift in risk appetite. The prospect of stubborn inflation and the Federal Reserve hiking interest rates this year has spurred investors to pull their money out of highly valued growth stocks and plough it into stable, cheaper equities such as Berkshire Hathaway instead.”

RELATED: A Masterclass In Long Term Investing With Three Of History’s Greatest

As you know, Berkshire Hathaway and Warren Buffett himself have a predilection for “real-economy” businesses, as opposed to tech operations with ridiculously over-inflated valuations justified by nebulous concepts of potential. During a Berkshire annual shareholder meeting, the longtime Chairman & CEO famously compared investing in the stock market with being a farmer.

“Imagine for a moment that you decided to invest money now and you bought a farm,” says Warren Buffett.

“Let’s say you bought 160 acres and the farmer next to you had 160 identical acres, same contour, same soil quality.”

“The only thing you have to do is remember that this guy next door is there to serve you and not to instruct you. You bought the farm because you thought the farm had the potential. You don’t need a quote on it.”

The sentiment is remarkably similar to that of his mentor and friend, the equally-legendary Benjamin Graham. The Columbia Business School professor would often ask his students to picture the stock market as a temperamental, supremely irrational, and easily excitable character known as Mr Market.

Essentially, Mr Market is your business partner who frequently asks to sell their shares or buy your shares. The beauty of it is that you can always decline whatever Mr Market offers – because he’ll invariably return with something different the next day. As Warren Buffett re-explained in his 1987 letter to Berkshire Hathaway shareholders:

Of course, another way to view the current landscape is perfectly encapsulated by another Buffett-ism: be fearful when others are greedy and greedy when others are fearful. In other words, this could very well be the perfect occasion to buy the dip. Or as declared by Ark Invest founder Cathie Wood as she urged investors to look beyond the ongoing market volatility, “innovation is on sale.”

“Innovation is on sale and it will be really important to investors to get to move towards the right side of change, given the amount of disruption that we do expect,” explains Wood.

“As we’re focusing on the five years, keep your eye on the prize… These exponential growth trajectories have been accelerated by COVID-19 and even more so now by the turmoil we’re seeing in the labour markets, logistics, and in the financial markets.”

It is, however, worth noting Wood’s stance doesn’t come free of bias given the ARKK ETF‘s exposure of tech stocks, particularly those impacted the hardest by the stock market rout.