How A Fintech Unicorn Became Europe’s Largest Fraud In History 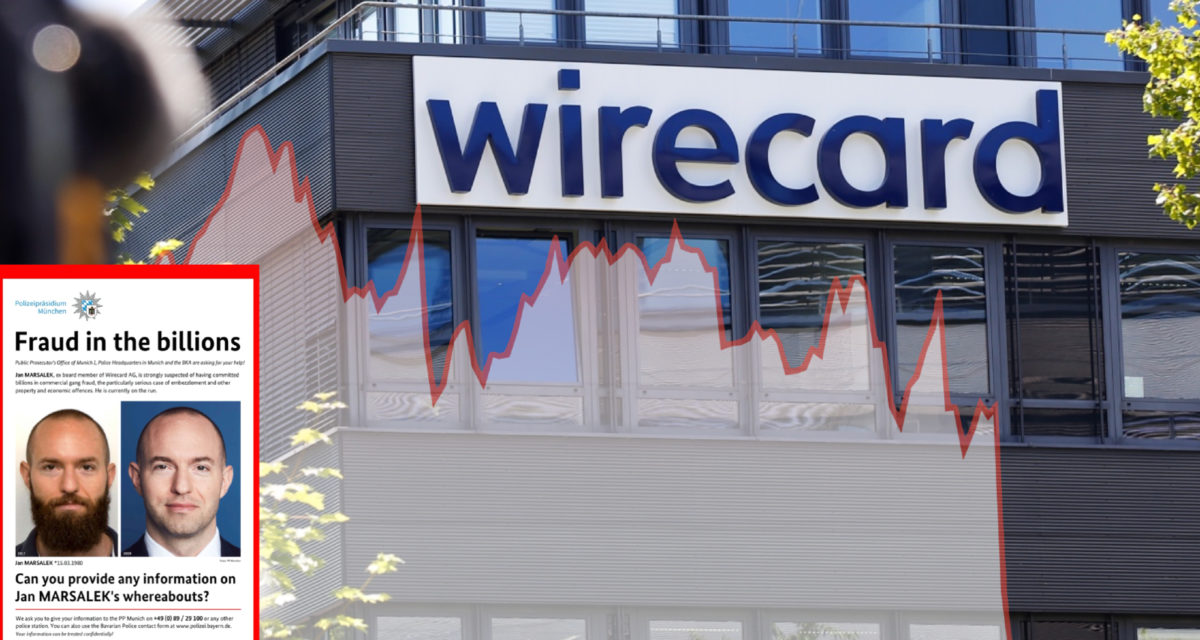 To the tune of two billion missing dollars, hefty jail sentences, a worldwide manhunt, and a spectacular stock price crash. Welcome to the wild tale of Wirecard, a scandal that hoodwinked an industry and shocked a nation. When the house of Wirecard all came tumbling down, it triggered news headlines like Wirecard, Once Germany’s Pride, Turns National Embarrassment and The Enron of Germany. Amidst COVID headlines, this story may have been missed by some of our readers, but Wirecard’s demise is an enthralling and baffling one that may not be fully explained for years to come.

What is was Wirecard? The German fintech business was a payment processing company, which saw customer funds transferred from the bank to the merchant. Wirecard’s vision was for a cashless society that promoted smartwatch and phone transactions so users wouldn’t have to rely on physical credit cards, let alone cash. At its peak in 2018, Wirecard’s market cap reached $24 billion. It was a powerhouse on the DAX and Europe’s hailed tech titan. That is before the Wirecard scandal saw the stock price plummet from over €100 to less than €2 in just a couple of days.

Here’s the fly in the ointment. During its rapid global expansion, Wirecard didn’t have the necessary licenses to operate in certain jurisdictions, so they purchased third-party shell companies that were already set up to make transactions in the Philippines, Singapore, Dubai, and more. Wirecard pushed their transactions through these companies, which would then pay a commission to Wirecard for the business. These payments were to be held in escrow accounts and essentially accounted for the majority of the profit that Wirecard generated.

As early as 2008, a complaint was filed regarding inconsistencies with the balance sheet for Wirecard. After an audit from Ernst & Young came back clean, EY was then hired by Wirecard to become their ongoing auditor.

In 2016, an anonymous report was published suggesting that Wirecard was laundering money for illegal gambling. These claims were denied by Wirecard, who countered by suggesting that short sellers were trying to manipulate their stock price. Wirecard filed a formal complaint with BaFin (Germany’s financial regulator) who shockingly announced an unprecedented two-month ban on investors betting against Wirecard.

Wirecard then hired a private investigation firm headed up by Rami El Obeidi. Rami was the former head of foreign intelligence in Libya’s National Transition Council, which temporarily governed the country after Gaddafi’s death. He has since admitted to funding surveillance operations in London that may have involved phone taps and hacking of targets. Wirecard denies any involvement.

Reporters from the Financial Times and other critical media outlets recounted being followed and targeted by phishing scams as well as smear campaigns with emails and scandals aiming to discredit them. There were also reports of phishing attacks by hackers to gain access to the email accounts of journalists, and intimidating surveillance outside their homes and offices. Wirecard seemed to be hell-bent on protecting their reputation.

Here’s where your author takes a pause before penning the next section. If anything sketchy transpires, we’ll be sure to update you, dear readers. But it’s just too good not to share… because this is where it gets really interesting.

Despite their best efforts, years of controversy and suspicions hounded Wirecard. Things finally came undone when investigative journalists turned up at Wirecard’s partner office in the Philippines. The company’s listed address turned out to be the humble family home of a retired fisherman, who wasn’t exactly savvy when it came to the intricacies of the German fintech industry. His confusion was surpassed only by those who had skin in the game.

KPMG was then hired to carry out a special audit of the company. When KPMG was unable to verify the existence of the escrow accounts which accounted for half of Wirecard’s revenue and all its operating profit, alarm bells immediately started to ring. Ernst & Young then released a report stating that $2 billion was missing. Why Ernst & Young hadn’t been more proactive with reporting – apparently failing to request reports from Singapore for years – is another baffling part of this tale that will only come out with time.

The missing revenue triggered a criminal complaint against CEO Marcus Braum, who resigned and was swiftly arrested on charges of fraud and market manipulation. As he reeled in a prison cell, Wirecard collapsed, quickly filing for insolvency as angry creditors come knocking for their missing money. Wirecard’s Chief Operating Officer, Jan Marsalek, was fired at the same time. Unlike Braum, he was not keen to face the music and seemingly dissolved into thin air.

Braum seems to be the fool or at least victim here. To this day he denies any wrongdoing and genuinely seemed to believe in the company. This means he was either deluded or deceived. While Braum is doing hard time, who is really responsible for the scam?

Jan Marsalek has been wanted by German and Austrian authorities on charges of fraud and embezzlement since June 2020, when the whole Wirecard fiasco was uncovered. He is now considered one of the most wanted men on the planet.

Bellingcat’s investigative journalism has since unravelled just how and where Marsalek escaped to. Apparently, he had someone in the Philippines falsify immigration records to mislead investigators to believe he had absconded to Asia. This was a red herring, designed to buy him some time while he seemingly disappeared from the face of the earth.

“Bellingcat, in collaboration with its investigative partners Der Spiegel and the Insider, has now established the location to which Marsalek fled just hours after his sacking – the capital of Belarus, Minsk. In addition, Russian immigration records and data kept by Russia’s FSB suggest that Russia’s security service had a long-standing interest in Marsalek, who used a number of different passports – including a third-country diplomatic passport – to visit Russia dozens of times in the last 15 years.”

Who the hell was Jan Marsalek? How did he have access to all those passports? And who (or at least, which country) on earth issued him a diplomatic passport? According to Bellingcat, “few countries – and no European state – issue diplomatic passports to non-citizens.”

At the time of writing, there is an international warrant out for Marsalek, and he is a person of interest for three intelligence agencies who suspect him of being linked to Russian intelligence. Immigration data shows him travelling to Russia over 60 times in the past decade.

There is a theory that Marsalek was detained in Moscow in 2017 and somehow blackmailed into collaboration. His love affair with Russia seemed to stop in 2018, and while Russia’s intelligence agency was monitoring his international movements, their interest seemed to wane around this time too.

In early 2021, Vienna police arrested two men (a former senior official of the Austrian secret service, and a former MP) for organising Marsalek’s escape from Germany via a private jet. Paid for in cash, the jet is believed to have flown him to Minsk, Belarus.

Recently it has also been revealed that Munich police are investigating an €80,000 payment made from a Dubai account to the landlord of Marsalek’s fiancée (who he left behind when he fled). This amount correlates with a year’s rent for the luxury apartment that she has been occupying.

One of the most notorious white-collar fugitives of the century is still at large. Whether he has access to the missing $2 billion that sunk Wirecard or has colluded with Russian intelligence is anyone’s guess. With such a quagmire of confusion cast around this scenario and so many possible outcomes, we’ll simply have to wait to see if the truth ever comes out. It’ll make one hell of a film. 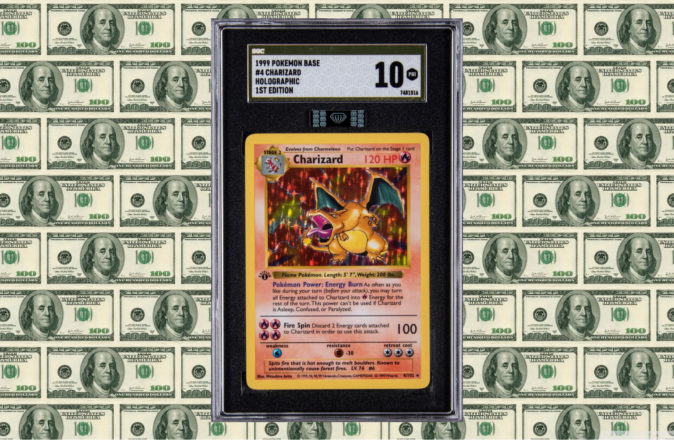 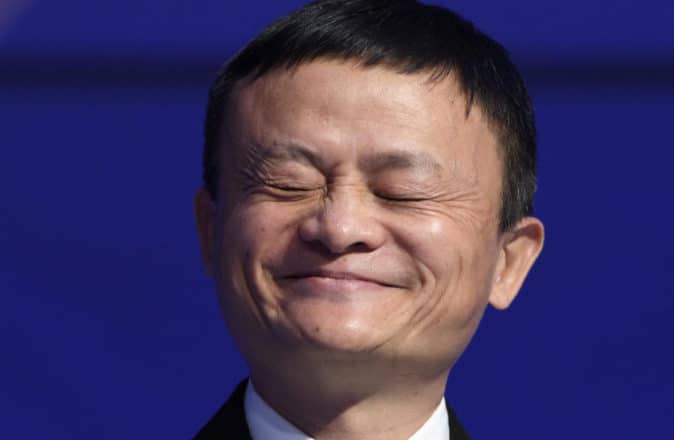 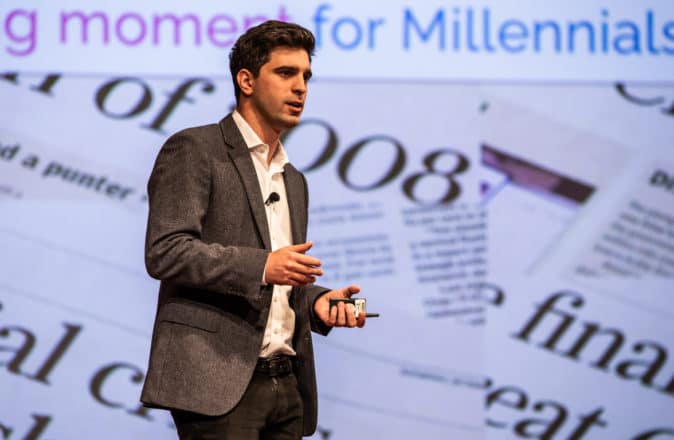