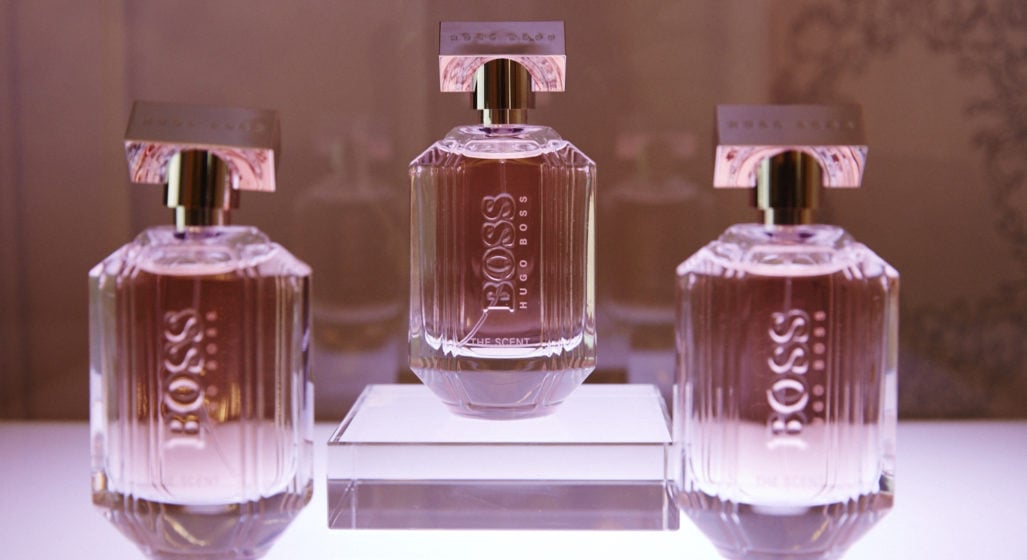 Boss Hunting was given the chance to be amongst the first people in the world to experience Hugo Boss’s new women’s line, Hugo Boss – The Scent for Her, before it hits the shelves in Australia next month. TheScent for Her is the second chapter of the fragrance, after the men’s line launched in August last year.

British actor Theo James is the face of the male fragrance and he again features in the promotional video for the women’s line. James is this time accompanied by German model and all-round glamour Anna Ewers and the two superior beings are shown trying to seduce each other as they ‘deep stare’ and gently caress their way around a ridiculously glamorous New York City apartment. The Weekend also features on the soundtrack and can be heard singing: “We’ll be good; I promise we’ll be good” – whilst perversely, being good appears to be on neither of the stars’ agendas.

There is reasoning behind the raunchy clip however: Apparently the fragrance was inspired by the art of seduction – an art form which Alex (the impeccably dressed European presenting the line) tells us, is increasingly becoming lost due to the introduction of dating apps such as Tinder. Adding to the the theme of seduction, the bottle also sports a cufflink shaped top – a feature added by Hugo Boss’s creative director Jason Wu which is supposedly intended be a trophy taken from one of ‘her’ conquests.

For all our female bosses and perfume enthusiasts: The notes of The Scent for Her feature honeyed peach, freesia, osmanthus and roasted cocoa, and once released, it will be an essential addition to your collection.

For all our male bosses: The end of the financial year may mean you have a few extra numbers in your bank account, and The Scent for Her could be a good present to ensure one doesn’t become just another cufflink trophy.