These Gold R.M. Williams Are Perfect For Showing You’re A Smarmy Prick 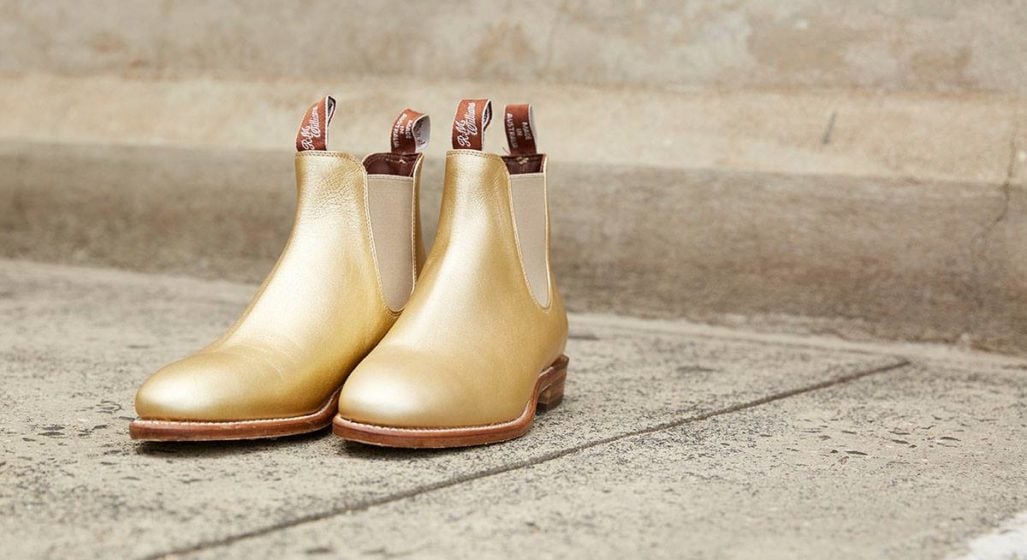 Hey there folks. Are you worried that people don’t hate you enough? Keen to up that flog factor? Maybe you want to show the working class plebs that your father could buy their father. Well, you’re in sweet Tom Waterhouse luck. There are now solid gold R.M. Williams boots that are perfect for showing the world what a smarmy prick you are.

Yes, you heard right. Gold R.M. Williams. Not since Gina Rineheart has there been something so in-touch with the everyday person and not at all grotesque to the touch/sight/smell/feel/aura/balance of the universe.

In terms of fashion, what more is there to say about this avant-garde footwear. This is the footwear for someone who wants to play at being a working everyman who can sink schooners as well as any bloke that runs up on them during a night out in the Cross, but is also above all that. When you don these bad boys, you make a statement. And that statement is, “God no, I’m not actually working class. I’d rather die than step into a paddock… And I can afford the good rack.”

The best part? They’re only $545! Wow. A week’s rent not including utilities and groceries or these hot little numbers? It’s a no-brainer. Broke chic kicks it is!

In all seriousness, pull your head in. What in the fuck are you thinking?

UPDATE: Apparently these are currently only available for women, but the piss take was too good to back down from.