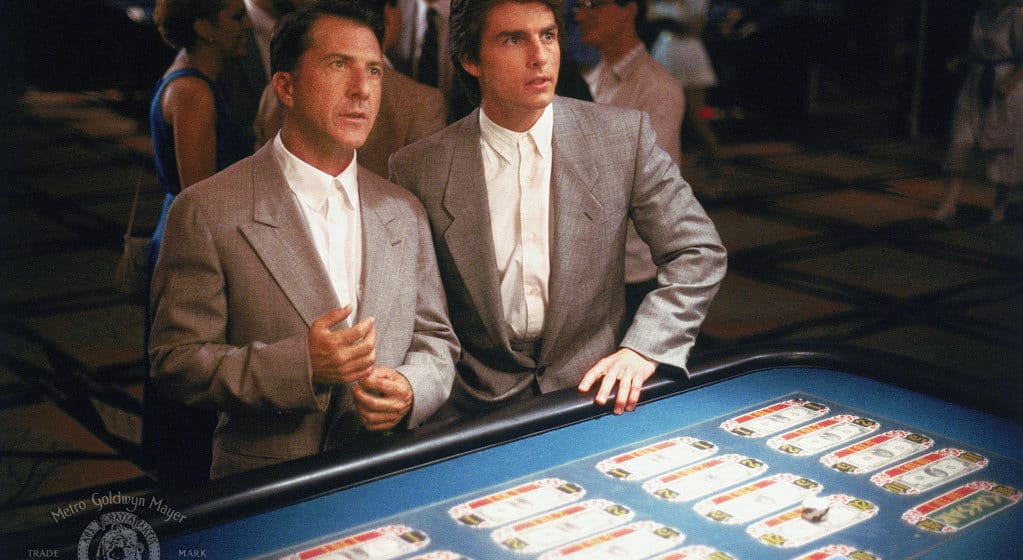 Starting with the book “Memo”, by Oddbjorn By, the Swede went from barely remembering his girlfriend’s phone number, to claiming the world memory title in just 18 months.

Amazingly, he even went on to beat the author of said book at his own craft. And while he’s surely out of the dog house with the women in question, his skills now allow him to have over 10,000 fangirls’ digits on instant recall.

Jonas von Essen’s story on how to improve memory shows the rest of us the incredible potential waiting to be unlocked within our brains. The best part? We can all lift our game to some ‘Rain Man’ degree with the appropriate effort-to-technique ratio.

I know, because I met the guy. And he’s a completely normal dude. I had the pleasure of sharing a beer with him a couple of years back when he shot this commercial in Melbourne.

As the beers continued to flow, I threw a random ensemble of numbers into my iPhone notes page, which, after glancing at them for mere seconds, Jonas proceeded to recite back to the group perfectly after half a dozen pints. To this day it is still singlehandedly the most impressive thing I’ve ever seen with my own eyes.

How crucial is memory to success?

When we have Siri, Alexa or Google on hand, on our wrists, on our phones, and in our living rooms, memory as a skill certainly feels antiquated. Especially if Black Mirror is anything to go by. But memory is unconsciously at the core of everything you do, learn and experience.

One commonality of every good leader is their eagerness to read. Bill Gates takes on a book a week, and Warren Buffet inhales about 500 pages a day. Billionaire Mark Cuban has called ‘life-long learning’ one of the greatest skills to adopt, but what’s it worth if you don’t remember any of it?

If you’re anything like me, you’re constantly consuming – books, podcasts, articles and audio… and, at least consciously, not much of it really sticks. By the time my friends have finally caught up and are keen to discuss that podcast episode I recommended months ago, I’ve completely forgotten the crux of it.

RELATED: Not Reading In Your 20’s Could Be Your Biggest Hurdle To Success

Are some people better at memorising than others?

Surprisingly, no. Most memory grandmasters like Jonas put it down to sheer luck. These individuals just happened to stumble upon strategies early in life that worked well for them. Even though that process was likely a completely subconscious one, at least in the beginning.

The good news is, we all struggle to retain information unless explicitly trying to, not because of our IQ or attention span, but because we simply haven’t honed the skills for it.

Attitude is key. Jim Kwik, memory coach to Elon Musk, describes in his book, “Limitless,” the importance of combatting “automatic negative thoughts” (ANTs) that it’s simply futile to try and learn something new.

For beginners, it’s hard to look past the mnemonic system devised by Dominic O’Brien, acclaimed author of “How to Develop A Brilliant Memory Week By Week.” The technique involves converting numbers into pairs of letters and then associating those letters with easy to remember people and actions.

Effectively, images are easier for us to remember than numbers. Our brain just really loves images. Hint: the weirder the better.

In this video, Jonas describes how he originally nailed the first digits of Pi.
He converts every 3 digit number sequence into an image. Think of it as a personal alphabet, with number sequences instead of letters.

“Each digit between 0-9 has a ‘sound to it’ then you can read lines of numbers as words, and then you can picture the word as images.”

So he opens his door to find a cake, with a ghost coming out of it, and the ghost has a helmet on.

It actually helps if the combinations are particularly strange. It shocks our brains to form a better recall. Another trick is to pick images you can completely immerse yourself in, that feel as real as possible to you.

It’s believed our amygdala is the part of our brain that encourages other parts of our brain to store our memories. You might recognise the amygdala from such functions as the processing of fear and the ‘fight or flight’ response.

Strong emotions mixed into your combinations will make it more likely the memory will stick.

How to improve memory – other tips and tricks

RELATED: Is Your Phone Listening To You? We Ask The Experts

Does your physical/ mental state affect your memory?

Research shows that our memories are largely state-dependent. That means the more consistency there is between your mental, physical and chemical state from the time you encode the memory to the time you retrieve it… the greater the likelihood you will remember it!

That’s where the recommendations come from to recreate the exact conditions of an exam, interview or race, during your training and preparation for it.

While I know for a fact Jonas doesn’t train on as many beers as we were consuming that night if you’re starting from scratch here, the option is always available to you. If you want to use this skill as a party trick over rounds with the boys, take this as your green light to train in that very same way.

The Art Of Living Alone In Your 20s