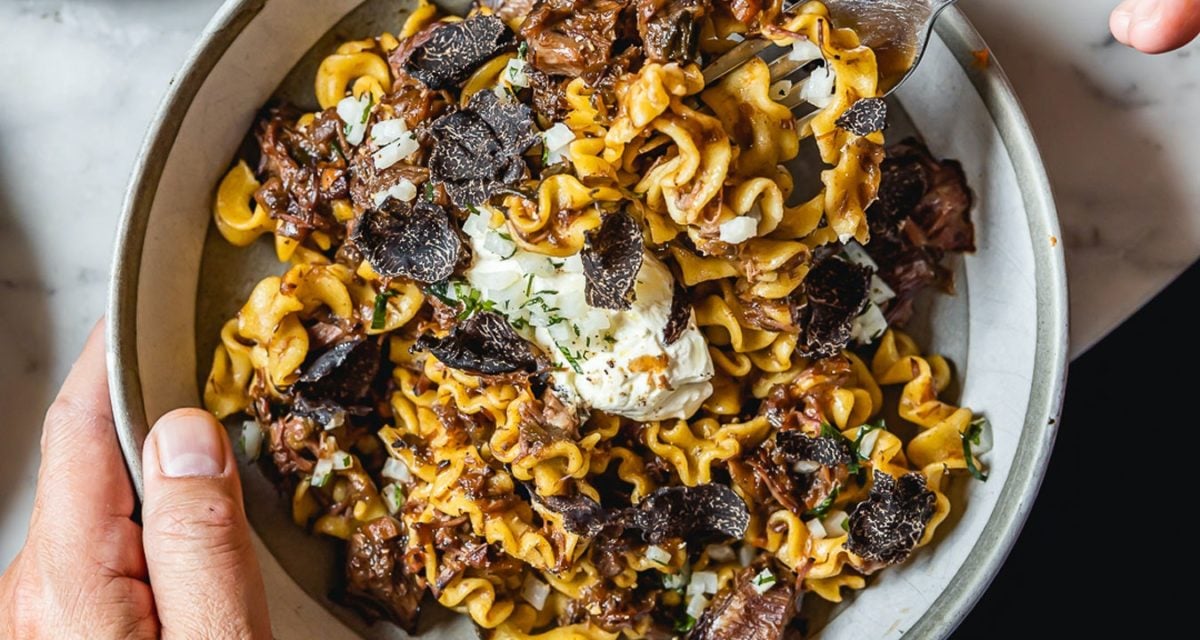 Given what’s happened over the past few years, you may have forgotten just how obsessive some of Australia’s best chefs can get when truffle season rolls around. Considering we have the likes of Tasmania, Western Australia and Canberra growing some of the best truffles in the Southern Hemisphere, these decadent – often divisive – fungi, when sourced correctly, have been known to elevate everything from omelettes and steak to seafood and even just some plain salted butter. As such, it’s always worth spending winter hunting down the best truffle dinners and menus in city’s like Sydney and Melbourne given our best dining rooms are going to be filled with the unmistakable aroma all season long anyway.

With both city’s steadily springing back to life, we’re seeing a staged comeback of some of the most popular food and drink events that regularly rolled around pre-pandemic. For example, the Night Noodle Markets are set for a big return later this year, though insatiable foodies are going to have to wait a few months for the chaotic hawker-style event. To whet your culinary whistle for winter, it’s best to set your sights on the following limited edition truffle dinners and menus before the season comes to a close.

The earthy, umami flavour-enhancing savour known as truffle is, after all, a hyper-seasonal ingredient which unfortunately has a tainted reputation off-season because just about every modern cafe uses the shaved saviour to add a pop of luxury to their most expensive dishes. To restore a bit of faith in the premium fungi make sure you’re targeting restaurants that are using the ingredient properly rather than just lazily shaving it on for no rhyme or reason.

We’re broken our favourite menus down by city, seeing as most of Australia’s more extravagant and substantial truffle dinners and menus seem to be clustered around Sydney and Melbourne this season.

One of the newer Italian restaurants to spruce up the city’s already firm grip on quality pasta joints is Civico 47. Powered by executive chef Matteo Zamboni, known widely for his work at Ormeggio, Pilu at Freshwater and Jonah’s, the restaurant carves out the former Lucio’s Paddington on Windsor Street.

The Italian kitchen will be trudging into a very productive truffle season by hosting a four-course truffle menu priced at $175 per person, with the option for paired wines at an additional $120 per person. The first night planned has already sold out so a second has been added for Wednesday, July 27th. Head along to that and you’ll get a four-courser with dishes like beef carpaccio with enoki mushrooms and roasted dry-aged duck with Jerusalem artichoke and truffle. Guests will also receive a gift from fine food specialist Gourmet Life.

Given the July dinner is likely to sell out as well it’s worth keeping a look out for more truffle dinners to be added just in case.

As one of the primary fixtures of the new MLC Centre over at Martin Place, Botswana Butchery has been steadily attracting rave reviews and upping the city’s already solid spread of dedicated steakhouses considerably. With meat the main focus of chef Darren Templeton’s menu, the massive 300-seat restaurant is well-placed to highlight the seasonal delicacy in question with a truffle-loaded degustation.

Priced at $180 per person ($250 per person if you want some great wines with it), the truffle menu is now available for bookings with dishes like wood-grilled scallops with truffle labneh, dry-aged steak with shaved truffle and a pinot jus, and truffle-infused yellowfin tuna with crispy brussel sprouts. Even if you don’t score a booking, head to the rooftop to truffle jaffles and wagyu truffle sliders.

All season this excellent contemporary Korean cafe will be loading the kitchen’s usual menu with twists inspired by the shaved saviour, making it a bit more accessible for people who don’t necessarily want to procure a booking in order to enjoy some truffle dishes. The likes of truffle chicken porridge and a Korean caviar omelette with truffle have been the most popular dishes on the menu thusfar, but there are also a few sweeter options like truffle choux with cookie crust and truffle cream and a few truffle-infused teas as well.

As one of Sydney’s best restaurants, it’s always worth paying attention when CBD favourite Bentley Restaurant & Bar steps up to the season with a one-off menu. For truffle season, that’s this nine-course feast with dishes such as potato damper with truffle cream and urchin, lobster and Jerusalem artichoke and truffle, and honey ice cream with mandarin and truffle.

This one is set for Tuesday, July 5th and word on the street is that it’s close to selling out so if you’ve got a singular love of truffle-infused fine dining then best to get a move on.

Pre-pandemic, Three Williams Cafe was always ahead of the curb when it came to celebrate truffle season in creative and unexpected ways. For the first proper truffle season since 2020, the warehouse-cum-hipster-hub will be doing what it does best with the kitchen’s limited edition truffle menu. Already Sydney’s brunch crowd have been flooded into the space, working their way through dishes like the mafaldine pasta with red wine beef cheek ragu, pickled tarragon kohlrabi, culture sour cream and black truffle shaving (pictured above), and the baked truffle pear poached in mulled wine with cinnamon puff pastry, vanilla truffle custard, ice cream and walnut cookie crumble.

Every Wednesday from now until July 29th, the ritzy Roesetta Ristorante in Crown Melbourne will be staging a four-course truffle menu with matching wines priced at $389 per person. It’s one of the punchier truffle menus going around Melbourne this season, with set dishes like tagliollini with guanciale, shaved truffle and egg yolk, roasted spatchcock stuffed with mushroom, sage, sausage and truffle cream, and a dark chocolate dessert with ricotta and truffle tartufo, honeycomb and chocolate soil.

Anada has made an annual truffle lunch somewhat of a tradition for the popular Gertrude Street restaurant. This year, the kitchen will be rearing up to celebrate the end of the truffle season on Sunday, July 23rd with a $120 per person menu that celebrates what happens when you take the ultimate pop of umami and shave it onto modern Spanish classics.

From the menu, expect the likes of Akoya pearl oyster with oyster mushroom pincho and truffle butter, potato and truffle tortilla with truffle aioli, and truffled basque cheesecake with roasted quince.

Nomad is still fairly fresh-faced for Melbourne’s upscale dining crowd, so truffle season is a good excuse to head along and finally see what all the fuss is about. The Sydney-born restuarant brand will be looking to make a sizable impact by doing things a bit differently than just shaving some truffle on some pasta, offering an elevated truffle brunch every Sunday throughout winter with dishes like hash browns with truffle and ham hock, three-cheese Lebanese pie with truffle. No doubt the kitchen will also be finding a way to sneak some truffle onto their famous olive oil ice-cream sandwiches. 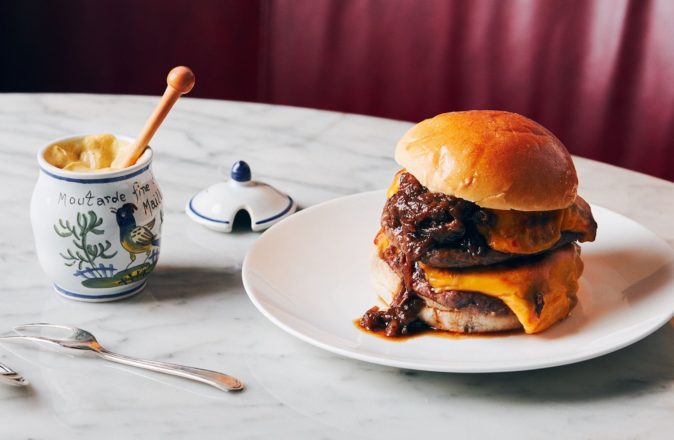