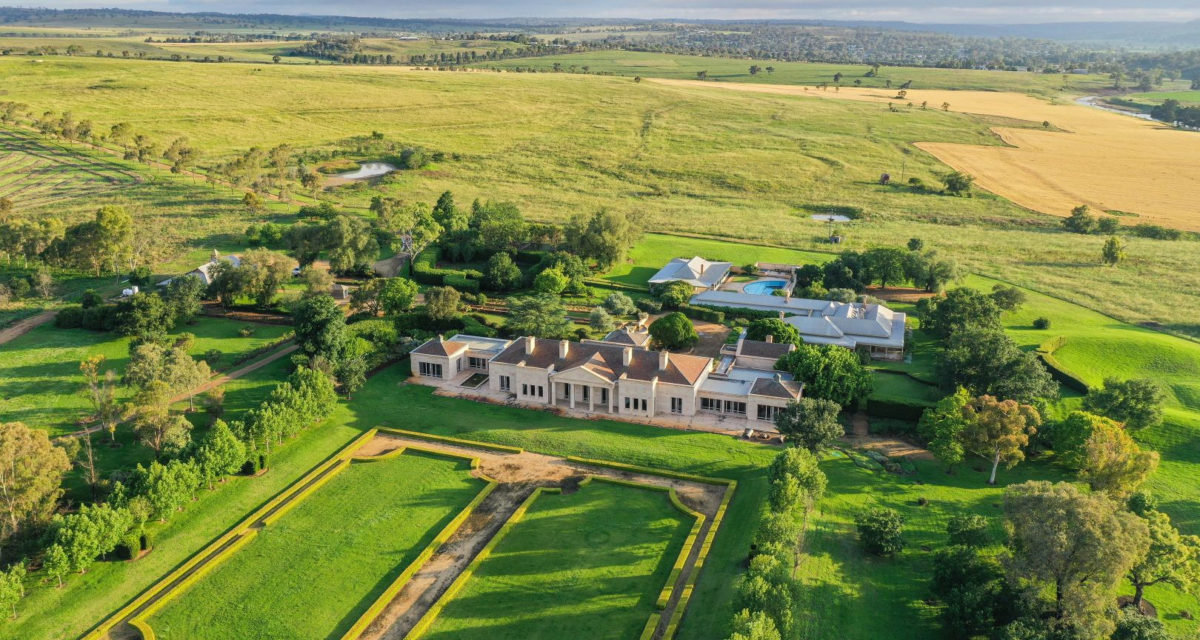 For those wanting to build their grand vision of a home, there’s generally one thing holding them back: space. Fortunately, for those designing 6256 Scone Road, Merriwa, space wasn’t a problem, which allowed them to create one of the most spectacular and historically significant farmhouse estates in New South Wales.

The palatial estate was built on land originally owned by William Wentworth and Gregory Blaxland in the early 19th century, who both played important roles in the establishment of early colonial NSW. Wentworth and Blaxland, alongside William Lawson, were the first European men to cross the Blue Mountains in 1813, a journey that paved the way for the establishment of the town of Bathurst.

Known as Brindley Park, 6256 Scone Road, Merriwa, was one of the early important sheep farming properties in NSW, with records confirming the shearing shed was in use in the early 1890s. While the property has historical significance, the buildings on the estate are significant for their own reasons, boasting a Neo-Palladian inspired residence that forms the jewel in the crown of the estate.

RELATED: On The Market – This $12 Million Waterfront Mansion Is A Jewel In East Brisbane’s Crown

In addition to the sprawling main residence, the property also features a separate guest house, summer house, stables, pool, a tennis court. Surrounding the main buildings are expansive English style gardens, which thanks to their wilder edges, deliver the celebrated philosophy of Capability Brown who is remembered as England’s greatest gardener.

Before we take a closer look at the main sandstone residence, the two other non-residential focuses of the 320-acres property include the heritage stables and woolshed. The magnificent stables are constructed from great slabs of timber, while the woolshed was renovated to its former glory in 2009 and represents one of Australia’s great shearing sheds. It reached its peak capacity in 1888 when no less than 58,000 sheep passed through its doors.

Just a few hours’ drive inland from Sydney, the four-bedroom main home presents as one of country NSW’s most extravagant buildings, constructed from Indian sandstone and sitting low and flat against a backdrop of rolling green hills. With church-like ceilings that reach five metres in height, the floors are made from tessellated granite, and the roof is slate. At the entry, you’re greeted with Teak panelling, while the main living space exudes opulence thanks to hand-carved marble fireplaces.

Next to the main home is the Colonial Guest House, which is also constructed from sandstone and contains no less than six bedrooms, which features interior panelling of Australian red cedarwood. The property also features a stand-alone library building, where you’ll find more Indian sandstone and marble fireplaces, as well as a space that exudes a relaxed calm.

Finally, the Summer House presents as another stand-alone building, except instead of sandstone, has been constructed from timber with an enormous veranda, pool, pizza oven, and more. It also has a fully equipped kitchen inside, as well as a games room for the enthusiastic entertainer.

According to property data from CoreLogic, Brindley Park, was sold in 1998 for $510,000 to the stockbroker Greg Moore and his wife Libby. In 2016, the AFR reported that Moore sold the property to agriculture and exporting business Australia Aulong Auniu, which was the most recent sale of the estate.

Brindley Park is back on the market via Cullen Royal Property & Advisory, which is currently seeking expressions of interest offers of $15 million or greater for the ten-bedroom, 11-bathroom property.

So if you’re inspired by the rich history of Brindley Park – or simply appreciate the grand proportions and immaculate gardens – its listing is a rare opportunity to own a truly special piece of rural NSW. 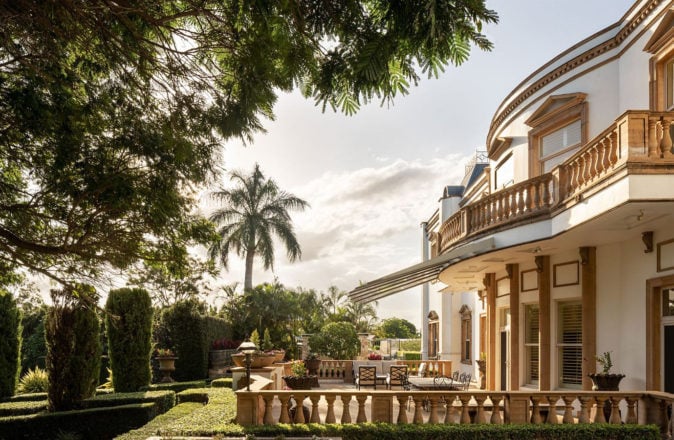 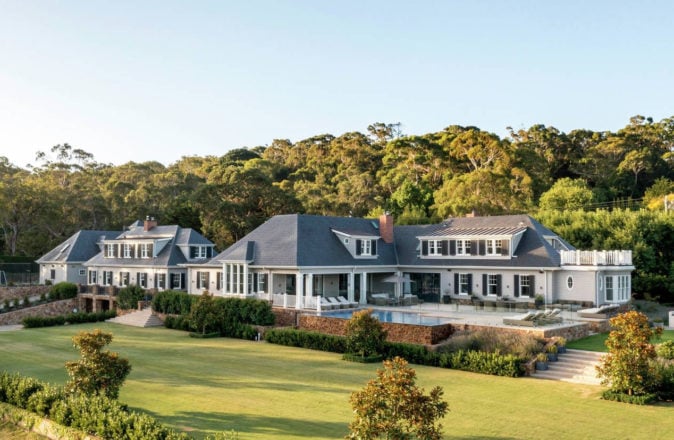 On The Market: 29 Callanans Road Is A $27 Million Paradise For Seasoned Entertainers