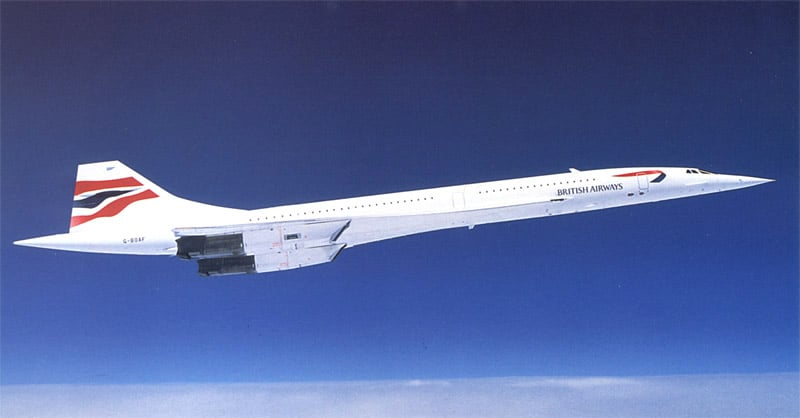 It’s aviation history’s most triumphant creation. To this day, the Concorde is still a one-of-its-kind aeroplane that is yet to be repeated. From conception to retirement, the idea of supersonic flight in the form of the Concorde spanned an impressive 50 years, eventually brought to an untimely demise during one of the aviation world’s darkest hours. While we pass the time until something can top it, we look back on five awesome Concorde facts you probably didn’t know about.

There’s only one known photograph of the Concorde flying supersonic

Because nothing else in the sky could keep up. The Concorde flew at an average speed of 2170 km/h – also known as Mach 2 – that’s twice the speed of sound. A Royal Air Force Panavia Tornado once asked if it could practice an intercept of the Concorde, chasing it all the way out over the Atlantic, eventually giving up. On another occasion, the Concorde purposefully slowed down so the pilots of the fighter jet could snap this photo off the southern coast of Ireland, said to be the only image ever taken of the plane flying supersonic.

Supersonic flight was an issue, however, as the effect on populations on the ground meant that it couldn’t fly at such a speed over land, commercially limiting the Concorde to trans-Atlantic operations, bar the odd special occasion.

From a cruising altitude of 60,000ft, passengers aboard the Concorde could see the curvature of the Earth. Due to the heat experienced on the airframe, the Concorde used to stretch anywhere from 15 to 25 centimetres during flight.

While its 100 passengers lounged in plush seats sipping Dom Pérignon, regularly in the same altitude bracket were pilots of the USAF SR-71 Blackbird, dressed in their cumbersome spacesuits and breathing through oxygen. On one occasion during the height of the Cold War, pilots of the Concorde recall asking air traffic control to move the SR-71 out of its way so it could proceed to New York’s JFK.

In the 1980s, British Airways’ Concorde program was on the brink of financial collapse. Researchers discovered that 80% of flyers didn’t even know what a return ticket cost to fly supersonic across the pond (some £4000 charged mostly to corporations).

When asking customers to guess, the average figure was way north of the actual sale price. Marketing gurus advised BA to advertise the cheaper than expected price tag – but the head of the division said “Why would you do that? Just charge them what they thought they were paying before.” BA’s £16m annual loss was converted to a £50m profit in a single year.

The Russians built a copycat version of the Concorde, which ended in flames

While militaries of the United States and Russia raced to the moon, civil aviation companies raced to supersonic flight. Dubbed the Tupolev Tu-144, this Russian plane was, unsurprisingly, a spitting image of the British/French Concorde creation. The Russians actually beat the West to supersonic flight on the 26th May, 1970, becoming the first commercial plane to exceed Mach 2. The primitive prototype was shortlived, however, following a horrific crash at the 1973 Paris Airshow when its pilots attempted to show up the Concorde in a face-off for aerial superiority. This all but sealed its fate and saw the Concorde victorious commercially.

On July 25th, 2000, Air France Flight 4590 struck a piece of titanium debris during takeoff at Charles De Gaulle. It pierced the wing’s fuel storage and brought down the Concorde, killing everyone on board. Both the British and French fleets were grounded and meticulously scrutinised for the 18 months following.

The Concorde re-entered operation to a joyous reception, but in a twist of sombre fate, it was the exact same date that coincidentally made history for another reason.

September 11th, 2001 sent the aviation world into a spiral. As the global flying industry eventually recovered, so did British Airways and its Concorde fleet, selling tickets like hotcakes as they did once before. Air France, however, never did. Despite having five perfectly good planes in service, British Airways simply couldn’t bear the cost of the entire program on its own. In 2003, the Concorde programme finally collapsed. 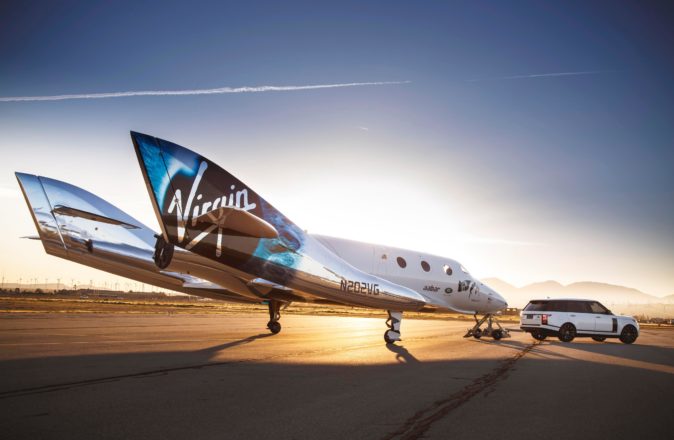 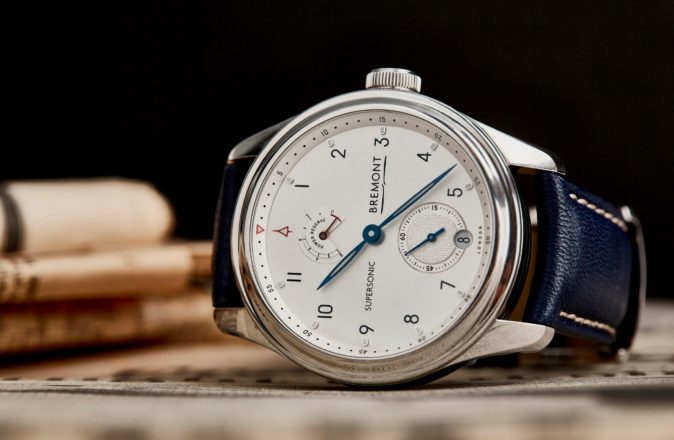