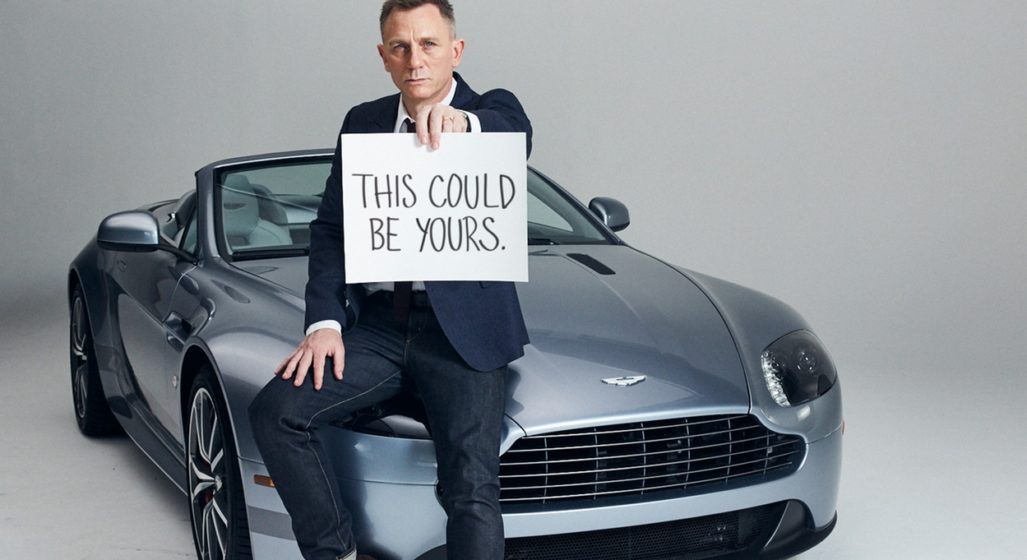 The height of cool lies behind the wheel of a Bond certified Aston Martin. So this next auction item is bound to have more than a few bids floating around the crowd. Daniel Craig is set to auction his limited edition 2014 Vanquish, of which he received for his tenure as the British spy on screen. Only one hundred were made in celebration of Aston Martin’s one hundred year anniversary, and yes, you guessed it. Craig owns the 007th model.

The ride in question comes in a midnight blue body, and an interior of dark blue leather. This is reportedly a tongue-in-cheek reference to Craig’s penchant for dark denim. Comedic nods to the personal aside, this is one car that will more than certainly turn some heads on the road.

The Bond Vanquish is currently at an estimated value of between $400,000 USD to $600,000 USD, but it will come as no surprise if and when the price tag exceeds this range. Added value of celebrity, and all. It will be displayed at Christie’s showroom, Los Angeles until early March, with bidding opening on the 20th of April. Proceeds will of course go to charity, this time being the New York based organisation, The Opportunity Network, which specialises in aiding students from disadvantaged communities achieve academic and career goals.