Inside The Yacht Jay-Z & Beyonce Charter Every Year 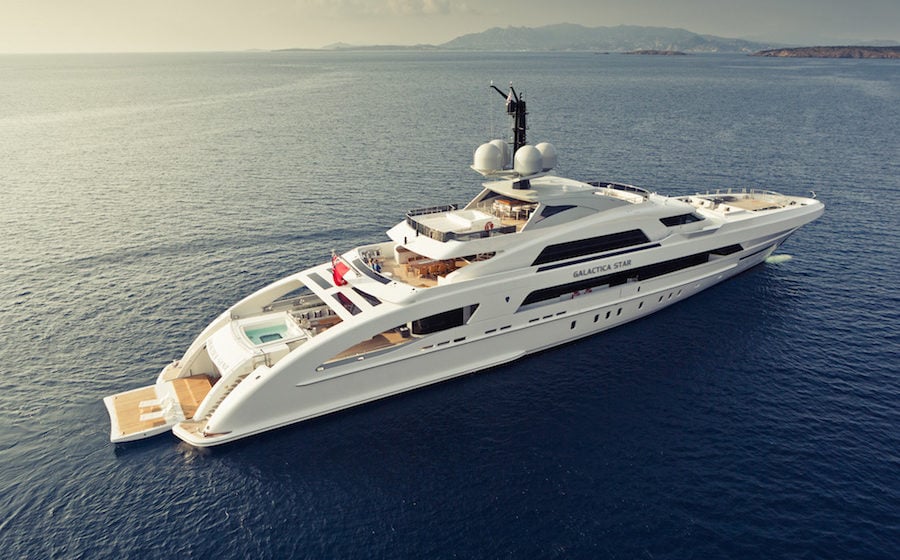 This August, for the second year running, Hov & B chartered the magnificent M/Y Galactica Star for a leisurely fortnight-long cruise through the Med, visiting the Amalfi Coast, Sardinia, Cannes, and Formentera along the way.

The yacht, which estimates suggest cost around £50 million (A$105m) measures 65 metres in length and has a top speed of 28 knots (51km/h), making her pretty spritely for a 213ft floating palace. The Galactica Star can accommodate up to 12 guests in 6 cabins, with a full-beam master suite, an upper-deck VIP cabin, and four further double cabins. There’s also an epic beach club with cinema room and a 10-square-metre balcony. Oh, and of course it has a helipad too.

The charter rate is reportedly USD$900,000 a week, but here’s the catch. It’s not officially a charter vessel, so you have to know the owner (Nigerian billionaire Kola Aluko) to even step aboard.