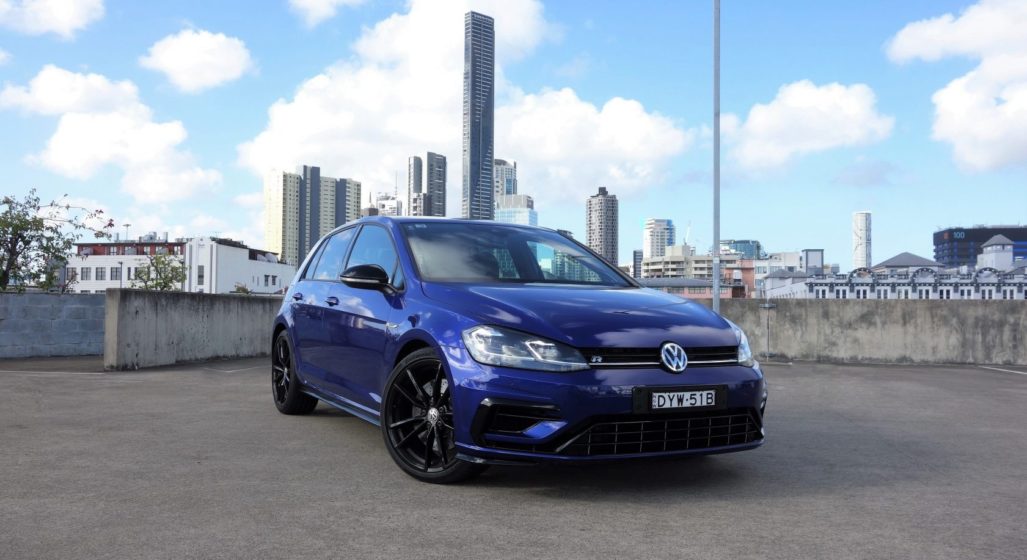 The Golf R Special Edition isn’t the most luxurious or attention-demanding car we’ve had the pleasure of romping around in for a few days, but it certainly is a commendable combination of both for $62K.

The original Volkswagen Golf R is a fan favourite Down Under, moving more units annually than any other hot hatch on the market. Its lauded advantage comes from an impressive balance of liveability and performance, a juggling act so many of its rivals drop the ball on. The R excels as a generalist by being great across a wide range of factors rather than excellent at a few and rubbish at the rest.

Now, the German automaker celebrates the waning lifecycle of its MK7.5 model with an even juicier, limited-run number: the Golf R Special Edition.

With only 400 examples touching down on Aussie soil, the SE badge lends owners a level of exclusivity over the 20 other Golf R’s you see on the way to work every day. Other than the badge, the new SE emerges louder, stealthier and lighter for a $5,500 premium.

Most changes come in the form of gear salvaged from the European party trick equipment bin, offered in Australia by the factory for the first time ever. The star of the show is Akrapovic’s boisterous exhaust, which provides a cacophony of burbles and cracks accompanied by a markedly deeper note throughout the rev range. Further upgrades include lighter, gloss black Pretoria wheels and the welcome addition of bigger disc brakes. The summed price of the new kit outweighs the retail premium for the SE, so there’s certainly value for money in an upgrade.

Before driving a Golf R, my opinion of it featured the word ‘pedestrian’. I mean, it’s a Golf, right? Much to my delight, an opinion of this description is quickly reneged in the presence of a depressed accelerator. The hot hatch’s understated styling is deceiving and it only takes one green light grand prix to see this is no regular Golf.

We have a serious competitor in the crowded hot hatch arena here with 213kW on tap and 380Nm of torque, altogether nailing down a 4.8 second run to the 100km/h benchmark. In-gear acceleration properly fires up around 3,000rpm, giving it a ‘business down-low, play up-top’ nature which forms the catalyst to its docility when putting around town.

With some breakout space, the SE is a treat to let off the leash. The quick-shifting dual-clutch transmission (DSG) is the best in its class, as it cycles through the cogs with startling efficiency while omitting jerkiness at low speeds. Thanks to a competent all-wheel-drive setup, grip on offer is boundless almost to the point of annoyance. With a mighty 213kw on the tarmac, this car needs to be properly caned to get any sort of tractional instability, a trait that some will love and others will find boring.

Besides asking nearly $62K for something with a Golf badge, this is my only gripe with the R and its limited-run variant: they feel as though their platform can handle much higher power outputs. Perhaps VW has held back on firepower so as not to cannibalise its Audi RS3 sales?

I was mildly smitten with this model’s external styling and bodywork – the Lapiz Blue paint, black wheels, subtly aggressive lines, and brash pipes at the rear make for a delightful viewing experience. Internally, European influence is seen throughout and the driver’s seat is a pleasant place to spend time. Interior kit includes a 9.2-inch touchscreen infotainment system, a beautiful digital gauge setup, a thumping 400w Dynaudio sound system, leather sports seats, Apple Carplay and Android Auto, and a suite of safety aids.

I found myself mentally pitting the SE against a rival I’ve spent plenty of time in, the Focus RS Limited Edition, which presents itself as a track-focused alternative with a larger power plant and inferior liveability. Mulling it over, I’d say the Focus RS appeals to a more extroverted buyer and VW should rather worry about the cheaper BMW M140i, which is quicker, rear-wheel drive, has an attractive cabin and a superior German badge stuck on.

However, I think Golf R buyers were always going to buy a Golf R. They’ve always had their hearts set on the R and are driven by a brand-loyal dream, untempted by a few extra kilowatts elsewhere. The Special Edition isn’t going to sway someone who was in the market for a Civic Type R, but with that meaty exhaust and bigger anchors, it is going to sway a prospective Golf R Special Edition buyer to scratch together a few extra pennies.

The Volkswagen Golf R Special Edition will get you from A to B in a premium level of comfort with a stack of fun along the way. Overall, the Special Edition has such an all-around appeal that it’s very hard to look past. I’m not a Golf person, but I can see how these 400 units will be snapped up by those who are.

RELATED: Volkswagen Group: How It Both Owns Porsche And Is Owned By Porsche

Volkswagen Tiguan Sportline 162TSI – A GTI Hidden In An SUV

10 Golf Destinations You Need To Visit Before You Die