Conor McGregor Is Ready To Step Back In The Boxing Ring 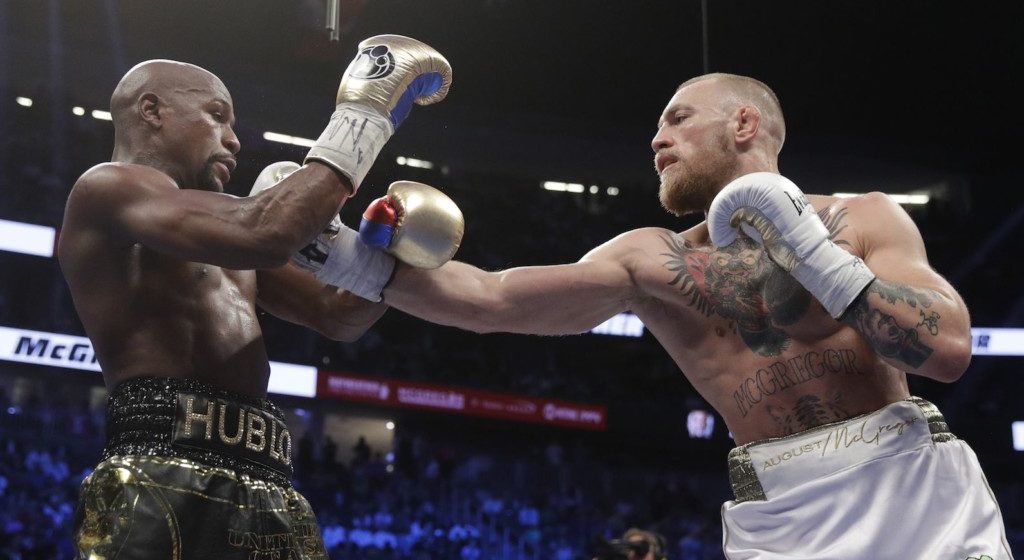 Conor McGregor is reportedly ready to make an undoubtedly high-key return to the boxing ring. Having only just confirmed his return to the Octagon barely a week ago with interim lightweight champion, Tony Ferguson, McGregor certainly isn’t ready to give it a rest just yet.

The would-be contender in the opposing corner is said to be none other than former sparring partner and twice WBA welterweight champion, Paul Malignaggi. For those of you who don’t remember or simply did not hear, Malignaggi was a part of McGregor’s camp in the lead up to the Mayweather fight. Tensions mounted after Malignaggi took issue to the way he was portrayed in a Twitter post, which has apparently left a bad taste in his mouthguard to this day. Malignaggi has since confirmed negotiations between his manager Al Haymon and UFC president Dana White being underway.

Its not nice 2 paint a pic that isn't true, this was a pushdown in sparring, post the whole video rounds 1 through 12 UNEDITED https://t.co/R82BLiMMVm

“I know Al Haymon’s talking to Dana White,” says Malignaggi . “If they want the fight, they’ll make it… I don’t need to do all of that because Al Haymon makes anything he wants happen, happen. The only way it doesn’t happen is if this guy doesn’t have any balls.

Malignaggi went on to claim that “… this is the biggest fight there is…”, going so far as to saying that this will top the Mayweather fight in both magnitude and exposure. Either way, the match will definitely be another fight that will pay through the bloodied and broken nose.

McGregor’s camp has yet to respond with any kind of statement, but it’s clear that the fightin’ Irishman has his head in the game with the upcoming Ferguson showdown. If there’s anything we can have faith in though, it’s that he won’t stay quiet for too long.