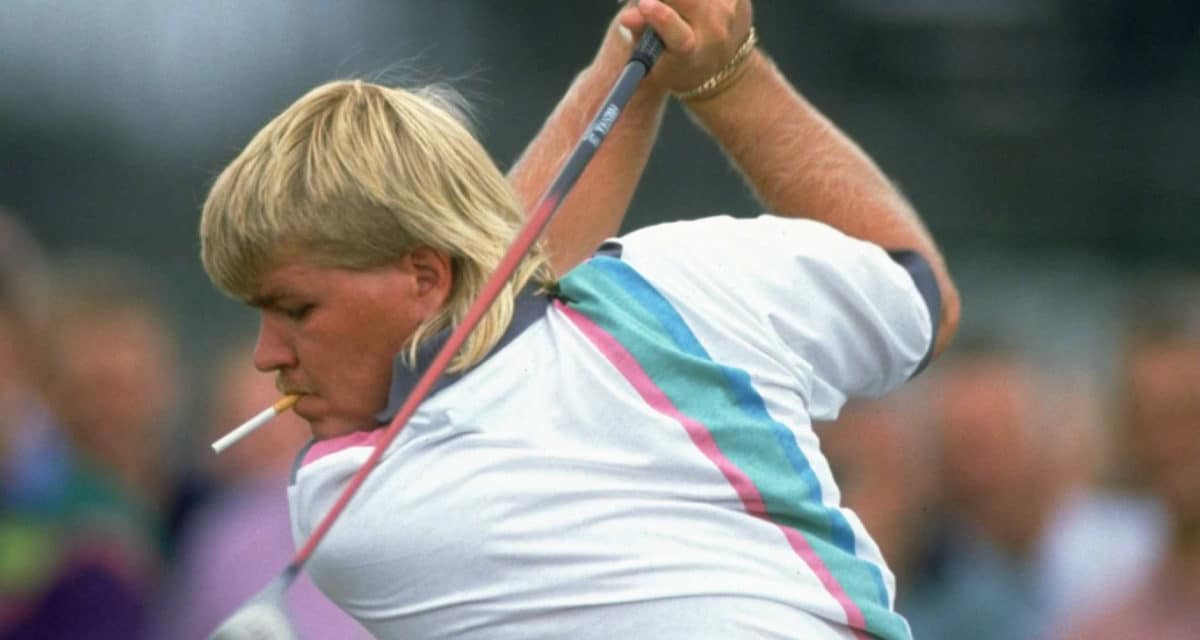 John Daly subverted the expectations of a professional golfer at every possible turn, but nothing – not his hair, dress sense, or even his non-country club ethos – could even dream of touching the grave chemical imbalance that was his diet.

Daly calculated that at the height of his sickening consumption levels, his annual cigarette tally amounted to a staggering 18,000, which was washed down by 515 gallons (close to 2,000 litres) of Diet Coke, and almost no water. And just in case neither of these figures made you to flinch, rest assured, an entire litany of the usual suspects were also present.

So what did John Daly consider to be a “healthy” diet? According to Golfweek, the man claims to have shed 30kg back in his collegiate days using an exceedingly unconventional method (which, incidentally, was also when he formed a lifelong nicotine habit):

“Daly recalls that in order to play college golf at Arkansas, he was told he had to shed some weight. So, he lost 67 pounds in two and a half months thanks to the time-tested diet of Jack Daniel’s and popcorn.”

“As for a long-term way to keep off weight, Daly claims that then-Razorbacks coach, Steve Loy – who would eventually coach at Arizona State and before becoming Phil Mickelson’s agent – told him, “Smoke a cigarette, it’ll curb your appetite.””

The headline, however, isn’t exactly an exaggeration. Late last year, Daly found some fresh motivation to correct his lifestyle choices after revealing he had been diagnosed with bladder cancer. Thankfully, he had undergone a successful surgery – though he’s not out of the woods just yet.

“There’s an 85% chance it comes back… luckily for me, they caught it early,” Daley noted.

“I’m cutting way, way back on the Diet Coke and counting minutes before I can have a cigarette. I’m trying to quit smoking.”

“The doctors aren’t saying it’s too late. Unfortunately, it’s a cancer that keeps coming back. I’m going to listen to them and I’m going to try quit smoking… If it doesn’t go away, I’m going to live my life, I’m gonna have some fun.”

But let’s be honest, anything is an improvement from what you’ve read as well as what you’re about to read below.