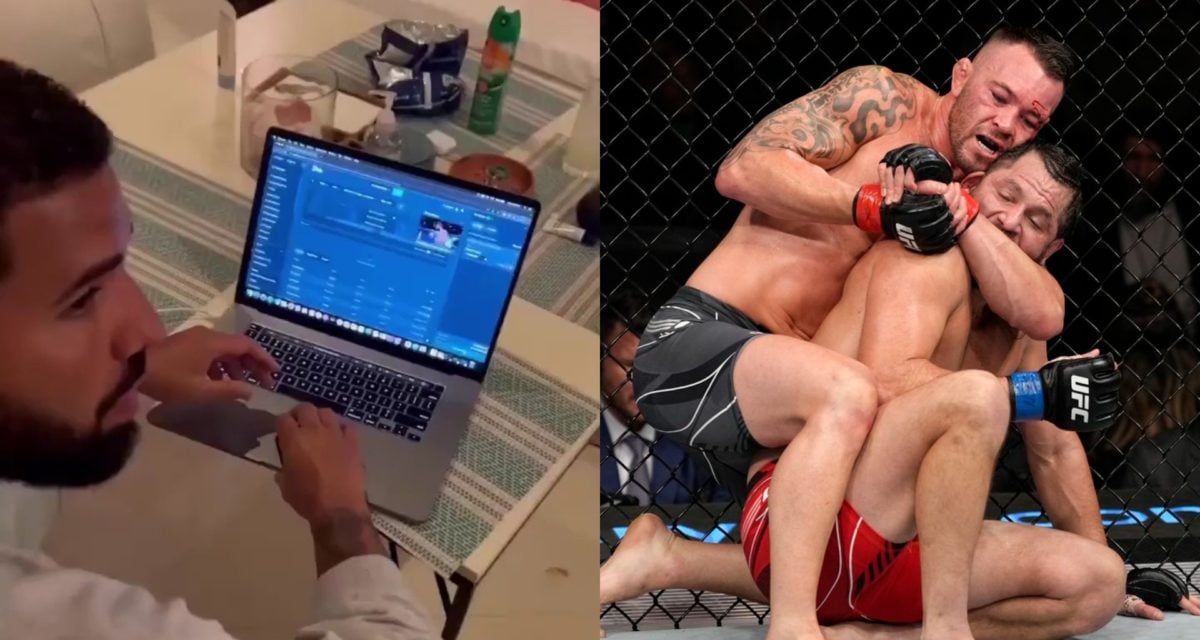 We’ve all fallen victim to an ill-conceived punt. We’ve all been caught out as a filthy casual. But you can seek comfort in the fact most of us haven’t been freight train-ed on both fronts while racking up a hefty six-figure loss, and in a painfully public fashion like Drake – who’s now down US$275,000 / AU$374,000 after placing a bet on Jorge Masvidal at UFC 272.

Street Jesus faced off against former best friend/teammate/roommate turned bitter rival Colby “Chaos” Covington this past weekend in a main event that was marketed as the grudge match of 2022… but recognised by many as nothing more than a WWE-style play at heightened drama. Had Masvidal defied the odds against the clearly superior mixed martial artist – and overall betting favourite – the multi-platinum Canadian rapper would have cashed in over $1 million.

Of course, as any seasoned operator on the losing end of the gambling spectrum will tell you, sometimes the odds exist for a reason. And sometimes a career journeyman who experienced 18 highlight-worthy months on the circuit is still just a journeyman travelling the long route to the middle. With or without the BMF belt. Across all five rounds, Covington would successfully neutralise Masvidal with world-class wrestling, logging another dominant unanimous decision victory to his professional record after his loss to UFC Welterweight Champion Kamaru Usman back in November.

True to form his wildly belligerent cage persona, Colby Covington took issue with the mere idea someone had bet against him, setting aside a hot minute to call out Drake directly during his UFC 272 post-fight press conference.

“Let’s talk about all the money that Drake lost tonight. He needs to go back to selling those shitty albums to get back the money,” the #1 ranked welterweight division contender said at Las Vegas’ T-Mobile Arena.

“I’m America’s champ… Drake, you suck at sports betting. Go back to your shitty little albums and rapping.”

“He’s a bitch… the bitch can wrestle, though,” Jorge Masvidal admitted about Covington during his own UFC 272 post-fight press conference.

Celebrities outside of the MMA world seem to be having a tough run of luck in Jorge Masvidal’s corner lately. As you may recall, retired NFL superstar Chad Ochocinco Johnson famously declared for Team Masvidal in the lead up to the fighter’s hotly-anticipated rematch against Kamaru Usman at UFC 261 last year. Ochocinco reportedly placed a US$50,000 / AU$67,600 bet on the Miami native, only to lose it all when Masvidal was knocked out by Usman. Dramatic Rocky Balboa-style water spray and all. While you can imagine Ochocinco’s reaction, there’s no need. It was actually immortalised by the cameras.

Safe to say, this probably goes beyond the infamous Drake curse. Sorry, Jorge.