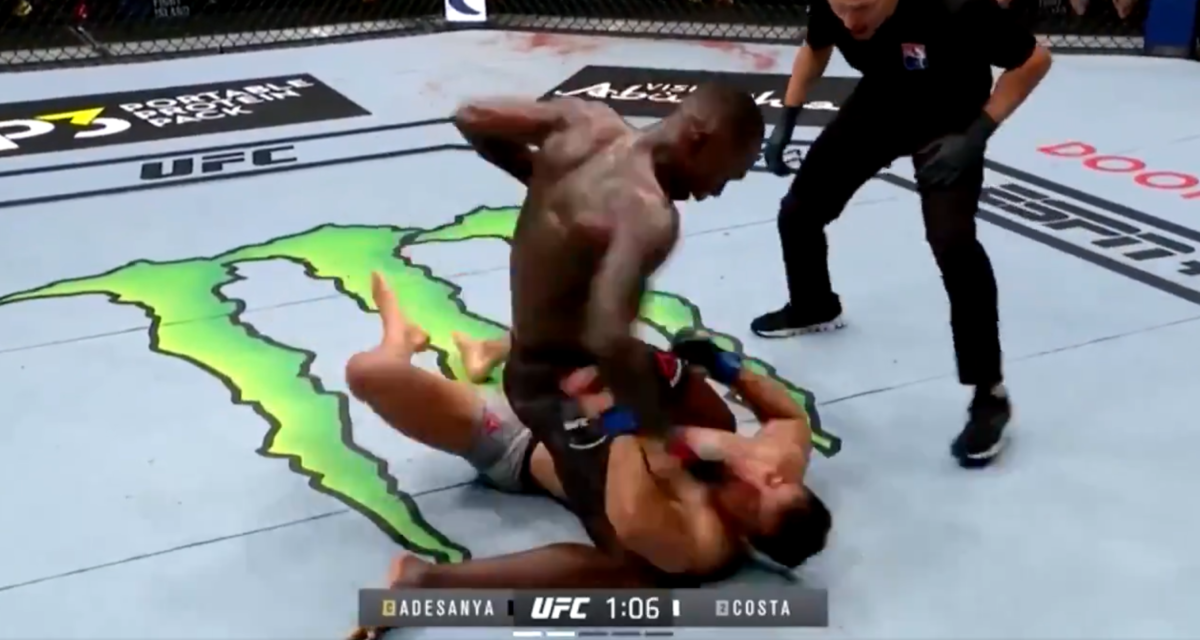 UFC 253 promised a fight for the ages. Israel Adesanya against Paulo Costa. The Last Stylebender against Borrachinha (Portuguese for “eraser”). Undefeated status against undefeated status. Everyone knew that only one athlete could walk away with their record untarnished, and for the most part, we also knew it would result in a surgical victory for Adesanya well before he walked away with 20-0 under his belt.

Round One started fairly tentative, slowly crescendoing into the end game. Adesanya kept a healthy distance, whittling away Costa’s front leg with plenty of unanswered – and unchecked – leg kicks, thereby taking away a significant amount of power, stability, and mobility. Spectators could have easily mistaken what transpired on Adesanya’s part as playing keep-away/point sparring a la Yoel Romero. But it was quite the opposite – he was circling his prey from the outside, zeroing in for the final kill.

Around the three and a half minute mark of Round Two, Adesanya started to pick apart his formidable Brazilian opponent in spectacular fashion. It was a masterclass in precision striking. Already unstable on his feet with a cut gushing above his eyes, Costa learned what happens when you underestimate Adesanya the hard way: you end up eating head kicks and elbows, stumbling backwards on your ass, surrendering full-mount to an individual you publicly mocked for being the inferior grappler, as you’re barraged with punches from top position. It’s like they say, a belt only covers 3-inches of your ass. And a black belt in Brazilian Jiu-Jitsu only takes you so far unless you’re willing to strike more intelligently.

I anticipate many will criticise Costa for underutilising his grappling. Which is a fair assumption – if you’re a black belt in BJJ going against a blue belt, why didn’t you use some of that #porrada knowledge? But the truth of the matter is when you face someone as lethal on their feet as Adesanya, their distance management tends to be a bit sharper than average. One ill-timed shoot could invariably end in the same way. Although it does pose an intriguing question – when will we encounter someone who has the balls to “expose” Adesanya’s ground game, as it were. Fingers crossed it gets to be former UFC Middleweight Champion and Aussie representative, Robert Whittaker.