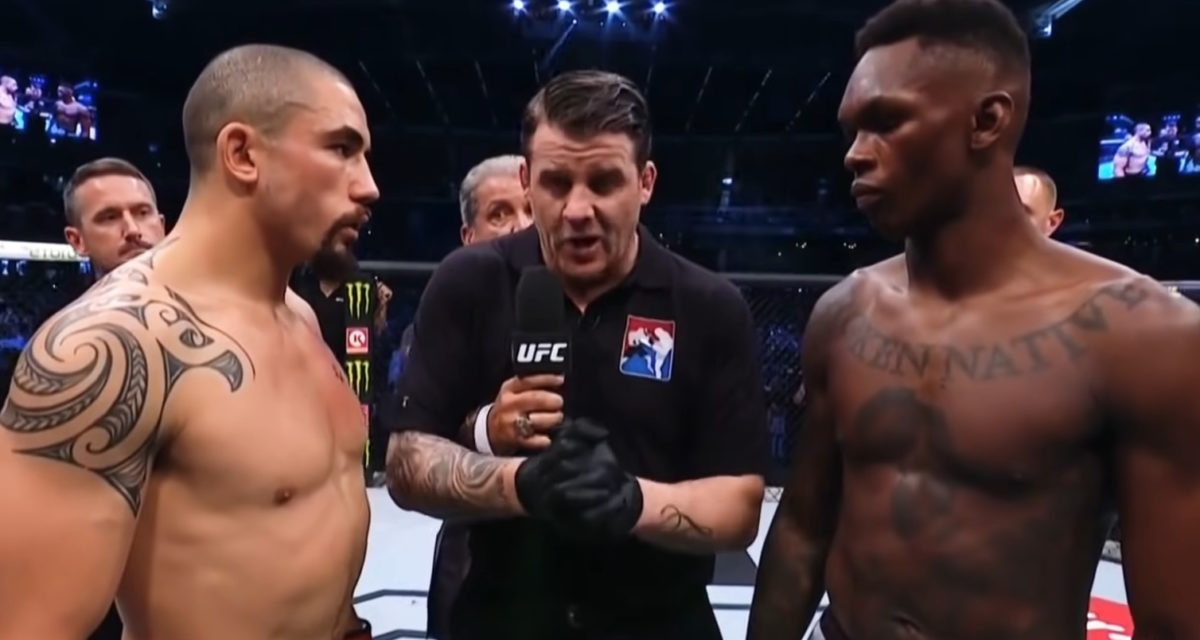 While many had hoped the rematch between Australia’s #1 UFC middleweight contender, Robert Whittaker, and the reigning division champion in New Zealand’s Israel Adesanya would finally occur next January, the blockbuster title fight has been delayed until February 2022 at UFC 271 (coinciding with the NFL’s Super Bowl LVI).

Whittaker’s agent Titus Day first alluded to the possibility while speaking to News Corp a few months prior. The major roadblock, of course, had involved Adesanya’s inability to re-enter New Zealand if he were to compete stateside in light of current COVID-19 restrictions. For reference, Adesanya’s City Kickboxing teammates – Dan Hooker, Brad Riddell, Kai Kara-France – have also been competing in the US with no guarantee of re-entry.

This obstacle was in tandem with the champ’s initial request for the title fight to be hosted on home soil, overruling UFC President Dana White’s desire to get the show going at Madison Square Garden for UFC 268. But now, UFC 271 won’t be happening within New Zealand borders or at the hallowed grounds of Madison Square Garden. Instead, The Reaper and The Last Stylebender are set to clash at the Toyota Center in Houston, Texas.

“We’ve told the UFC to send the contracts. Rob is ready to go. He can fight December, January, February… he’s in great shape and ready to go.”

The world of combat sports has been eagerly anticipating a rematch between Israel Adesanya and Robert Whittaker since the former claimed the middleweight world title via TKO at UFC 243. And when you consider Whittaker’s epic comeback trail, Adesanya’s (failed) experiment in the light heavyweight division, as well as everything else in between… Whittaker appears more than ready to reclaim his crown.

“Watching that fight against Vettori, you can see he’s not untouchable,” says Robert Whittaker.

Adesanya, on the other hand, issued a “callout” of his own in a far less gracious manner.

“That other cunt… what’s his name? Rob Whittaker, Bobby Knuckles,” says Israel Adesanya when prompted about who was next on his professional hit-list.

Prior to Vettori II, Israel Adesanya recorded his first professional loss at the hands of UFC Light Heavyweight Champion, Jan Blachowicz. After failing to make an impact with his striking, The Last Stylebender’s limited grappling was exposed, giving his Polish adversary the win via unanimous decision (and tarnishing his own undefeated professional MMA record).

“I understand why he’s been blown up to seem untouchable, on a different level to everyone else,” adds Whittaker.

“But I think his loss to Jan, followed by his average performance against Vettori – it just confirms that he isn’t as untouchable as everyone thinks.”

In contrast, Robert Whittaker has been in the form of his life. Returning as a more calculating and precise evolution of himself since the prolific loss in Melbourne’s Marvel Stadium, the local MMA talent and fan favourite put on a masterclass against Darren Till during a UFC Fight Night, completely dismantled Jared Cannonier during UFC 254, and made a grim example out of Kelvin Gastelum soon after. Somewhere during his epic comeback trail, the great man himself also delayed the Cannonier bout to donate some much-needed bone marrow towards his daughter Lilliana.

“I’m a much different fighter now. A different person. And I know I have the tools to beat him.”

At the time of this writing, UFC 271: Robert Whittaker vs Israel Adesanya II is scheduled for February 13th of 2022 (AEDT). Here’s every other announced bout so far: 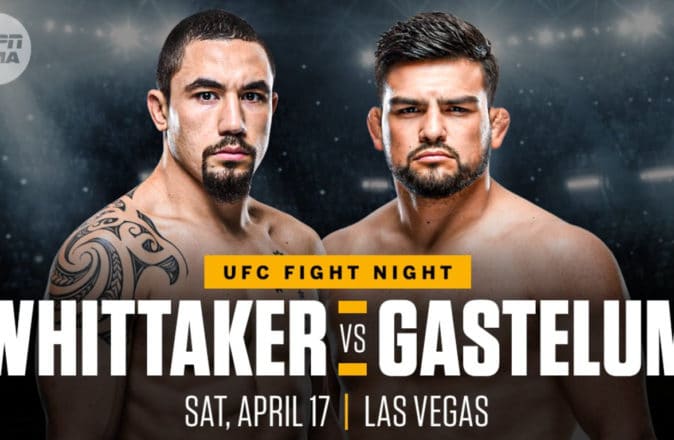