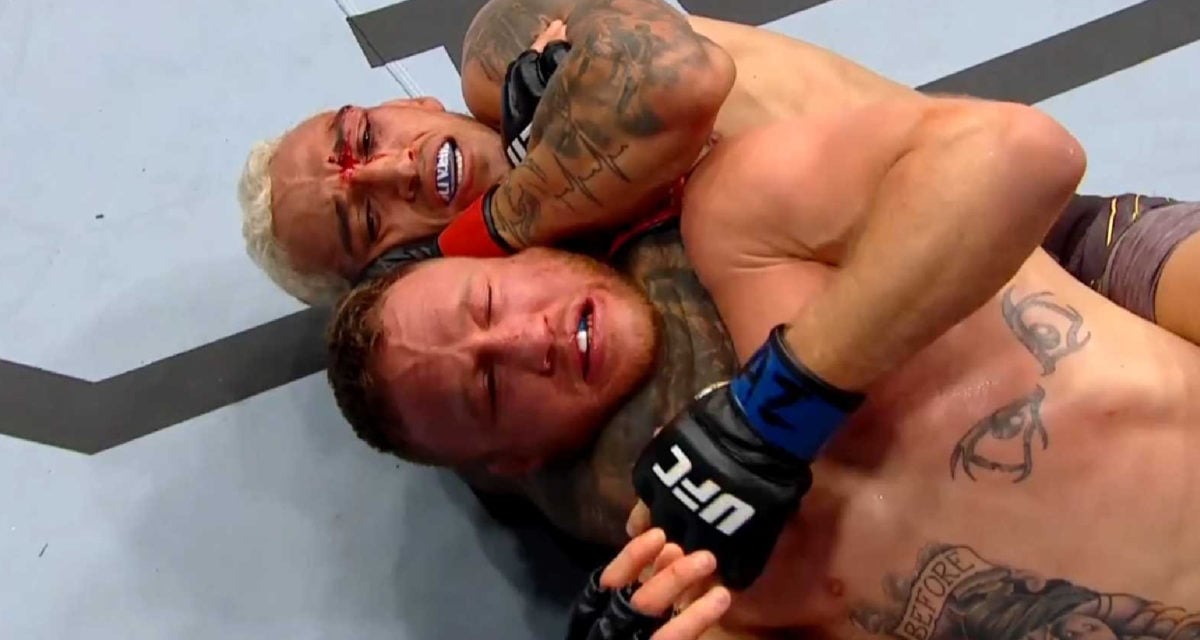 Two titles were relinquished in disappointing fashion this weekend at UFC 274. After an extremely uneventful rematch against Carla Esparza, Rose Namajunas would no longer be Queen of the Strawweights. And despite triumphing over Justin Gaethje within the first round by way of submission, due to missing weight by 0.5 pounds, Charles Oliveira was forced to vacate the lightweight throne – which we can all agree is bullshit, given how Gaethje had rehydrated by another 10 pounds as the “former” champ scrambled to shed that last fraction.

There really isn’t much to say about Rose Namajunas vs Carla Esparza II. What seemed like exercising healthy caution would soon reveal itself to be a disturbing unwillingness to engage a la Israel Adesanya vs Yoel Romero and Derrick Lewis vs Francis Ngannou. It was to the point where seasoned commentators Daniel Cormier, Joe Rogan, and Jon Anik were struggling to make heads or tails of it all.

By the end of five rounds, the decision was left to the judges’ scorecards – an outcome which is precarious on the best of occasions – resulting in Esparza’s reclamation of the UFC Women’s Strawweight belt after seven years on the comeback trail, effectively concluding Thug Rose’s second single-defence title reign (incidentally, also for the second time thanks to Esparza).

In stark contrast, at the very same time over in Nevada, the world was witnessing a proper barnburner between Dmitry Bivol and Canelo Alvarez for the WBA Super Light Heavyweight title. Much to the surprise of the majority – and in defiance of the betting odds – Bivol would put on a masterclass against the heavy favourite, handing Alveraz his first loss since Floyd Mayweather Jr circa 2013. We all know which one UFC President Dana White was actually watching.

While the stench of boredom still lingered about in Phoenix, Arizona’s Footprint Center, Charles “Dos Bronx” Oliveira and Justin “The Highlight” Gaethje entered the Octagon. The hostilities opened with Oliveira stunning Gaethje right out of the gate, before sustaining two knockdowns from the notoriously heavy-handed American pugilist.

RELATED: Islam Makhachev’s Next Fight Won’t Be For The UFC Lightweight Title

As anyone who’s paid even the slightest bit of attention to Charles Oliveira will tell you, it ain’t over until someone taps, snaps, or naps. Roughly halfway into Round 1, a surgical cross would send Gaethje crashing to the canvas, creating the perfect opportunity for Oliveira to remind us all why he’s one of the most feared grapplers in the game. As far as rear-naked chokes go, this one was textbook.

Charles Oliveira may no longer be the UFC Lightweight Champion in an official capacity after UFC 274, but belt or no belt, everyone knows he is the division’s uncrowned king. A stone-cold gangster who couldn’t give a shit about formalities.

Side note: Maybe it’s time for Tony Ferguson to hang up the gloves. In light of his spectacularly heartbreaking four-fight losing streak, it seems the Boogeyman is no more. 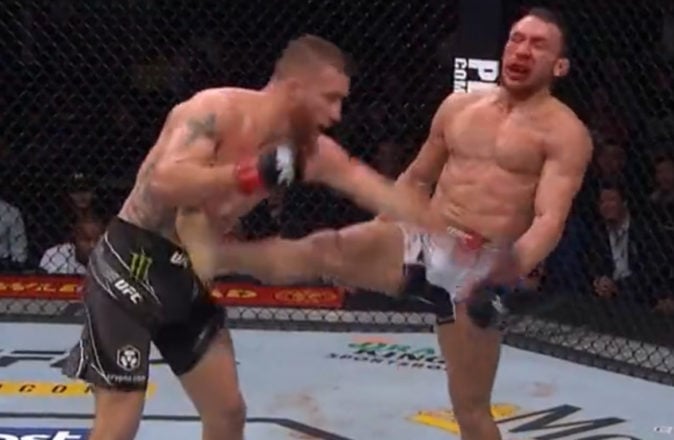