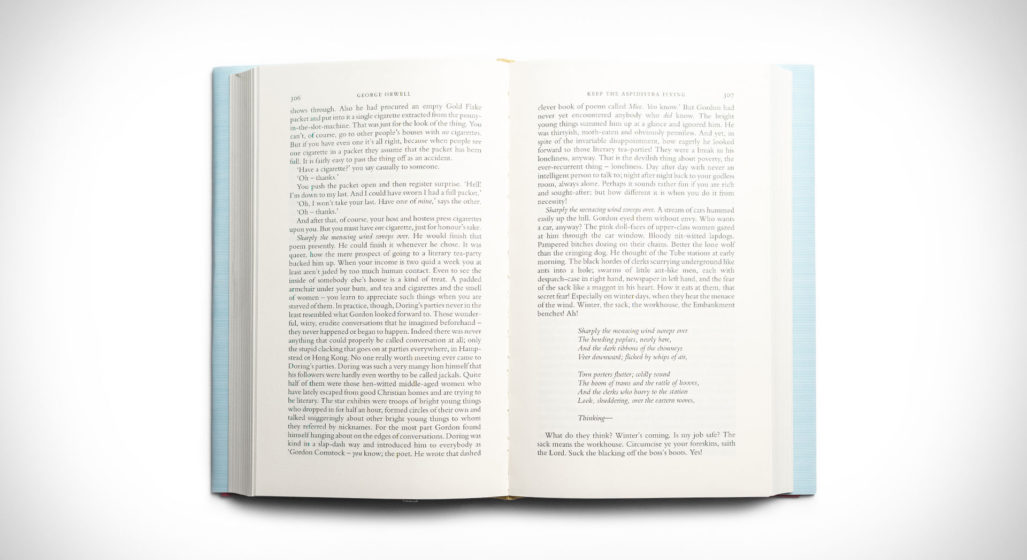 In the age of digital, the analogue is seldom appreciated. Given how the current climate ranks digital and analogue in the unspoken hierarchy of modern living, it would seem that the appreciation for the latter will only decline further. But on some occasions, you just have to just take a moment to admire certain relics from the past. Occasions such as this.

Feast your eyes on this handsome four-book collection, celebrating the deeply influential works of Geroge Orwell. Beneath the gorgeously designed surface, you’ll find narratives that are “modern and clairvoyant”, with each lesson imparted becoming eerily relevant as time goes on – despite being published in the early 20th century. But that’s an entirely separate write-up for another time…

Beyond the brilliant aesthetic, the true value of reading Orwell’s writing cannot be stressed enough. While this collection would look pretty on any bookshelf, it’s also something that every individual in the modern era should experience on an intellectual level. Especially so in the coming years.

The George Orwell book set is retailing for US$150. Preview what it could look like as part of your personal collection in the gallery below.

To find out more about this George Orwell book set, and perhaps even order one for yourself, be sure to visit juniperbooks.com.

RELATED: The Books Every Man Should Read Before Turning 30.