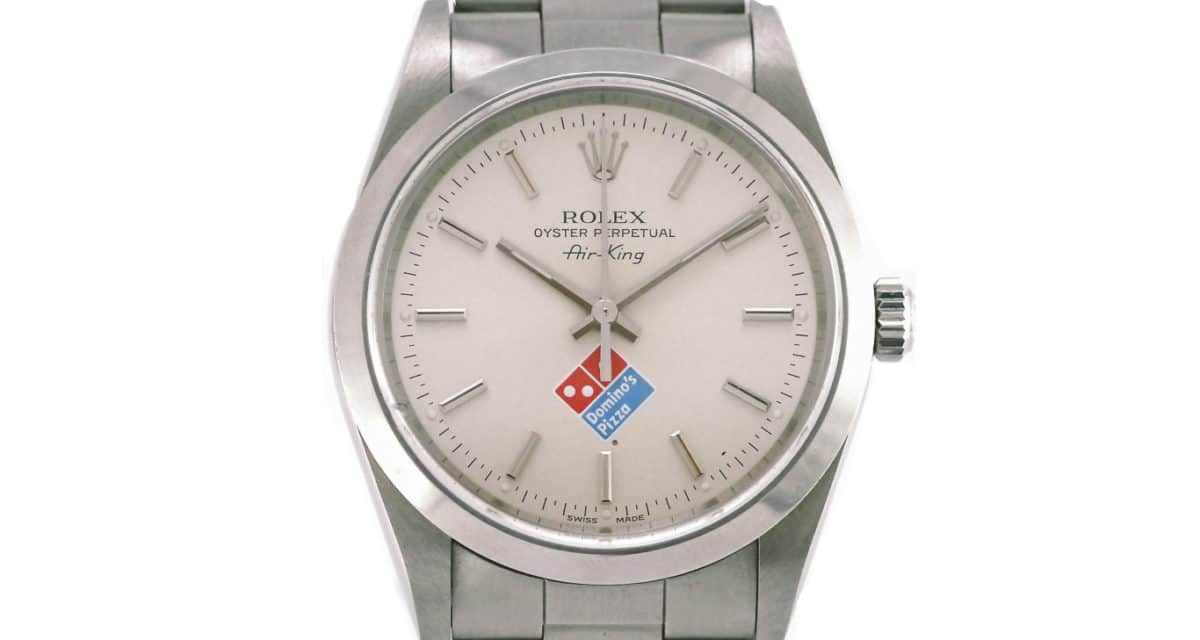 In the current climate, the demand for Rolex watches is only escalating. The value of a Rolex on the secondary market is at a record high. But there’s another way you can score a luxury timepiece without forking out stacks – and no, you won’t have to survive ejecting from a fighter jet for this particular timepiece, either. As it so happens, all you have to do is work for Domino’s Pizza.

Within the company, it’s known as the Domino’s “Rolex Challenge” and it all began in 1977. Founder, Tom Monaghan, gifted a hard-working manager with the watch off his own wrist for turning over US$20,000 in a single week of sales. Only back then, it was a Bulova with Domino’s logo on the face. A little later on, Monaghan began giving away Domino’s branded Seikos to employees for the same achievement.

It didn’t take long before Monaghan upped the ante by instituting the official “Rolex Challenge”. US$20,000 in sales accomplished within a single week would earn you a silver Rolex Air-King, complete with Domino’s branding on both the face and band.

RELATED: $372,000 Rolex Daytona Found Between The Cushions Of A Thrift Store Couch.

In the present day, the challenge has been kicked up a notch. The new conditions entail US$25,000 in weekly sales for four consecutive weeks to earn the grand prize of a Rolex Oyster Perpetual (now branded on the band and casing).

Why the increase in stakes? In addition to inflation, a Rolex itself has also increased in price over the years. And given the average weekly sales of a Domino’s franchise over in the States reportedly comes to around US$17,000, it isn’t that far of a stretch to have an excellent Rolex-worthy month. Not content with simply winning it once over, some franchisees have even hit the Rolex-earning mark multiple times.

“As soon as I [realised] the challenges were attainable, I started to work hard for them,” says Hannah Lantz, Domino’s franchisee.

“I have won five times, including at the $45,000 and $50,000 level. Fifty-thousand dollars is a lot of pizza per week. It required growing the staff and more preparation.”

There you have it, fellas. You know what needs to be done to earn you a sleek plain Jane Rollie.

This vintage @Rolex is not an exercise in co-branding. For decades, @Domino’s has been rewarding their top-earning managers with Domino’s-branded Rolex Air-Kings. (📷@sungsdynasty) #womw #watches #rolex #domino 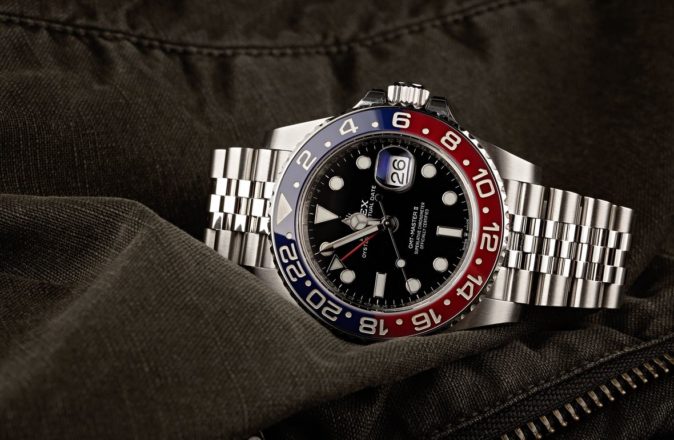