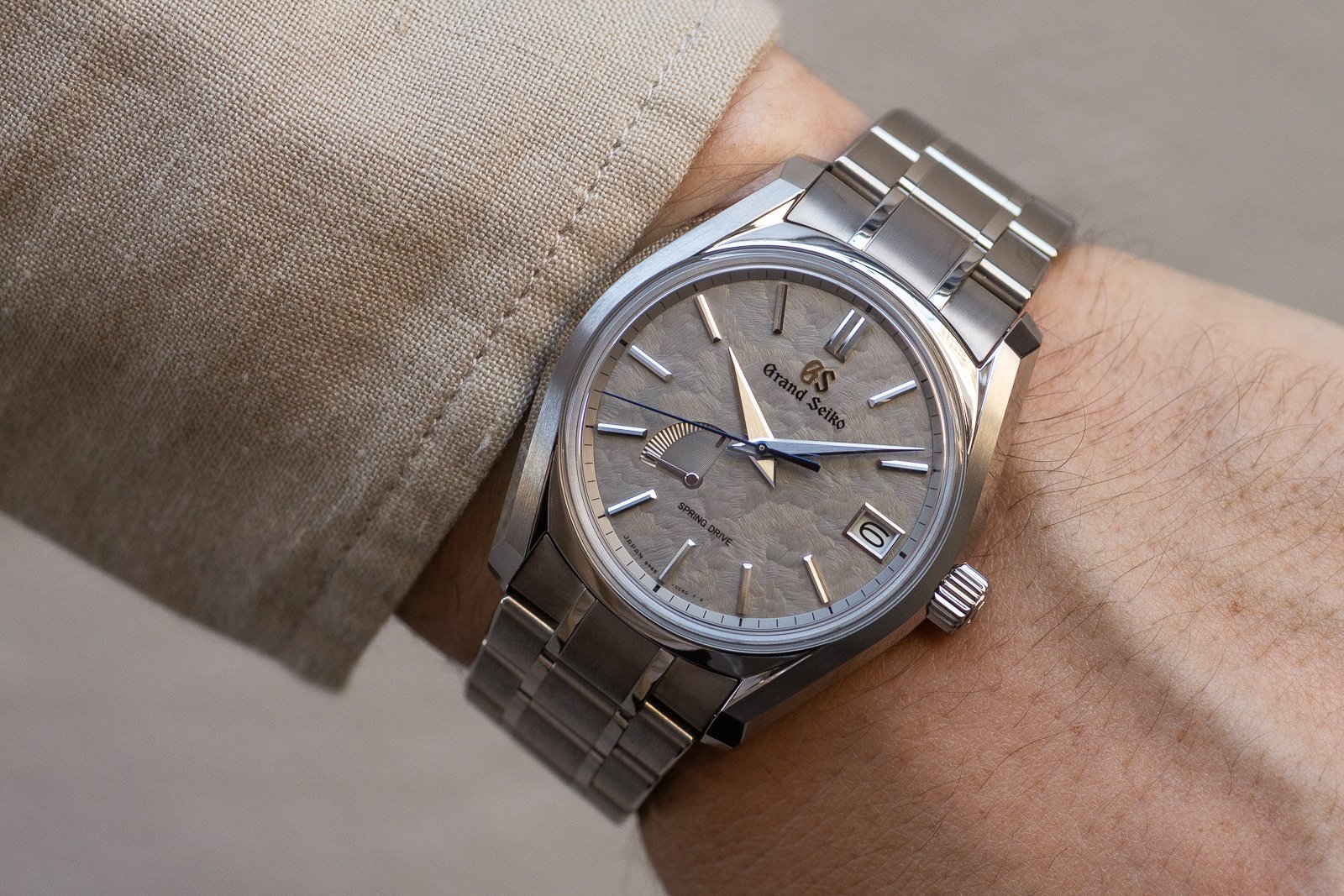 Japan is a country well known for its remarkable natural beauty, and perhaps even more so for the impressive breadth of its seasonal transitions. From knee-deep snow in the winter to the blazing intensity of the summer sun, Japan has a climate and countryside that covers it all, and it’s exactly this seasonal beauty that Grand Seiko celebrates in its 24 sekki collection.

In Japan, each of the four seasons of the year is experienced in six phases and all have their own distinct characters. These new watches celebrates one of the year’s twenty four seasonal phases or sekki – one for each season in the Grand Seiko Hi-Beat SBGH271 and SBGH273, and the Grand Seiko Spring Drive SBGA413 and SBGA415.

No, their reference numbers aren’t likely to imprint themselves in your memory immediately, but the better you get to know each reference, the more you’ll understand why watch collectors around the world have flocked to them.

Originally released as a collection that was sold exclusively in the US market, Grand Seiko delighted fans across the rest of the globe with the announcement that the 24 sekki collection would be available worldwide. The collection is not just linked with the thread of the changing seasons, but also by the distinct 62GS case shape which is an icon within Grand Seiko collecting circles.

Originally launched back in 1967, the 62GS case was used in Grand Seiko’s first automatic wristwatch and was instantly distinguishable from its peers by the mirror-polished case sides. The mirror polishing method, also known as Zaratsu polishing, quickly became a defining characteristic of Grand Seiko watches in the years to come, revered for their distortion-free surface and razor-sharp case lines.

Grand Seiko has kept the Zaratsu polishing method alive to this day, making the 62GS case shape an important part of the history of the Japanese watchmaker, and a fitting canvas to use for the contemporary 24 sekki collection. So without further delay, let’s take a look at each of the new four watches in the collection (which are available to pre-order from November 2021), not to be confused with the existing four watches released, and find out what makes them so enticing.

The first watch in the collection is the SBGA413, an ode to the springtime in Japan, or more specifically, the Vernal Equinox Day known as Shunbun. Occurring towards the end of March every year, Shunbun is marked by the soft pink sakura blossoms that bloom and fall once a year to spectacular effect.

To celebrate the pink hue of the sakura blossoms, Grand Seiko has created a heavily textured dial using the same delicate colour. While the pink cherry blossom petals that carpet the ground are a beautiful sight to see, they serve as a reminder of the ephemeral quality of the world around us, and how this fleeting impermanence should never be taken for granted.

The SBGA413 also features a high-intensity titanium case that measures 40mm in diameter and 12.8mm thick, the design of which is of course inspired by the original 62GS case shape. Powering this reference is the 9R65 Spring Drive calibre, which offers a very respectable 72 hours of power reserve and is guaranteed to an accuracy of within ±1 second per day.

Next up and we have the SBGH271, a vibrant nod to the lush greenery of the early summertime, known as Rikka. The days are hot with the intensity of the summer sun, while the nights are the shortest they are all year, with much of the landscape transforming under a blanket of fresh green grass.

The summertime also sees the emergence of a warm wind called Kumpu, which moves through the fields of grass with the same relentless rippling of a lake’s surface. The rippling grass caused by the Kumpu wind is the source of inspiration for the deep green dial of the SBGH271, featuring a more tightly textured pattern across its surface than its spring-inspired sibling. The hands, hour markers and dial text are all finished in a gold-tone, which warmly contrasts with the rich forest green dial.

Rather than the lightweight titanium of the SBGA413, the SBGH271 features a stainless steel case, also measuring 40mm in diameter but a hair thicker at 12.9mm. Also different is the movement beneath the dial of the SBGH271, which is the automatic 9S85 hi-beat calibre, which offers 55 hours of power reserve and will be accurate to within +5 to -3 seconds per day.

The third member of the 24 sekki collection is the SBGH273, which takes its inspiration from the Autumnal Equinox or Shūbun. During this celebrated public holiday in Japan, the nights have started to grow darker, while the moon seems to shine brighter, signalling the approaching cold of winter.

It’s these longer nights and brighter moons that serve as the inspiration for the midnight blue dial of the SBGH273, known in Japan as tsukiyo. Its surface is also very lightly textured, offering a blank canvas to project our own impressions of the autumn night sky, with a gold-coloured GS logo and seconds hand cutting a subtly contrasting figure across it.

Similar to the summertime SBGH271, this SBGH273 also features a stainless steel case with identical dimensions to its warmer sibling. Likewise, the hi-beat calibre within it is the same automatic 9S85, with around two and a half days of power reserve as it ticks away at 36,000vph.

Finally, the SBGA415 represents the freshly dropped and heavy snow of winter, known as Taisetsu. It’s a period in the Japanese calendar when the branches of the pine trees are heavy with freshly dumped powder, the sun casts light without warmth and the days are at their shortest point for the year.

Immediately, you’re able to recognise the crisp, almost opaline hue of the dial, executed in a glistening white that can only remind you of the snow. The dial is more heavily textured, much like the soft pink of the SBGA413, and is uninterrupted apart from the heat-blued seconds hand that sweeps over its surface once a minute.

Also similar to its springtime sibling, the SBGA415 is cased in 40mm of high-intensity titanium, which offers a darker contrast to the pearly white dial. The case also features the same distortion-free Zaratsu polished flanks of the 62GS case shape, in a design that could only have been born in the Grand Seiko workshop. Powering the SBGA415 is the 9R65 Spring Drive calibre, with three days of power reserve stored in the proprietary movement.

Considering raw materials, movements and dials, the Grand Seiko 24 sekki collection showcases the best of everything the brand has built its stellar reputation on. Additionally – alongside incredible quality and finishing – the collection captures the very essence of the brand, inspired and enchanted by Japan. Head to Grand Seiko to lock in your pre-order now.