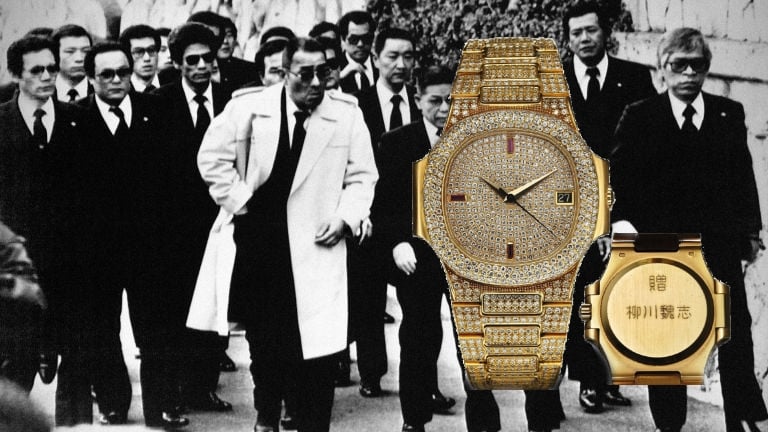 I suppose there’s not much that needs to be said when you’re one of Japan’s most notorious Yakuza bosses. In fact, I’m fairly certain you’re not meant to say much to anyone when you’re a high-profile organised crime figure (at least not without running the risk of outing yourself). But a little extra never really hurt, like in the case of Jiro Yanagawa’s Patek Philippe 3800/108 Nautilus – a statement piece through and through.

As one of the most expensive Nautilus pieces ever created – and one of the rarest given the unique cushion shape – this particular Patek is believed to have found its way to Yanagawa as a gift.

Boasting of an 18K yellow gold dial with date, concealed white gold deployant clasp, and an all-round attitude of “not-to-be-fucked-with”, the timepiece is accompanied by an entire array of precious gems. But let’s be honest… “accompanied” is a bit of an understatement; “overwhelmed” would be a far more appropriate choice of words.

In terms of function, this particular Nautilus is self-winding and water-resistant, with a straight-line lever escapement. There’s also a monometallic balance adjusted to both heat and cold. Housing a shock absorber and self-compensating flat balance spring, the triangular dauphine hands are made of – you guessed it – yellow gold.

Say what you will about the man and the watch aesthetic – the former being a criminal and the latter having been characterised by many as garish, loud, over-the-top. This level opulence and luxury is a testament to how far Jiro Yanagawa had come as a man. From an impoverished Korean immigrant child, pushing the absolute limits to solidify his status as a “somebody” – albeit through less than legitimate means – to a feared crimelord with ice on his wrist, if it weren’t for the less-than-wholesome element of illegal activities, it’d be a classic bootstrappin’ rags-to-riches story.

At its peak, Yanagawa’s syndicate was over several thousand men strong. But gangland wars and law enforcement saw to its disbandment soon after. Though you may be interested to hear, there is a slightly more uplifting epilogue. Turning over a new leaf during the twilight years of his life, Yanagawa became a goodwill ambassador between Japan and Korea, later even assuming the position of founding commissioner for Japan’s International Boxing Federation branch.

The Patek Philippe 3800/108 Nautilus is estimated by classicdriver.com to be worth anything between $115,000 to $192,000. And while it was only auctioned off a few years ago, keep an eye out for the next time it goes on the block. 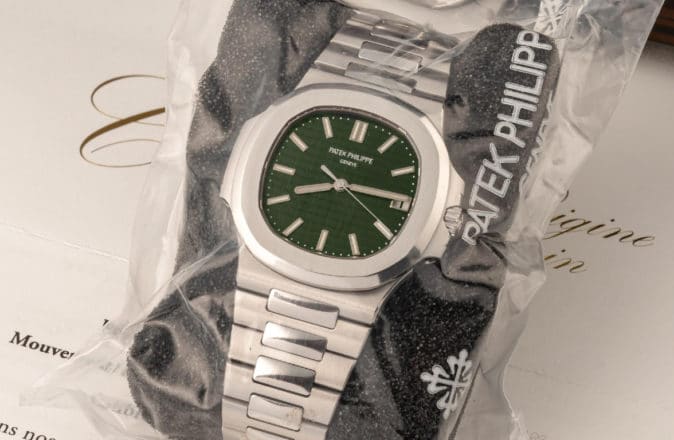 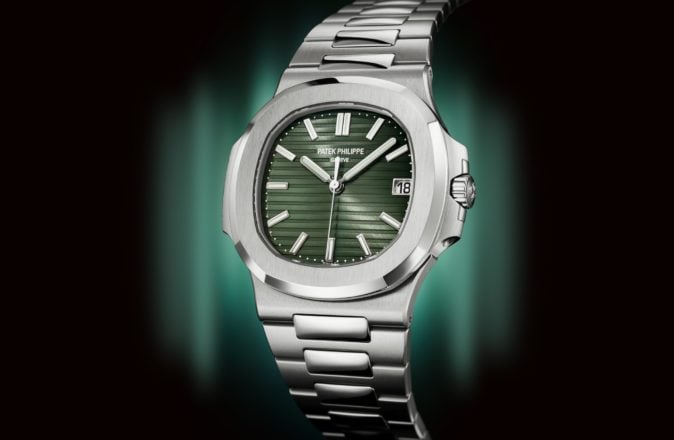 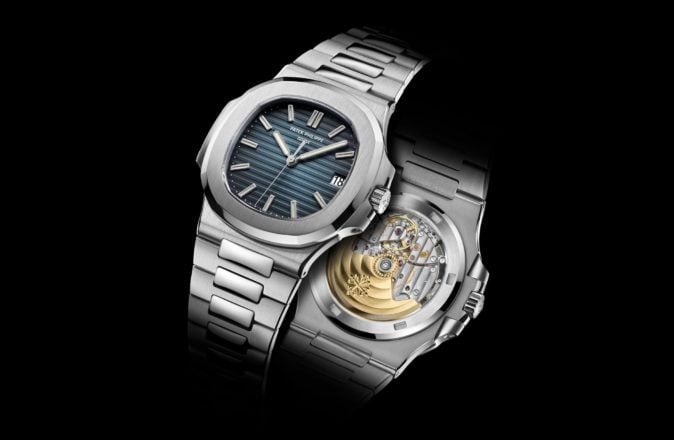