The Watch Worth More Than Two Aventadors 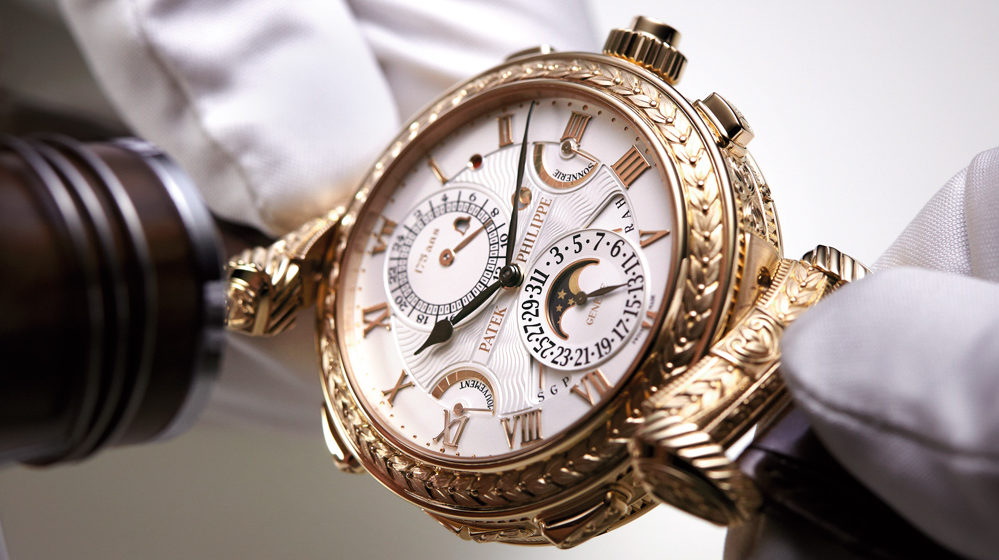 If one is familiar with the Swiss watchmaker Patek Philippe, one will understand the calibre of their existence within horology industry. Not only do they produce some of the most accurate and sought after watches on the planet, as of a few months ago they now produce the world’s most complicated wristwatch. In horology terms a complication within a timepiece often refers to the extra functions they posses apart from displaying the hour and minute.

A typical Rolex may possess up to 3 or 4 depending on the model, Patek Philippe have decided to go a tad further in honour of their 175th anniversary by creating the masterpiece that is The Grandmaster Chime. Not only does this watch sound various distinct chimes such as the grand sonniere and petite sonniere at particular intervals, it also contains 20 complications.

Now one would assume that the watch only has one face but the iconic watchmaker has gone a step further and added a second face on the back of the watch which would traditionally show the movement but instead displays a complete calendar function paired with a moon phase display. The timepiece features an 18 carat rose gold hand engraved case which rotates between two lugs so that you may wear whichever face you prefer facing up on your wrist.

If you have $2.6 million lying around ready for your next timepiece purchase I strongly suggest investing in one of only seven of these that will ever be produced, not only will you posses one of the most complicated watches in history you will also be treated to the luxury of the watch being encased in an ornately crafted box in Madagascan Ebony plus bragging rights.

Below is a video outlining the total manufacturing process of the watch – a pure work of art.