An Italian Food Safari for a Budding Food Enthusiast 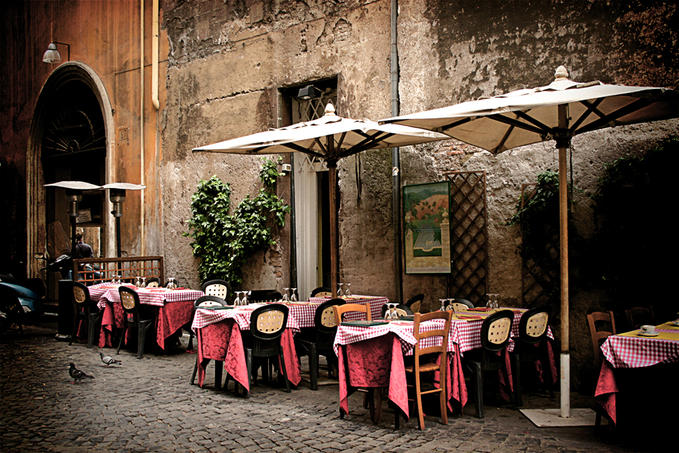 Food is life. It is pretty much that simple. I tend to be one of those people that finds their social calendar centered on food and where to best source it. It’s the best excuse for catching up with an old friend, or new one, it’s a fantastic and completely relatable talking point and it’s so diverse that you have never experienced or tasted it all. I love to source out new trendy places, as well as find showstoppers that do the traditional stuff really, really well. So I guess it comes as no surprise that when I was planning a trip through Italy with a friend as the conclusion to a semester studying abroad it became a food safari, guided by our newly found Italian friends and their recommendations and my apt use of the resources on the web – Google: best gelato in [insert Italian city here]. So I am saving you some time and ensuring a good feed by listing some of the must try’s below.

Genoa was an unusual addition to our safari, and was based purely on the information that this is the birthplace of pesto. Yep that’s right, pesto. And yes, that’s why the glass jars of pesto you buy at your local supermarkets say “Pesto al Genovese”. How cultured of you to know that now. So I am not going to recommend a particular place to actually eat this amazing dish, but just to ensure that if you have the time to include Genoa on your list, check it out and source a dish of Trofie al Pesto. This is the traditional noodle that is best eaten with the sauce.

If pesto wasn’t enough to shake you, well then know that Genoa is also the birthplace of focaccia. I bet it’s on your list now. Again, focaccia is everywhere in this cute port-side town, so enjoy.

Bologna, the home of tortellini and where I claim I had the best gelato in Italy. Also, spaghetti bolognese is amazing in this city. Tortellini is their signature dish, to the point where their tourist shops sell little tortellini magnets. Bologna is also situated in the region of Italy that is known for its mortadella and prosciutto cold meats, so do not underestimate the satisfaction to be gained from these foods. For the gelato, however, make sure that you visit Cremeria Funivia. Just amazing.

This was my favourite city in Italy. In terms of food, you may have your break from the carb loading, as long as you do not leave this place without trying a traditional Florentine steak. For this I highly recommend Cipolla Rossa on Via Dei Conti – it will not disappoint and is in a central position not too far from the Duomo. I am not usually one for a rare or semi-rare steak, but this is not your average steak, so trust me when I say – order a Florentine steak and eat it exactly how they serve it. Some amazing gelato in Florence was served up by Grom, so I would definitely give this a go.

Ah Rome, a la capital of the food country. In Rome we were recommended to we entertain a plate of carbonara and matriciana. Of course we did this and were not disappointed. Grom can also be found in Rome for certain gelato delight among others. We ate at Antica Trattoria Tritone which was beautiful food and an even more beautiful quaint setting.

A few side notes;

So there you have it, the beginning of a glorious food safari through Italy, or at the very least another few reasons to pop down the land of pasta, pizza and leather fashion accessories on your bucket list. Ciao!