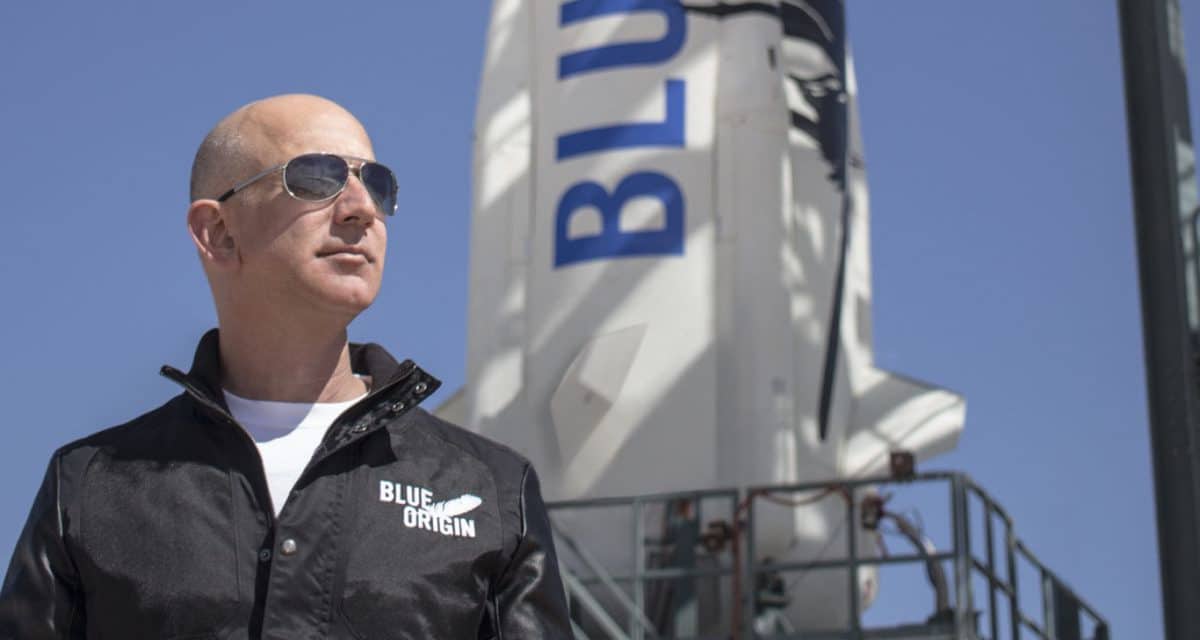 When you’ve built an empire that world governments are struggling to regulate, accrued a staggering net worth of $200 billion, and voluntarily tuck into some iguana meat on a whim… what else is there really left to do in the main mission? For Amazon’s Founder & soon-to-be former CEO Jeff Bezos, the side quest that is retirement doesn’t involve taking up lawn bowls and sitting around at the local RSL, commenting on how many “good sorts” there are wandering about over a pint – it apparently involves leaving the planet to space via the first crewed flight of New Shepard, a six-seater rocket ship constructed by his other company and SpaceX rival, Blue Origin.

“Ever since I was five years old, I’ve dreamed of traveling to space,” Bezos announced via Instagram yesterday.

“On July 20th, I will take that journey with my brother. The greatest adventure with my best friend.”

In a little over a month’s time, Jeff Bezos will become the first billionaire to venture beyond Earth’s stratosphere, beating both fellow space investing members of the three comma club – Elon Musk and Virgin Galactic’s Richard Branson – as well as Japanese mogul Yusaku Maezawa, who famously bought out a entire SpaceX flight just to flex on us terrestrial-bound plebians. That is unless Big Daddy Musk pulls one of his left-of-field antics for the meme (always for the meme).

“You see the Earth from space, it changes you. It changes your relationship with this planet, with humanity,” Bezos adds in the video above.

“It’s one Earth. I want to go on this flight because it’s the thing I’ve wanted to do all my life. It’s an adventure. It’s a big deal for me.”

“I wasn’t even expecting him to say that he was going on the first flight,” says brother Mark Bezos, former advertising executive, volunteer firefighter, and Senior Vice President of New York City-based charity, Robin Hood (the irony… I know).

“And then when he asked me to go along, I was just awestruck. What a remarkable opportunity, not only to have this adventure, but to be able to do it with my best friend.”

Blue Origin’s New Shephard flight will reportedly span no longer than 11 minutes and reach no further than 60 miles / 100 km above Earth – something known as the Karman line, “the formal beginning of space.” For about three minutes, the Bezos brothers will experience weightlessness, before the booster rocket autonomously land around the seven minute mark, and the crew capsule touches down somewhere in West Texas via parachute three minutes after that.

A third crew member is set to join the Bezos brothers, currently being decided by charity auction, with the highest bid sitting at US$2.8 million as of this moment. 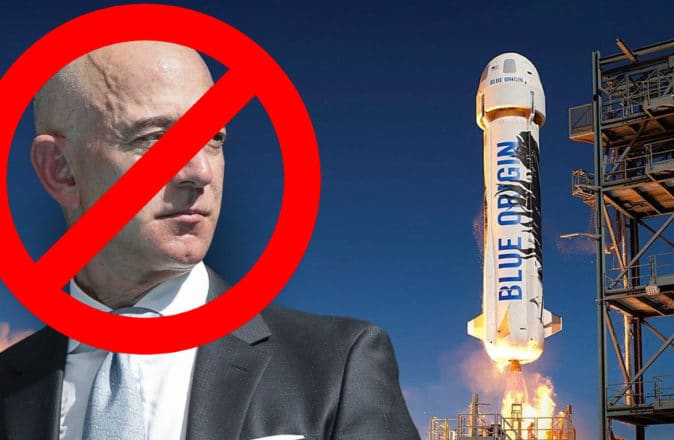 15,000 Sign A Petition To Deny Jeff Bezos Re-Entry To Earth