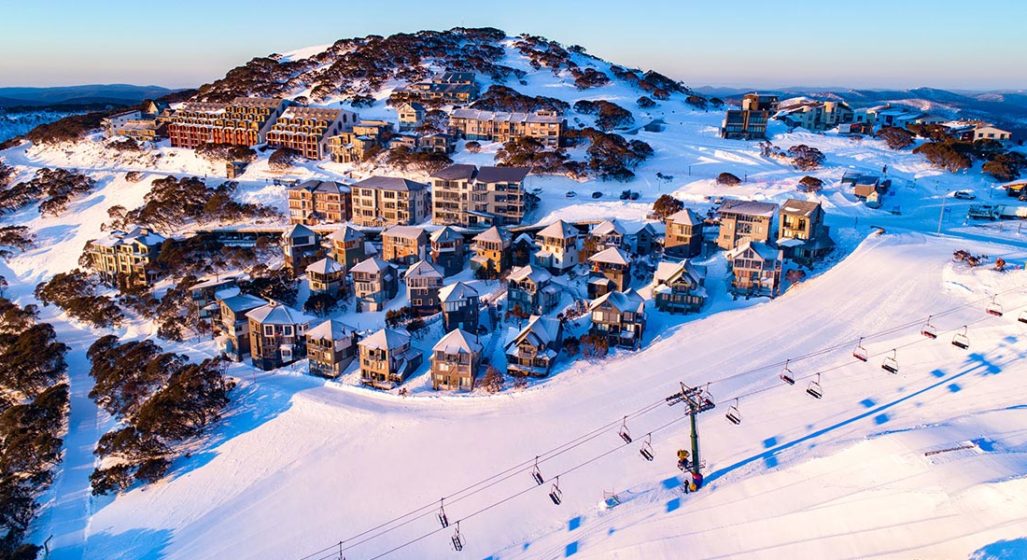 Sick of driving the 5-6 hours from Sydney to Thredbo? Qantas is going to help with that. Having just announced the return of their mystery flights last week, the crimson carrier is set to introduce three new routes to Cooma and Albury that’ll make accessing Australia’s best ski fields a lot more convenient, minimising time spent on the road, and maximising time spent on the snow.

As the gateways to the best ski resorts across New South Wales and Victoria, Cooma and Albury are at their busiest during the colder months. The former is the gateway for Perisher Valley, Thredbo, and Charlotte Pass in New South Wales, while the latter is best for the Falls Creek and Hotham resorts in Victoria. All routes will be serviced by QantasLink’s turboprop Q400 aircraft.

Aussies may recall that regional carrier Rex announced that they will discontinue their long-standing service between Sydney and Cooma due to Qantas’ apparent “predatory” behaviour of rivalling the smaller airline on other routes. With Australia’s national carrier now muscling in to take over the popular ski season route, it begs the question of what other routes will remain in contention between the two brands as domestic travel makes its rapid return.

All three Qantas ski flights are set to start from 1st July to 26th September. And times have been considered carefully to allow ski and snowboard enthusiasts maximum time on the slopes, particularly valuable following a year in which snow fiends weren’t able to travel to their favourite mountains.

Flights from Sydney to Cooma, for example, will allow snow lovers to depart after work on a Thursday or Friday and catch a return flight back on Sunday in the evening.

Brisbane locals get an even better deal when it comes to convenience, given the flights will be the first time an airline has flown a direct connection to the resorts. That’s even less time on the road, and more time on mountains for snow sport enthusiasts coming down from the sunshine state.