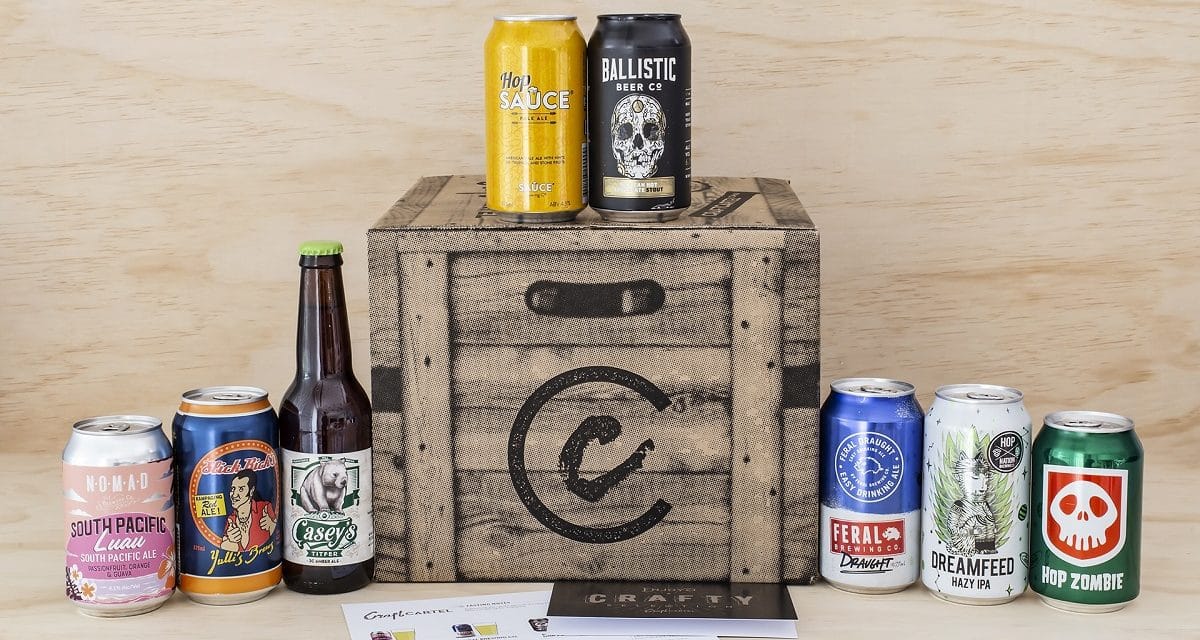 There’s never enough beer in the world, evidenced by the constant stream of new releases barrelling in from all corners of the globe. Across the tens of thousands of breweries in existence, an endless output means that there’s a lot for beer enthusiasts to get around. And that means even more noise to cut out. That’s where the best beer subscription services in Australia come most in handy.

Whether they are fuelled by a qualified cicerone (basically, a beer sommelier) or just run by brewers themselves, there’s several highly curated and resourceful platforms making it easy to discover the best brews. Best of all, they have been designed to stop you from having to do the laborious shifting work required to narrow in on the world’s best, most exciting, and downright creative beers.

Below you’ll find a list of the best beer subscription services in Australia, all of which ship Australia-wide and have no lock-in contract.

Long-running Sydney-based service Beer Cartel aims straight for the craft enthusiast with their monthly packs, curated to highlight leading and independent local and international breweries. It’s possibly the best way to keep up with the endless amount of brews being sloshed around the scene, whether you’re after a one-off pack, or the regular ‘Beer Club’ delivery service.

We suggest going for the $40/month Bootlegger pack, which promises three new releases plus three from Beer Cartel’s core 1000-deep range. Though there are also options to bump that number up considerably, all the way to the stacked  $90/month “Black Market” box which nets you 12 new and rare beers.

Another one of Australia’s most beloved independent drink retailers, Carwyn Cellars offers a number of subscription services, though perhaps none as adventurous as the bimonthly “Club Wild”. At $120 every two months, the experts at this Melbourne-based shop hand select a dozen “wild” beers for delivery straight to their members, showcasing “small micro-breweries, local producers, gypsy brewers and old world rarities”.

While Club Wild is probably best received by those keen on a wider scope, there’s also the $50/month “BeerThusiast” pack which packs boxes full of “greatest hits” for a more regular craft hit. Gin fans also get a lick in with an $80/month service, and cashed-up wine fans can go for the $109/month “Magnum Deux” which delivers two new world and old world magnums – one red, one white – every month.

Our Blind Tasting Mystery Box is starting this Friday (May 8th)! We still have about 30-40 boxes left if you haven’t gotten yours yet there is plenty of time to place an order. We are doing local same day deliveries all week or we can get yours posted out asap! Don’t miss out on what should be one of our most exciting and entertaining ideas yet! https://www.bucketboys.com.au/products/bucketboysblindtastingbox-16beers16days

Bar, bottle shop, and now subscription service – in the realm of craft beer, Bucket Boys are nothing if not tenacious. The Marrickville-based team has put together a number of subscription options for those wanting regular injections of craft beer sourced from across the country and abroad, showcasing the best breweries from as little as $89 either every month, or every quarter.

The Boys are so committed to beer discover that they’ve even slapped on a definitive option: the $160-per-quarter “Beer Explorer Box” for the “über beer geek”, sporting 16 beers of varying size and stature, each selected by a Certified Cicerone (beer sommelier) with a promise that at least one bottle will always be something extremely rare, sourced exclusively for the box.

Steady building up their stockpile of craft beers from around the world, Craft Cartel is well-placed to keep your fridge stocked with new and unique brews. The brand’s dedicated Beer Club offers two choices – either a box of 8 beers ($59), or one packed with 16 ($99), delivered either monthly or quarterly. Do note that the later option still nets you 8 different brews, but just 2 bottles each.

Brews are delivered on the 15th of every month and typically prefer new Australian beers. At the time of publishing, the current box contains everything from a Cattleyard Brewing Summer Red, and a Littlebrew Mango Vanilla Sour, to Willie The Boatman’s Lil’ Louie XPA.

RELATED: The 110 Funniest Ways To Call A Beer A Beer

Whether you want your beer monthly, bi-monthly or quarterly, Melbourne’s pioneering Slowbeer is still one of the most dependable platforms in Australia for its unwavering dedication to local micro-breweries and innovative internationals.

The team has made their Beer Club as flexible as possible, giving you the chance to get as specific as you want, or hang back and leave the hard choices to them. After all, they’ve got a stash of more than 2,500 different beers, which keeps growing. The scope is insane, so whatever your tastes, they’ll find it for you a dozen beers at a time.

Hops to Home isn’t concerned with what’s happening overseas, with their Beer Club dedicated to sourcing exclusively from Australian craft breweries. They also claim to be the “freshest” beer subscription around, with all tinnies shipped within 30 days of the first canning date.

The service comes down to two choices, either the 10-pack for $69 monthly, or the 20-pack for $99 monthly. Although do note that regardless of choice, it’s always 5 different brews, the only difference being that the less expensive pack has 2 of each beer, while the 20-pack has 4 of each. The packs are complemented each month by tasting notes, and also a monthly podcast which the team run, highlighting all the happenings in the Australian craft beer industry. There’s little doubt Slowbeer is amongst the best beer subscription services in Australia.

The newest craft beer subscription service in Australia certainly wins points for its swift start up. It was kicked off by a husband and wife team (going by the names of Mr and Mrs Tin Man) from Brunswick, Victoria, spurred by watching their favourite breweries struggle during the state’s hard lockdown.

Crafted along the idea of showcasing the variety of Australian beers to the general public, the flexible service is offering various subscriptions for their 12-box craft beer selections, ranging from one-off purchases of $63, to quarterly deliveries for $60.50 every 3 months across a year.