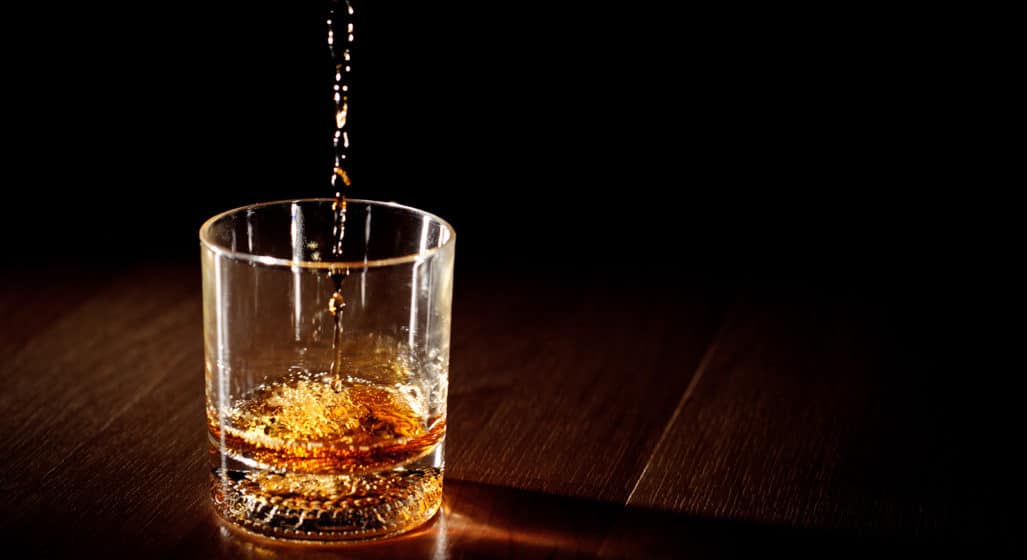 Life’s too short to be behind the eight-ball when it comes to whisky. Anyone can enjoy – or pretend to enjoy – a drop of the gentleman’s drink. I’m not advocating for a pretentious tasting summary every time you’re out for a session with your mates, but rather ensuring you nail the basics, which starts with understanding the plethora of whisky terms.

When working in a whisky shop in London, customers would often ask if I was speaking another language. Now, they could have been referring to either my thick Scottish accent or to all of the scotch jargon I was using. Assuming they were getting at the latter, they had a point – like almost all spirit categories, Scotch has its fair share of confusing terminology, ranging from the basic to the all-out geeky.

If you walk into a room of Scotch drinkers discussing “Legs” and “Butts”, resist the temptation to assume that you have stepped into a convention for misogynists – they might just be getting their whisky nerd on.

While there are literally hundreds of terms to grapple with, we have picked a handful of common offenders, from the straightforward to the niche scotch slang.

Cask Strength – Whisky bottled at the proof of which it came straight out of the barrel. ‘Cask’ and ‘barrel’ mean the same thing – in Scotland these casks must be legally made from oak.

Cooper – A man with a hammer (and other tools) who builds the wooden casks in which whisky is matured. Often a vocation that is handed down through the generations, coopering is one of the most traditional crafts remaining in whisky production. Also the 28th most popular name for new-born boys in Australia, apparently.

Cooperage – The art of ageing whiskies in barrels. 70-80% of a whisky’s taste comes from the cooperage, which is basically varying levels of oxidisation and extraction in tandem with the barrel. American bourbons, whiskeys, and ryes use new barrels, while pretty much all malt whisky uses secondhand American or Sherry barrels.

Dram – While technically a specific unit of measurement – one-eighth fluid ounce to be exact – this just means an unspecified quantity of Scotch. This traditional measure quickly became a catch-all term for a not-so-restricted measure of booze, so much so that spirit serving taverns were historically known as “Dram houses.”

Malt – Without malted barley, there is no malt whisky. Single malt scotch whisky must be made from 100% malted barley, which is malted, milled and mashed at a single distillery. The starch in the grain transforms into sugar, sugar into yeast, yeast into alcohol.

Neat – This might seem simple but bear with me. Whisky ‘neat’ is just the poison served in a glass. By itself. No ice, no water.

Proof – The amount of alcohol in a liquid compared to volume. In the UK it’s 1.75 times the alcohol by volume (ABV), in the U.S. it’s twice the ABV.

Whisky – Yeah, we’re doing this. I felt I had to, because it’s such an unnecessary point of discussion and needs to be cleared up. ‘Whisky’ is typically the spelling of the spirit from Scotland, Canada & Japan.

Whiskey – This spelling, on the other hand, originates from America & Ireland. Though some American bourbons such as Maker’s Mark use the Scottish spelling as a nod to their ancestral heritage, you don’t need to be too fussy, just know your shit and stick to the basic rule.

When discussing the process

Angels Share – Anything but angelic, this refers to the painful loss of whisky through the porous oak of which casks are made. In cooler climates, such as those in Scotland, the evaporation rate averages out to roughly 2% of the liquid in the cask per year but in the tropical climate of southern India, for example, a loss of 12% each year is not uncommon.

Butt – A larger cask which holds approximately 475-500 litres of spirit. Usually used to mature Spanish Sherry before being shipped to Scotland, often to “finish” Scotches matured in ex-bourbon barrels.

Char – Step 1. Take a cask. Step 2. Set it alight. The result? A charred cask. Okay, okay, it’s not quite as simple as that. A lightly charred barrel might only be exposed to flames for as little as 15 seconds while up to a whole minute is common for heavy char levels. The char level chosen has a huge impact on the structure and chemical make-up of the cask, and the whisky it holds.

Hoggie – Short for Hogshead, a type of cask that is slightly larger than its American brother, the barrel (250 vs 200 litres). Hoggie’s are often assembled by taking a barrel and adding in a few additional wooden staves to enlargen the cask. The larger the cask, the more whisky you can store in any given space.

Maturation – The process of ageing whisky. By law, Scotch must be left to mature for no fewer than 3 years in oak casks within Scotland but in reality, many whiskies are left to slumber for a lot longer until the master distiller deems them ready for bottling.

New Make – The super high-proof spirit that runs straight off the copper pot still during distillation. Not yet Scotch whisky – this liquid has to mature in oak casks for at least 3 years before being called Scotch – this clear spirit, often upwards of 120 proof offers a fascinating insight into the style of whisky it will eventually mature into.

Virgin Cask – A new cask which has not been used to mature spirit before. Whilst Bourbon distillers have to use virgin wood to mature their liquid by law, Scots are too tight to splash out on brand new casks. Instead, looking to their American cousins for ex-bourbon barrels to mature their spirit.

When giving your thoughts on the dram.

Balanced – The flavours blend well, with none of them overwhelming the palate.

Dry – It’s astringent, i.e feels sharp and chokes some flavours on your taste buds. Minimal to no sweetness at all.

Estery – An Ester is a chemical compound that has a fruity, flowery taste and smell.

Finish – Like many spirits and wines, a whisky’s finish is how it lingers in the mouth and is one of the most defining factors of quality.

Heather – When drinking Scotch only. Heather is a plant that grows in the Highlands, though nobody eats it and few even know what it smells like. A safe bet if you’re out of synonyms. Other descriptions can include those like creamy, harsh, malty, oaky, peppery, smokey – anything really.

Legs – The tear-drops of liquid gently rolling back into the base of the glass, post swirl or sip, are known as “Legs.” Thick, slow-running legs often indicate that the whisky will be quite textural in the mouth whilst slender, quicker running legs suggest less texture.

Peat Bomb – Peat is perhaps the most polarising element in whisky. The smoke flavour is imparted during the barley drying process, which happens over peat fire. The phrase peat bomb is used to describe an all consuming peat monster, full of smoke and attitude – often used by ‘Peat Heads’ (those who love peated whisky)

Warm – Some whiskies may actually give you a warming feel in your mouth as if the spirit was heated before you drank it. The best way to describe such a sensation.

Bodega – Technically a warehouse in which Spanish Sherry is matured, Bodega often refers to any company that undertakes Sherry production in one way or another. What’s the link to Scotch? Ex-sherry casks are highly prized and often very costly casks in which a relatively small proportion of whisky is matured. If you see a blood-red bottle of naturally coloured Scotch, it is overwhelmingly likely that casks that held Sherry or other fortified wines formed part of the maturation process.

Expression – A different version of the same whisky. Usually championed by distillers to sell more product by tweaking its age, proof, cooperage, etc.

Extraction – Whisky is a solvent that extracts various traits from the barrels it is aged in.

Indy bottling – Short for independent. Indy bottlings are Scotches bottled by anyone other than the distillery which originally produced them. Indy bottler’s often buy entire casks of aging whisky from a range of distilleries and mature these themselves, retaining complete control over how and when they will be bottled.

Sláinte – Scots Gaelic for “life.” Pronounced “slange.” Often shouted toasting with varying degrees of phonetic accuracy when toasting a dram or six of the good stuff.

Small batch – Pretty much the same as handcrafted, it doesn’t hold any legal significance.

Speyside – Scotland’s largest and most famous whisky distilling region of the country.

Because of the temperatures experienced in the southern United States, most bourbons distilled there age two-three times as fast as whiskies from Scotland. So an 8-year-old bourbon would share similar qualities to a 20-year-old Scotch.

Updated in 2020 to include words by Jack Croxford-Scott.

RELATED: Glen Moray’s Master Distiller Agrees You Can Drink Whisky However The Fuck You Want