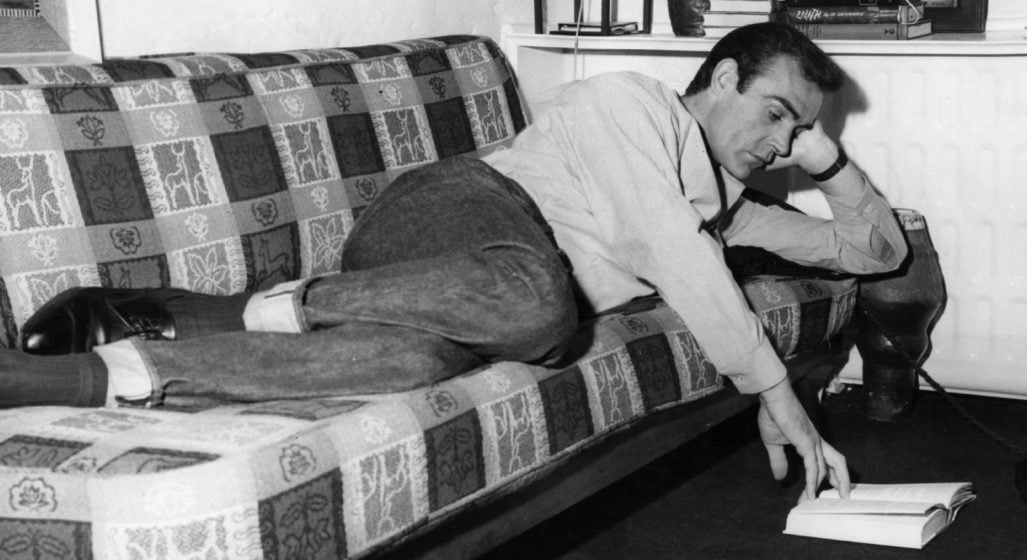 Here’s a figurative slap in the face that a lot of you need.

The majority of Aussie guys suck at being interesting. Watching footy on the weekends, putting on a punt, and smacking a few schooeys with the lads on a Friday night are not hobbies. How many times have you been hit with this age-old question from a potential love interest:

Sorry, we’re not talking about your sixth attempt at Harry Potter and The Prisoner of Azkaban or The Four Hour Work Week, even though both of these are literary bangers in their own right. I’m talking about real, classical, and what was once considered absolutely necessary cornerstones of literature. Think Anna Karenina (Leo Tolstoy), The Great Gatsby (F. Scott Fitzgerald), or even Fear and Loathing in Las Vegas (Hunter S. Thompson). Pretty much all the stuff your grade 12 English teacher would have piled on your desk.

What kind of guy is more interesting? The man who can hold his own in a conversation about the 20th century’s most inspiring novels or some loser who can’t talk anything culture-related short of the latest Avengers movie. If you play your cards right (and happen to be on the NYC subway), you could end up on this clearly popular Instagram account.

Often seen as a feminine pursuit, cooking is one of the crafts that women find most attractive in a potential partner. This Reddit post agrees that all adults should at least be able to cook the basics to be even considered as a viable lover. And by cooking for a woman at your place as opposed to taking her out to a ritzy restaurant, you’re saving money and you’re saving the awkward proposal of heading back to yours after you’ve paid the bill. Serve up a bit of pasta, a touch of red wine, right by the candlelight. Muy bien.

RELATED: 3 impressive and easy dishes any man can cook on date night

While Cosmopolitan, Huffington Post, and Elite Daily are running around like headless chooks trying to figure out why they have such an unreasonable and undeniable attraction to musicians, you should be wrapping your fingers around the closest instrument like your life depends on it. We’ve all been in that situation – sitting around the campsite and the dude with the rattiest hair and least attention paid to personal hygiene whips out the guitar. Suddenly the adoration and undivided attention of every female is turned to this guy. Do you want to be that guy? You’ll tell your mates no, but you’ll also be going home alone that night, so who’s the real winner?

And it doesn’t even have to be a guitar. Probably steer clear of the big brass instruments if you’re a newbie, but other popular instruments such as the piano are great, classy hobbies to pick up. What’s more is that learning a new instrument will also increase your intelligence, which is also a win in the dating world.

It’s always beneficial to have your ‘thing.’ Plus, you don’t need me to tell you of the benefits of continuous exercise. But sometimes walking around your local mass-franchise gym Snapchatting your Tinder matches won’t cut it as a hobby. Alternatively, joining an F45 or CrossFit box will force you to train alongside others and will give you the slow yet sure satisfaction of improving the skillset required to move your body.

On the other end of the spectrum, a recent study determined that guys whose online dating profiles have a picture of them on the rugby field get the most swipes. Even if it’s not rugby, having a basic first-hand knowledge of the game you watch every weekend is admirable.

Studies show that a man who is altruistic and caring is far more attractive to the opposite sex. Although I don’t advise you doing a good thing for the wrong reason, I do advise you to find your favourite charitable cause and put in the work. This means more than just sending 50c abroad a couple times a month.

You can already assume the biggest winners among the female population. Anything to do with baby animals is a given winner. The classic stereotype of the bronzed lifesaver saving the helpless is also an archetype that won’t be dying quietly anytime soon. Get involved with the RSPCA here, or sign up to become a lifesaver at your local surf club here.