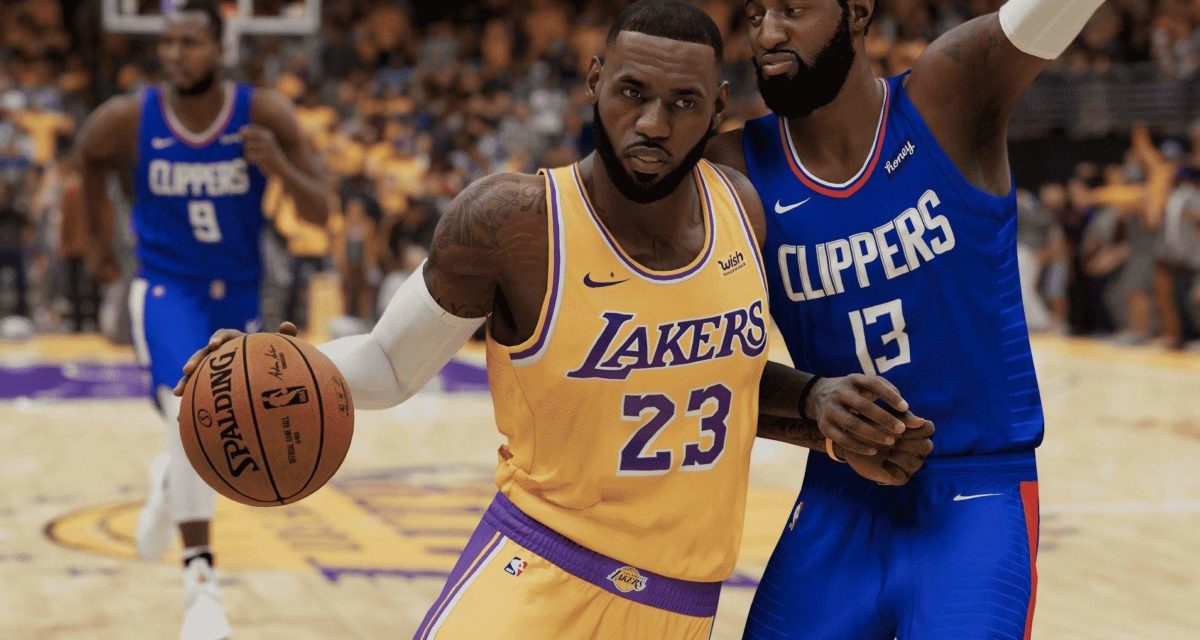 Between your favourite player being traded to a superteam, and bearing witness to 99 overall Patty Mills’ stint at the Tokyo Olympics, the 2021 NBA offseason has already proven to be quite eventful. Don’t think the hits are done rolling anytime soon though, given video game publisher 2K Sports has announced that the next iteration of their popular basketball franchise, NBA 2K22, will launch worldwide on September 10th.

This time, the next in line to the super successful gaming franchise will pack in six different cover athletes across four editions of the game. In their constant attempt to one-up what is already one of the most comprehensive sports titles in gaming history, it’s looking like NBA 2K22 will triple down on 2K Sports’ successful series.

Here is everything about NBA 2K22 that we know so far.

The Standard Edition and Cross-Gen Digital Bundle of NBA 2K22 will include the likes of Dallas Mavericks star Luka Dončić on its cover. Draped in thick brushstrokes of blue, white, and red, the cover itself is a nod to the 22-year-old’s native Slovenian flag. After being named an All-Star twice in three years in the NBA, Luka has garnered some pretty impressive praise, with former teammate and fellow cover athlete Dirk Nowitzki going as far as to say:

“I would say he’s better than me now than I’ve ever been in my prime. That’s how good he is at 22 already”.

Nowitzki is actually set to appear on a 2K cover this year himself, with a special edition of NBA 2K22 being released in honour of the NBA’s 75th Anniversary. The Mavericks legend will feature alongside iconic players Kareem Abdul-Jabbar and Kevin Durant, whom 2K Sports described in a news release as “three of the league’s most iconic big men who revolutionized the league over its 75 years.” This marks KD’s third appearance on an NBA 2K cover, following NBA 2K13 and NBA 2K15, and surprisingly a first for both Nowitzki and Abdul-Jabbar.

2K Sports are also set to release a special version of NBA 2K22’s Standard Edition in Japan that features Rui Hachimura of the Washington Wizards, the first Japanese player to be taken in the first round of an NBA draft, on the cover. Perhaps even more notable is the move to feature Candace Parker of the Chicago Sky in honour of the 25th anniversary of the WNBA – the first WNBA cover athlete in the history of the franchise.

These special covers are all paintings done by acclaimed artist Charly Palmer, whose work has largely focused on the history and culture of African Americans. Most recently, Palmer’s painting “America Must Change,” featured on the cover of Time magazine’s July 2020 issue was subject to lots of critical acclaim.

“The culture around the game of basketball is vibrant and transcends geographical boundaries”, said Alfie Brody, vice president of global marketing strategy for NBA 2K22. “This year, we want to showcase that global diversity via Charly’s amazing, one-of-a-kind art.”

The NBA 2K22 playlist will include songs from Australian duo A.B Original, along with popular artists Travis Scott, Juice WRLD, Jack Harlow, J. Cole, Freddie Gibbs, Gunna, Nas, Metro Boomin, Aitch, Skepta and many more. Players will be able to discover music throughout the year via “First Fridays,” where new songs will be added to the soundtrack on the first Friday of every new Season. Each update will feature a mix of established and growing talents to support music discovery and growth within the game.

“Basketball and music are so intertwined and have become an integral part of our game”, said Alfie Brody, Vice  President of Global Marketing for NBA 2K.

“NBA 2K has become a global platform for music discovery and that continues with NBA 2K22. This year, we are creating a dynamic soundtrack, complete with early access to unreleased tracks, new artists, and opportunities for fans to become part of the experience and solidify their place in video game history”.

This year will also see the start of brand-new ways for aspiring artists to become a part of the virtual basketball game’s overall music experience. With the new Producer Series, a Beats Pack will be integrated into the game and give opportunities to gamers in the community to record their best verses over the beats and showcase their talent. 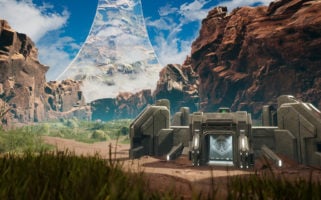 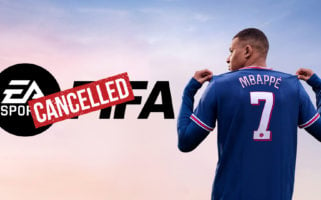 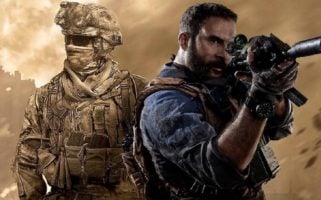 Different Editions Of The Game

The going rate for the Standard Edition of 2K22 on previous-generation consoles is $99.95, with 2K Sports not offering a free upgrade to current-generation versions which will cost you $109.95. If you have plans to upgrade your console in the next year, it may be worth copping yourself the Cross-Gen Digital Bundle for $124.99 or even going all out on the 75th Anniversary Edition for $149.99.

As for NBA 2K22 itself, 2K Sports stated that that the game will offer “best-in-class visual presentation and player AI, historic teams, and a wide variety of hoops experiences”. When the official Gameplay Reveal Trailer drops later this month, fans can at least expect to see more versatility on both the offensive and defensive ends of the court.

On the offensive end, 2K22 will have a greater emphasis on basketball IQ and left stick dribble skills, allowing players to break down defenders off the dribble with new signature moves and combos as well as precision jump shooting, dunking in traffic and more skill-based alley-oops. Alongside this, they have also added a completely new set of defensive tools which features revamped shot contest and blocking systems.

In terms of the specific experiences longtime fans can expect, 2K Sports has offered some vague sentiments about improving the features you are well and truly accustomed to by now along with announcing some never-before-seen. “Seasons” is a new feature that extends across MyTeam, MyCareer and The W (available on PS5 and XBS), introducing all-new ways to level up your MyPLAYER and earn exciting MyPLAYER prizes with new drops long after the game’s initial release.

“Throughout the year in NBA 2K22, new challenges, rewards, and events make every Season fresh and unique in MyTeam”, adds Visual Concepts. “On top of the many new features debuting in MyTeam on Day 1, even more additions are coming throughout the year, including an original new game mode this holiday season.”

Arguably the most popular mode of the game, MyTeam – the basketball answer to FIFA’s Ultimate Team – is inevitably a significant area of focus. MyTeam Draft takes its bow on PS5 and Xbox Series X, enabling you to build a fresh line-up from a constantly updated pool of players, a feature long-requested by fans. Additionally, MyTeam progress and collections will transferable between consoles of the same family (ie. PS4 and PS5, or Xbox One and Xbox Series X) along with VC wallet, MyTEAM Point, and MyTEAM Token balances.

One of the biggest differences felt between older and newer generation console users can be found in the traditional Neighbourhood feature – where you level up your created player and enter into online matches – being replaced with the City on PS5 and XBS. While the PS4, Xbox One, Nintendo Switch, and PC users will experience Neighbourhood on a virtual cruise ship, the City is being billed as bigger than ever before, and now incorporates MyCareer into what’s being sold as a single, cohesive experience.

In MyCareer, players will be able to personalise their homes and even take on side projects, such as starting up their own fashion business or pursuing hip hop as a side hustle in 2K’s new storylines. Though that does sound potentially unbearable, rest assured it cannot be worse than its real-life equivalent.

More details about the game are still to come, with a gameplay trailer set to debut later this month. Pre-orders are now open for all platforms.

As with all games nowadays, pre-ordering comes with a number of gameplay bonuses which make it well worth the anticipatory investment. If you plan to spend a significant time with NBA 2K22’s game modes then pre-ordering will give you an immediate advantage upon play-through.

2K Sports are offering incentives to pre-order their latest instalment of NBA 2K. The different versions of the game obviously come with different perks, but the Standard Edition alone will get you:

• A Boost for each MyCAREER Skill type

• A Boost for each Gatorade Boost type 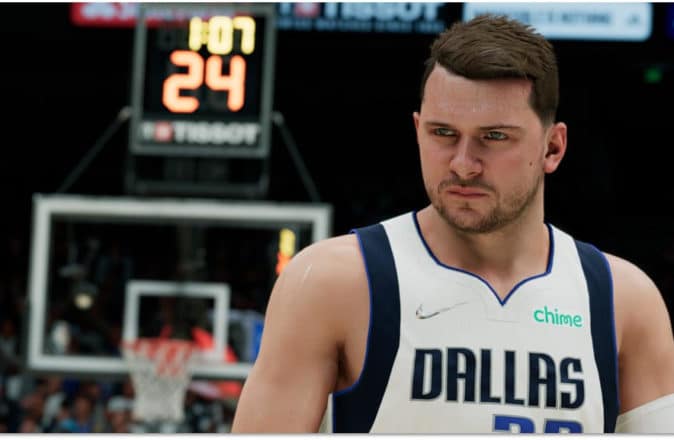 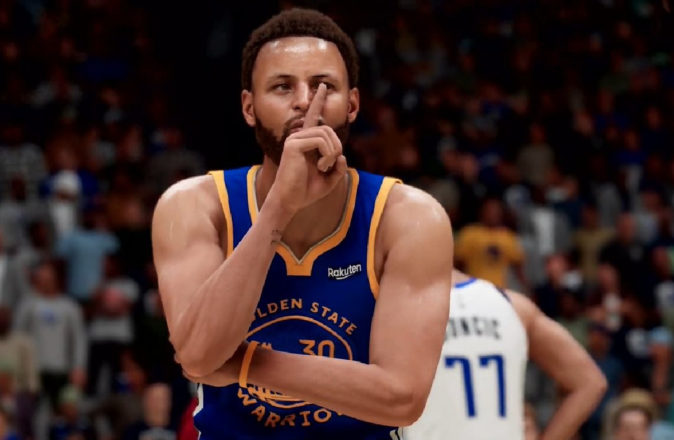