Setting aside the whole nutshell of quality for a moment, if it’s attention you want, hitting the nostalgic notes is (generally) the cornerstone of a winning formula. And having now released the very first trailer for its long-awaited revival series The Mighty Ducks: Game Changers, it’s safe to say Disney+ certainly has achieved its objective.

This upcoming 10-episode affair will take place in present-day Minnesota, where things have changed dramatically since the original films. Gone are the days of being scrappy underdogs, as the Mighty Ducks have evolved to become an “ultra-competitive, powerhouse youth hockey team” – similar to their adversaries of yesteryear.

After 12-year-old Evan Morrow (portrayed by Brady Noon) is unceremoniously cut from the Mighty Ducks team, he and his mom Alex (portrayed by Lauren Graham) set out to build their own team; one that more closely resembles the Ducks we know and love complete with misfits in order to “challenge the cutthroat, win-at-all-costs culture” of modern youth sports. With the help of the one and only Gordon Bombay (portrayed by Emilio Estevez), they rediscover the joys of playing “for the love of the game”.

Written and created by Steven Brill – the man responsible for penning The Mighty Ducks and D2: The Mighty Ducks, as well as directing the Adam Sandler classic, Mr Deeds – Josh Goldsmith and Cathy Yuspa will serve as showrunners; the latter two of the trio have been longtime collaborators on projects such as The King of Queens and What Women Want.

The Mighty Ducks: Game Changers will be available to stream on Disney+ starting from March 26th – check out the trailer above. 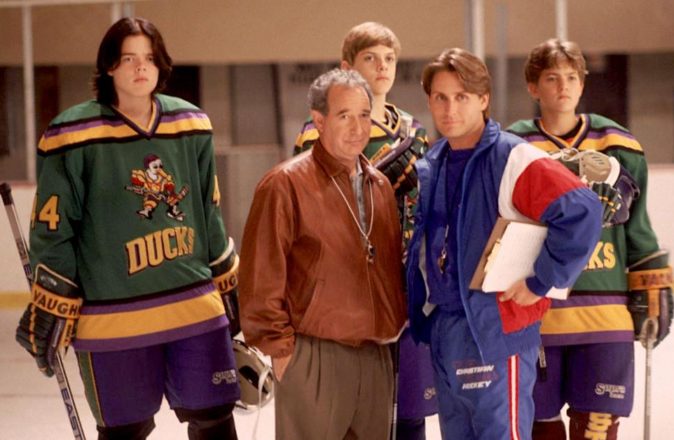