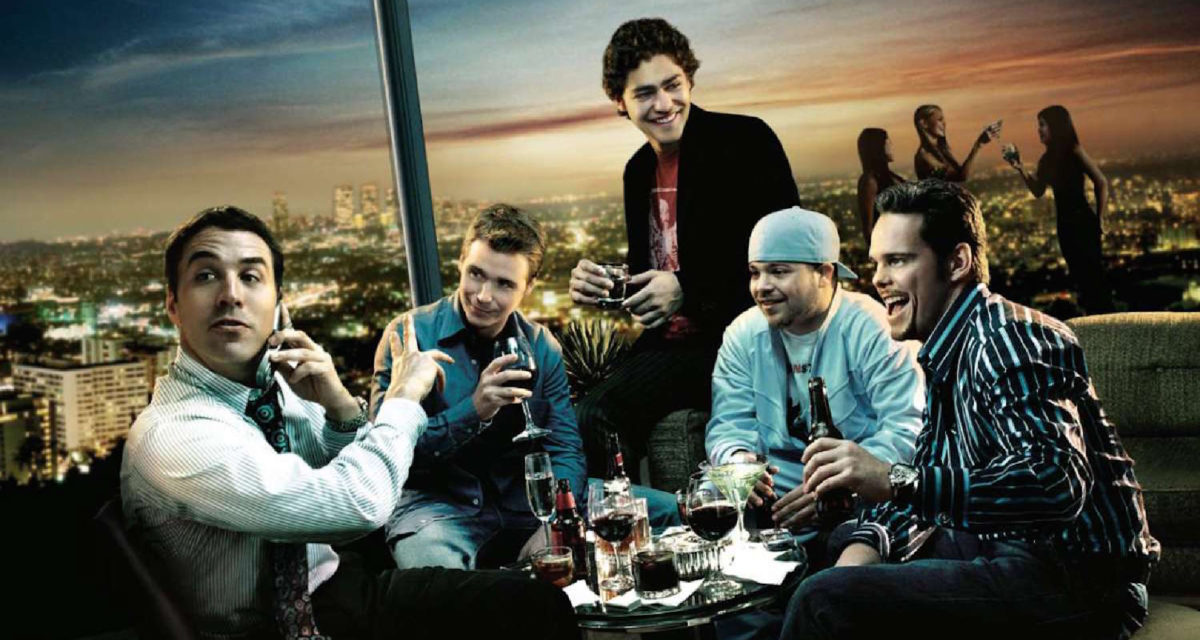 On this day in 2004, HBO’s Entourage hit the airways, inspiring an entire generation to dream about the 21st-century Hollywood lifestyle. And while neither the fashion nor social politics featured within Doug Ellin’s classic dramedy have aged particularly well, it’ll forever hold a special place in our hearts.

Granted, Entourage is loosely based on the antics of Mark Wahlberg and his own hometown crew, and yes, it depicts a version of life the vast majority of us will never experience. Despite this, there’s an undeniable element of relatability that threads all eight seasons together. One that perfectly distils the broad strokes of male comradery, of enduring friendships – and in the case of foul-mouthed power agent Ari Gold (portrayed by Jeremy Piven) – the broad strokes of ambition.

You needn’t look further than the gang itself. We might not personally know an overnight success story or a pizza restaurant schmo turned bona fide manager to the A-listers, but we certainly recognise the key archetypes:

The pretty boy who’s been kissed on the tip his entire life and coasts from day to day on Easy Mode. His redeeming quality? He never forgets where he’s from and always makes sure his boys are along for the ride with him a la George Clooney.

The operator with ambitions that exceed his intellect, ability, talent, and looks. That being said, there’s not an uncaring or insincere bone in his body. He wears his heart on his sleeve and constantly has your back.

The fella you always little-brothered and were content with keeping around as nothing more than a reminder of the good old days. Eventually, he came into his own, and you’re rooting for him to improve his station in life however he sees fit.

Just a straight-up gangster. There’s not much else to it. We all wish we could get away with being that hilarious, ruthless, and capable at the same time.

In an era defined by uncertainty and the ever-bleak prospect of tomorrow, HBO’s Entourage represents the escapism we all crave; the simplicity and promise of opportunity seldom afforded to us in real life.

Occasionally, they grapple with a setback, lose a job here and there, maybe even check into rehab to kick a cocaine addiction (who amongst us hasn’t?). But unlike reality, it’s nothing that can’t be solved over the course of an episode, sometimes several.

There’s always a bigger paycheque around the corner, a shinier car waiting at the next dealership, and in one particular case, Martin Scorsese on the other end of the phone. That’s why we love Entourage.