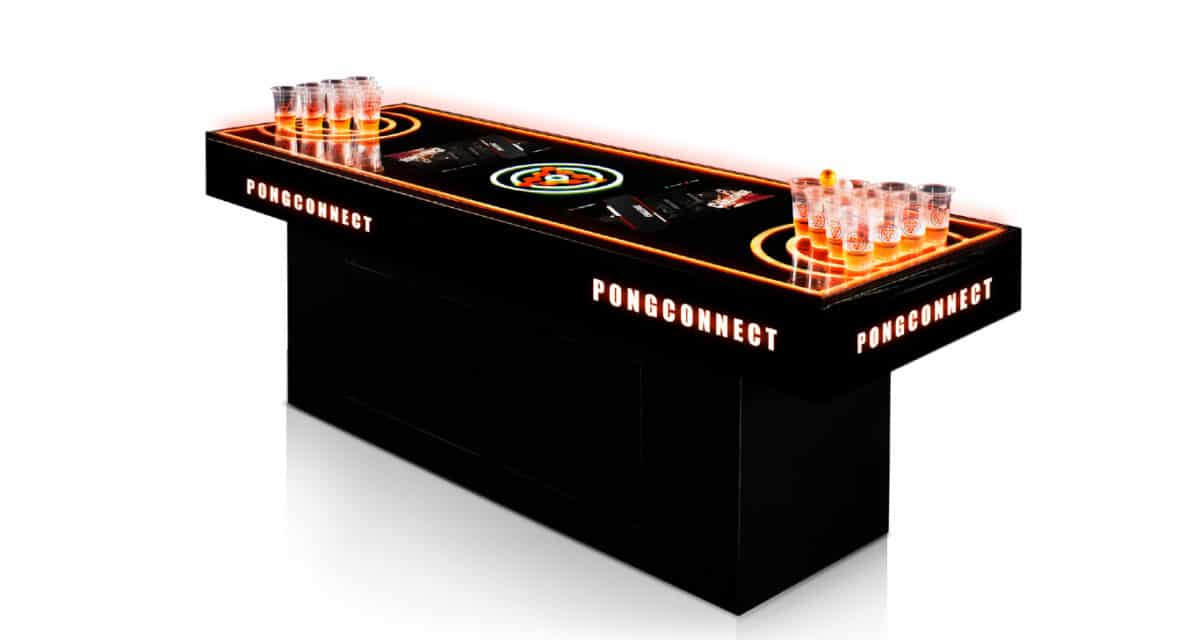 Gentlemen, I stand before you today having witnessed the future – and it looks mighty bright. Thanks to the innovative efforts of one Hong Kong-based operation, from this day forward, we shall no longer settle for any old foldaway setup or makeshift surfaces. From this day forward, we’ll only be aspiring to what is perhaps the greatest beer pong table known to mankind thus far: PongConnect.

Providing the time-honoured house party fixture with a much-needed top-to-bottom refresh, effectively dragging it across the proverbial threshold firmly into the 21st century, PongConnect is so much more than its LED display panels and light-up fixtures suggest (both from a technical and philosophical standpoint).

Built for casuals and professionals alike, it brings an entire host of features which are sure to be experiential enhancers, whatever the occasion may be. RFID detection, real-time stats + feedback, fully-automated gaming system, as well as bonus beer pong game formats to keep it interesting… to compare the PongConnect to your table tennis and red cup combination would be like comparing a Glock 19 to a sharpened tree branch. There are levels to this game and although it has served us well in the past, a sharpened tree branch simply won’t do the job anymore.

RELATED: You Can Now Buy The Golf Version Of Beer Pong

PongConnect also comes with a companion mobile app which tracks personal player stats and scores on the go as a means of connecting both beer pong players and leagues from all around the world. You may think you’re an elite-tier operator, but a global ranking will definitively put any would-be assumptions to rest.

If you’re already sold on the concept, you’ll be happy to learn PongConnect ships internationally. While it’s available in Australia, domestic pricing hasn’t been publicly disclosed via the official PongConnect website. BH have reached out for an entry-level quote, so be sure to watch this space when that detail finally comes.

Archaeologists Have Uncovered A 5,000-Year-Old Brewery In Egypt