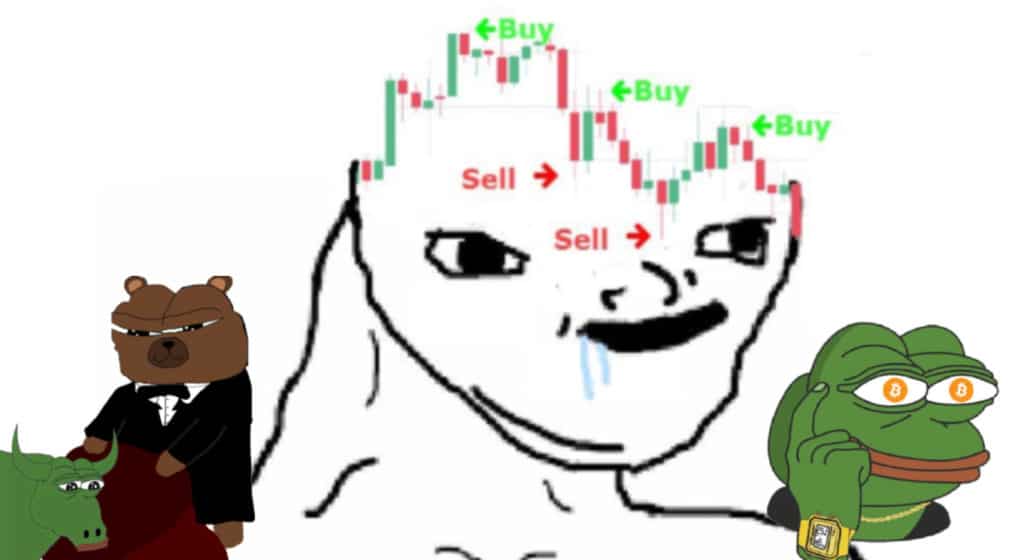 An Idiot’s Take On Anthropology #3: Why Day Trading Became The New Gambling

Meet Darren*. He’s 24-years-old and working as an account executive for a pretty respectable marketing agency. Throughout his uni days, Darren would blow his entire bartending paycheck by:

Since those halcyon days, Darren has swapped out the slaps/ponies/multis for something far more respected: the stock market. Day trading is his new thing. ASX penny stocks with some daily movement, hot new IPOs rumoured to be future 100x rockets, short positions against bluechip companies like Boeing – you name it. What’s the difference between Darren’s old life and Darren’s new life? Not a damn thing.

The allure of beating the market and living out the rest of your days in decadence/debauchery has been around for decades. But something has infiltrated the collective consciousness in more recent years. Aussie blokes are flocking to the stock market like never before to become equity rich, chasing all those untold riches with nothing more than a settlement account and the right – timing. Now, even Gen-Z are getting in on the action thanks to the introduction of all-too-convenient and scarily intuitive apps.

Regardless, it’ll soon become painfully clear. Darren is just one of a million – slash one of 200 surveyed – and like it or not, you could be another Darren.

[NOTE: Identifying details have been altered for the sake of privacy.]

The difference between investing & trading

Before we go any further, let’s clarify something very quickly. While on a surface level the two may appear synonymous, and you might even justify the latter by conflating it with the former, it has to be said – investing ≠ trading. Investing is a measured approach to gradual wealth building over an extended period of time. It’s long-term, well-considered, and value-oriented.

Trading, on the other hand, is the polar opposite and exactly what it sounds like. Rather than buying and holding, you’re buying and flipping; desperately attempting to stay ahead of the curve, hoping someone will get swept up in the speculation so you can unload some dicey AF options for some quick profit.

The birth of an average day trader

Like many aspects of modern living, pop culture has demonstrated some considerable sway when it comes to the rising popularity of day trading. The usual suspects range from the obvious films – e.g. Wolf of Wall Street – the obvious (and frankly terrible) books – e.g. Rich Dad / Poor Dad – and what I’m willing to crown the most potent of factors regarding cultural zeitgeist, the sacred meme pages – e.g. @litquidity, @notyourfathersbroker, @arbitrage.andy.

The evolution of your Standard Civilian Trader (henceforth abbreviated to SCT for the next few punchlines) probably resembled the following:

2015 – The Big Short is released, SCT sits through the entire film and thinks they’re now fluent in macroeconomics… the same way Neo sees numbers in the third act of The Matrix.

2016 – SCT attempts to read The Big Short before giving up around page 51; SCT then attempts to read Freakonomics before realising it has nothing to do with investing far later than anyone should; SCT settles on The Barefoot Investor – they soon look up a summary on fourminutebooks.com which actually provides roughly the same intellectual value.

2018 – Bitcoin and crypto hype dips in dramatic fashion, SCT’s mother grounds them for losing over a decade of birthday money; SCT maintains, “The loss isn’t realised yet” while experiencing thirty heart attacks a day due to the volatility and V energy drink consumption.

2019 – SCT catches wind of a “little known publication” called Business Insider… but only ends up having access to the headlines because there’s a paywall for every article actually worth reading; oddly enough, it’s just enough direction.

2020 – SCT purchases their very first PataBROnia puffer vest (the official midtown uniform); now they walk around calling themselves a “Size Lord” and parroting annoying catchphrases like:

2021 – Cryptos, NFTs, and r/WallStreetBets hype is at an all-time high – they’re back in the game, baby.

They’re currently looking up how much a Bloomberg Terminal will cost.

Getting down to the “why”

Cryptocurrencies were the easiest possible gateway – minimal research was required, all you needed to do was put some money down and watch the speculative value go up and down. The criticisms of capitalism within films such as Wolf of Wall Street and The Big Short may have been lost on many, but the unintended message of “You can do this too” clearly resonated right through. Particularly with young Aussie blokes, and blokes the world over.

Moreover, when you really atomise the concept of day trading, it’s remarkably similar to that of a red hot punt. There are no guaranteed returns. You’re essentially trying to one-up the odds. And thrills play a major role. Only one is viewed far more favourably than the other.

To back the word vomit you’ve just scanned through, here are some findings derived from the sample group of 200 Australian males between the ages of 21 to 29 we recently surveyed:

Now consider all of this through the lens of COVID-19. Something of a vacuum has been created with the closures of pubs, lack of access to gambling outlets, cessation of sporting events, and so forth. For some perspective, the Alliance for Gambling Reform estimates domestic gamblers saved over $1 billion on poker machines between March and April alone.

It becomes pretty clear that there’s a whole lot of money itching to be placed somewhere with even a modicum of excitement. Between late February and mid-May, retail investors/day traders were net buyers of $9 billion Australian shares, according to Vesparum Capital. Professional institutional investors, on the other hand, were net sellers of $11 billion. As per the analysis published in The Conversation, amateurs were therefore likely responsible for most of the market’s rebound since March 23rd.

In fact, ASIC has since expressed concern surrounding the influx of “amateurs”, describing it as a “train wreck waiting to happen”. Its official report notes the average retail investors/day traders are “not proficient” at predicting short-term market movements:

“While markets generally recover over the long run and tend to grow with economic fundamentals, short-term trading and poor market timing can be a major risk for investors in volatile markets. Therefore, retail investors should be wary of trying to “play the market” for short-term price movements by day trading.”

In other words, lambs to market correction slaughter…

A parting note on behalf of all your mothers

You need to understand what you’re about to delve into. All the YOLO memes, pub banter, and headline-making success stories are one thing. The stark reality is a whole different animal. Be in this for a good reason, not just the thrill of the game. Undertake the necessary research. Most importantly, you can be a cowboy all you like in your own time – you just don’t have to be one here. Because when that negative balance hits, and you find yourself in the red, the hero status you were so proud moment ago of will dissolve quicker than a Lehman Brother’s bridging loan circa 2008. 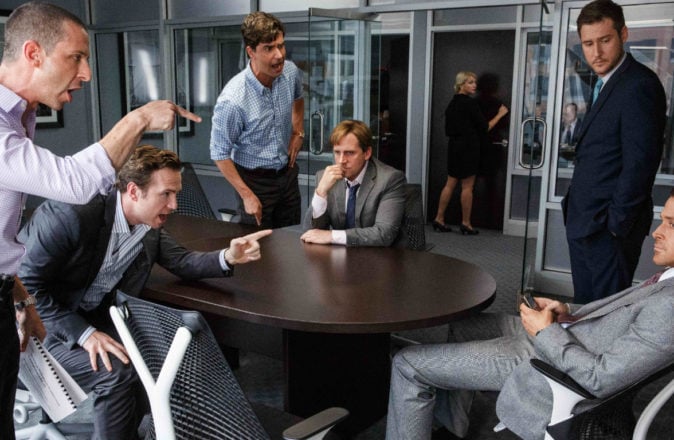