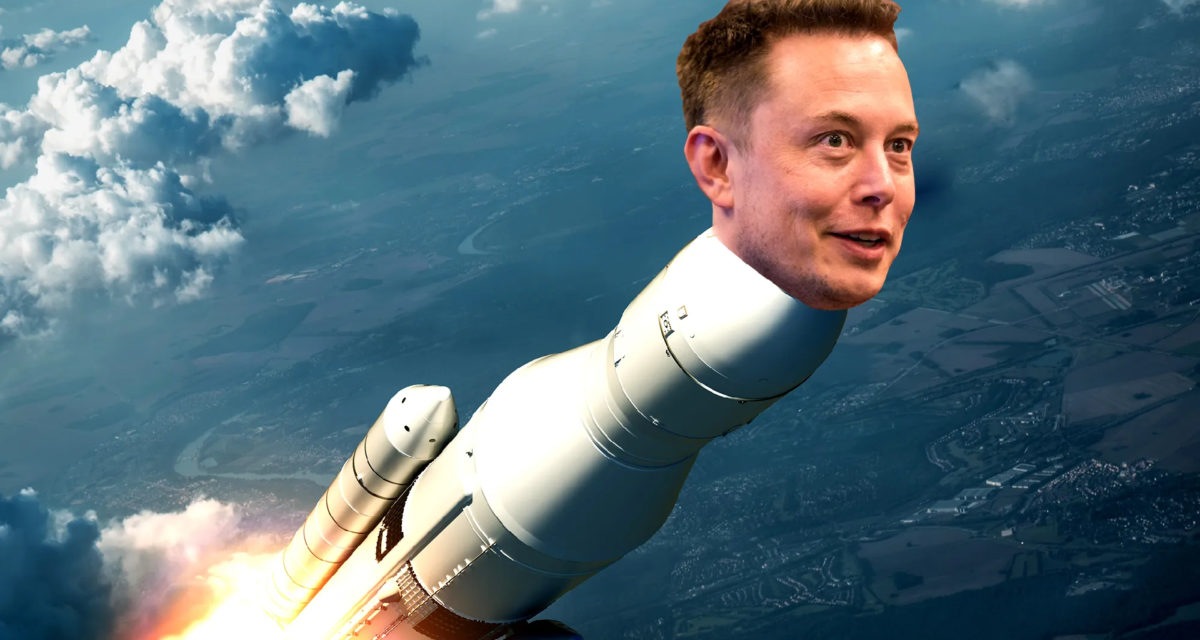 Given the rate at which his net worth has snowballed year on year, Elon Musk may soon be ditching his billionaire status to become the world’s first trillionaire (and by as early as 2024).

The projection was recently outlined in a study published by software company Tipalti Approve, which crunched the numbers based on historical data provided by Forbes.

Since 2017, the Tesla and SpaceX CEO’s fortune demonstrated an annual increase of 129%. The most significant jump, of course, was what occurred during the early days of COVID-19. At the beginning of 2020, Elon Musk already had US$26.6 billion / AU$38.3 billion to his name. In present day, not only has that figure ballooned to over US$215 billion / AU$310 billion — he’s also the richest man alive.

“As the saying goes, you need to spend money to make money,” reads Tipalti Approve’s rationale.

“Musk sank the funds from his sale of PayPal – roughly $180 million- into his new companies Tesla and SpaceX. Tesla manufactures a sells electric cars, and with a 23% stake in the company, contributes significantly to Musk’s immense wealth.”

“SpaceX generates massive incomes by charging governmental and commercial clients to send various things into space, including satellites, ISS supplies, and people. These two companies combined saw Musk’s fortune soar from $25 billion in 2020 to $263 billion in 2022.”

But the race to reach four commas isn’t exactly uncontested. Nor are the standings likely to remain static between now and the eventual minting of the world’s first trillionaire (Elon Musk or otherwise).

“Zhong Shanshan – the chairman of bottled water company Nongfu Spring – saw his net worth skyrocket from just $2 billion in 2020 to $71 billion in 2022, after two of his companies went public in Hong Kong in 2020,” adds Tipalti Approve.

“In 2017, e-commerce and global procurement giant Jeff Bezos was the first to reach $100 billion since Bill Gates back in 1999. It was Bezos, not Musk, who a few years ago was expected to become the world’s first trillionaire, and who now isn’t expected to join the club until 2030 — some six years after Musk.”

“The volatility of the trillionaire race makes it one to keep an eye on.”

Here’s everyone Tipalti Approve expects to join the trillionaire club after Elon Musk within the coming decade (as of: June 2022).

The world’s richest person, Elon Musk, has an estimated net worth of $263 billion as of 19/01/22, according to Forbes. Since 2017, Musk’s fortune has shown an annual average increase of 129%, which could potentially see him enter the trillion-dollar club in just two short years, achieving a net worth of $1.38 trillion by 2024 at age 52.

As the saying goes, you need to spend money to make money. Musk sank the funds from his sale of PayPal, roughly $180 million, into his new companies Tesla and SpaceX. Tesla manufactures a sells electric cars, and with a 23% stake in the company, contributes significantly to Musk’s immense wealth. SpaceX generates massive incomes by charging governmental and commercial clients to send various things into space, including satellites, ISS supplies, and people. These two companies combined saw Musk’s fortune soar from $25 billion in 2020 to $263 billion in 2022.

Gautam Adani & family would be a year behind Musk, with Adani reaching trillionaire status in 2025 at age 62 following his current rate of growth. Adani is the chairman of the commodity trading business Adani Group, founded in 1988. The Adani Group began with a focus on coal mines, ports, and power plants, and has more recently diversified into airports, data centres, and defence in a bid to align its business interests with India’s economic development plan, a strategy greatly favored by Adani’s investors.

The Adani Group generates the majority of its income from its six major companies, which added an estimated $79 billion to their total market value over the last year. Primarily, the Group generates revenue by completing orders from the government that lead to profits and through the importation of coal and oils which they sell at profitable prices. In addition, the Group pulls in money from shipping companies due to owning vast volumes of cargo intake through its many ports. By working with the government, the Adani Group is more attractive to international investments which also provide a huge chunk of the Group’s revenue.

Zhang Yiming is the chairman and founder of Beijing ByteDance Technology Co. Considered to be one of the world’s most valuable start-ups, ByteDance was founded in 2012 and is now valued at a staggering $75 billion having captured the interest of Gen-Z with its content-sharing platforms TikTok and Toutiao. During the first quarter of 2019, TikTok became the most downloaded iOS app worldwide.

At age 64 Ambani will become one of the world’s first trillionaires. Ambani is the chairman and managing director of Reliance Industries Limited (RIL), a multinational conglomerate headquartered in Mumbai and one of India’s most profitable companies. RIL is a diverse company, with interests spanning energy, natural gas, mass media, petrochemicals, retail, telecommunications, and textiles.

Reliance Industries Limited creates the most of its income through petrochemical refinement. Since receiving control of Reliance Industries Limited in 2005, Ambani has overseen the creation of the world’s largest grassroots petroleum refinery. More recently, Ambani bought an Indian robotics start-up for over $130 million to scale up automation across RIL, an investment very likely to increase the company’s profits dramatically in the future.

Bernard Arnault will reach trillionaire status at age 72 in 2029, five years after Elon Musk. Arnault is the chairman and chief executive of the world’s largest luxury goods company, Moët Hennessy Louis Vuitton (LVMH). By 2018, the company reached record sales of €42.6 billion seeing a net profit increase of 29%. LVMH has since hit a record of €313 billion in 2021 and for a short period in May 2021, Arnault became the richest man in the world, surpassing Jeff Bezos (this only lasted a few hours, however, as Amazon’s stock saw an uptick which reclaimed Bezos the top spot).

LVMH make their money through its five key company operations: wines and spirits, fashion and leather goods, perfumes and cosmetics, watches and jewellery, and selective retailing. This kind of decentralised operational setup allows each brand of LVMH to be agile and make its own decisions. Fashion and leather goods make up the majority of LVMH’s total revenue each year, about 39%, making money through the sale of prestigious fashion brands across the world.

Check out the original study via the link here.